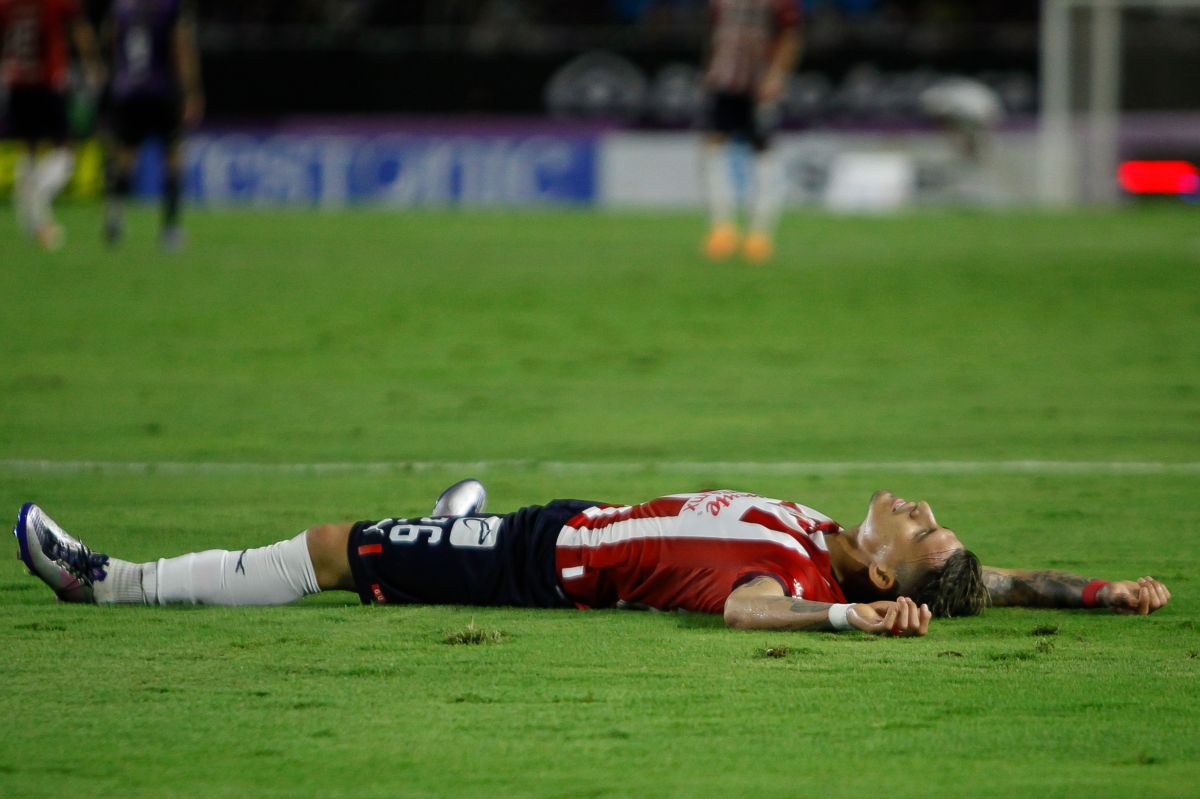 Mazatlán FC won this Friday at home by 2-1 at Chivas from Guadalajarawho still have not won in the Apertura 2022 tournament of Mexican soccer that disputes its seventh day.

Chivas came out revolutionized in the first moments of the game and in minute 3 Cristian Calderón took a free kick that demanded the Uruguayan goalkeeper Nicolás Vikonis.

In another free kick, now in the 9th minute, Alexis Vega took the stopped ball from the right and crossed a service that Luis Olivas sent just over the crossbar.

After that, Guadalajara lowered its intensity and Mazatlán settled in the field, hand in hand with the Colombian Nicolás Benedetti, who made a couple of shots on goal in the 31st minute and in the 37th that goalkeeper Miguel Jiménez rejected.

Guadalajara dominated the opening minutes of the second half, however Nicolás Vikonis prevented him from going up on the scoreboard by stopping shots from Carlos Cisneros and Zaldívar.

Mazatlán took advantage of the expulsion of Fernando González in minute 62 to open the scoring. Panamanian Edgar Yoel Bárcenas, in the 69th minute, assisted from the left wing to Emilio Sánchez, who with a header made it 1-0.

Chivas reacted and in an individual play Pavel Pérez provoked a penalty that Zaldívar missed, but on the rebound of Vikonis’s save he made his mistake to define the 1-1 in the 78th minute.

When it seemed that the equalizer would be signed, Mazatlán got the victory. On a free throw play, Oswaldo Alanís hit the ball, which crashed into the barrier and made it 2-1 in minute 87.

The seventh day of the Apertura kicked off this Thursday with the triumph of two-time champion Atlas by 3-1 over Gallos Blancos del Querétaro.

This Saturday, the Lion will visit the Rayados from Monterrey and Cruz Azul to Santos Laguna. On Sunday, the Toluca will receive Tijuana, San Luis Necaxa, Pachuca Tigres UANL and América Juárez FC.

On the seventh day, the Puebla-Pumas UNAMwhich will take place on September 23.

You may also like:
° Chivas de Guadalajara, the laughing stock of MLS: LA Galaxy made fun of the Mexican team on social networks
° André-Pierre Gignac and his love for Liga MX: the Frenchman rejected a couple of millionaire offers to stay in Mexico
° Classes for Chicharito Hernández: Santiago Giménez made a fan cry with a significant gift