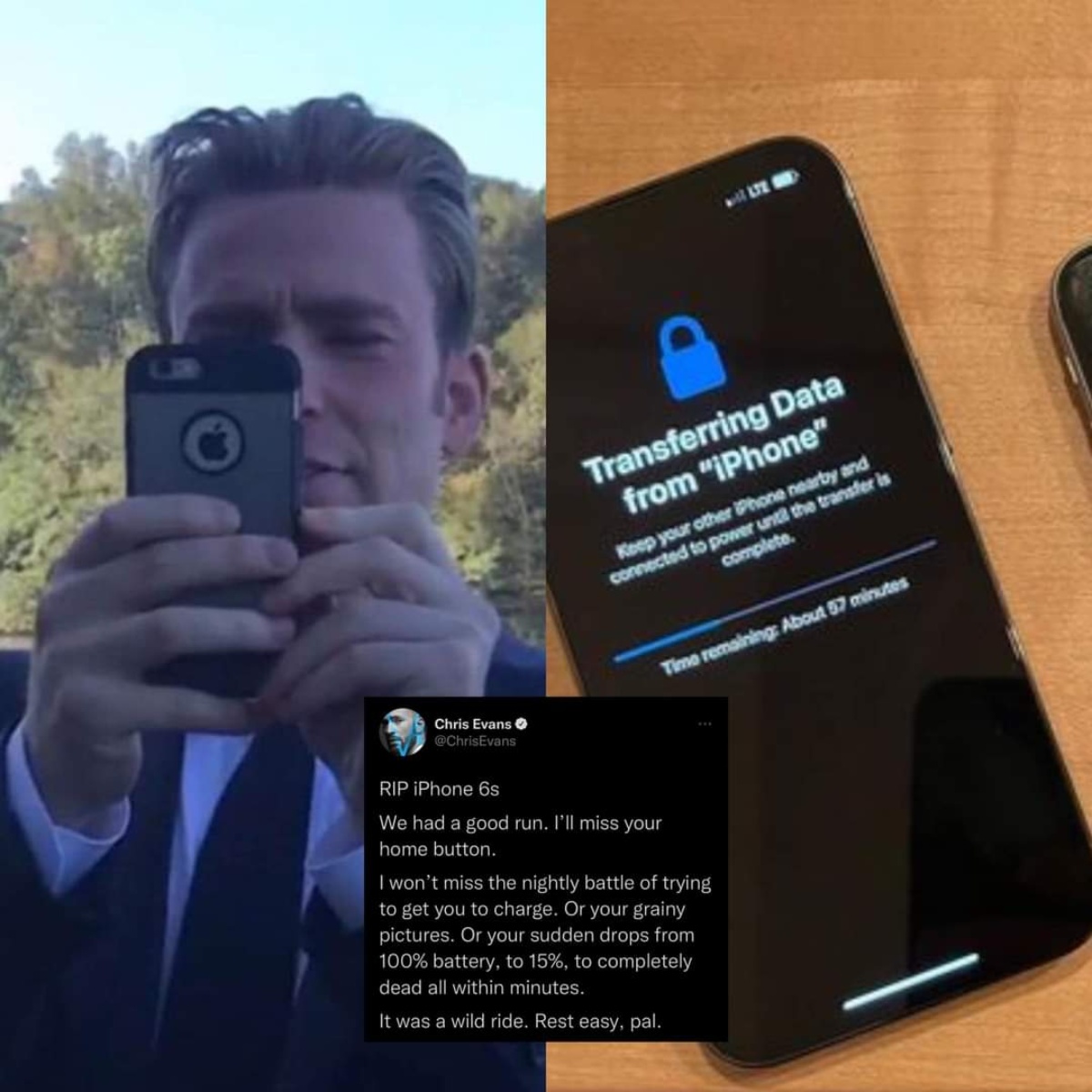 With an estimated fortune of up to $80 million, many people were surprised to discover that the star of the list to Chris Evans has been using a smartphone obsolete for a long time.

The movie star associated with the role of “Captain America” Chris Evans, has long been using the iPhone 6sa smartphone presented by Apple since 2015. This unexpected fact has just been revealed by Chris Evans himself on his personal Instagram page.

Consequently, Chris Evans has just posted on his personal page an article to “break” the iPhone 6s that he has been using for a long time to switch to another newer smartphone.

“Rest in peace, iPhone 6S. We had a good trip. I’ll miss the Home button. I won’t forget the late-night battle to stay charged, or the noisy photos you took. Or when your battery suddenly drops from 100% to 15% and completely dead in a few minutes. It’s been a wild ride. Take a break, man,” Chris Evans wrote on his personal Instagram page, alongside a picture of an old iPhone 6s. Next to a new iPhone that this actor has just bought, it is not difficult to recognize that it is a Phone 13 Pro.

We’re space rangers, we finish the mission. ������ Go behind the scenes with Chris Evans, the voice of our legendary hero Buzz Lightyear. Watch #Lightyear only in theaters and get your tickets now: https://t.co/rrSAgBPcHk#BuzzLightyear pic.twitter.com/fsEVSQg0fz

It is not clear why Chris Evans did not wait for the launch of the iPhone 14 to renew the phone, but most likely, with this actor, a Phone 13 Pro Max will be more than enough for his needs.

Although it was released 7 years ago, Apple still supports iPhone 6s to update to the latest version of iOS 15. However, with the iOS 16 version to be released this fall, Apple will no longer support iPhone 6s and this is probably why. why Chris Evans parted ways with his old phone.