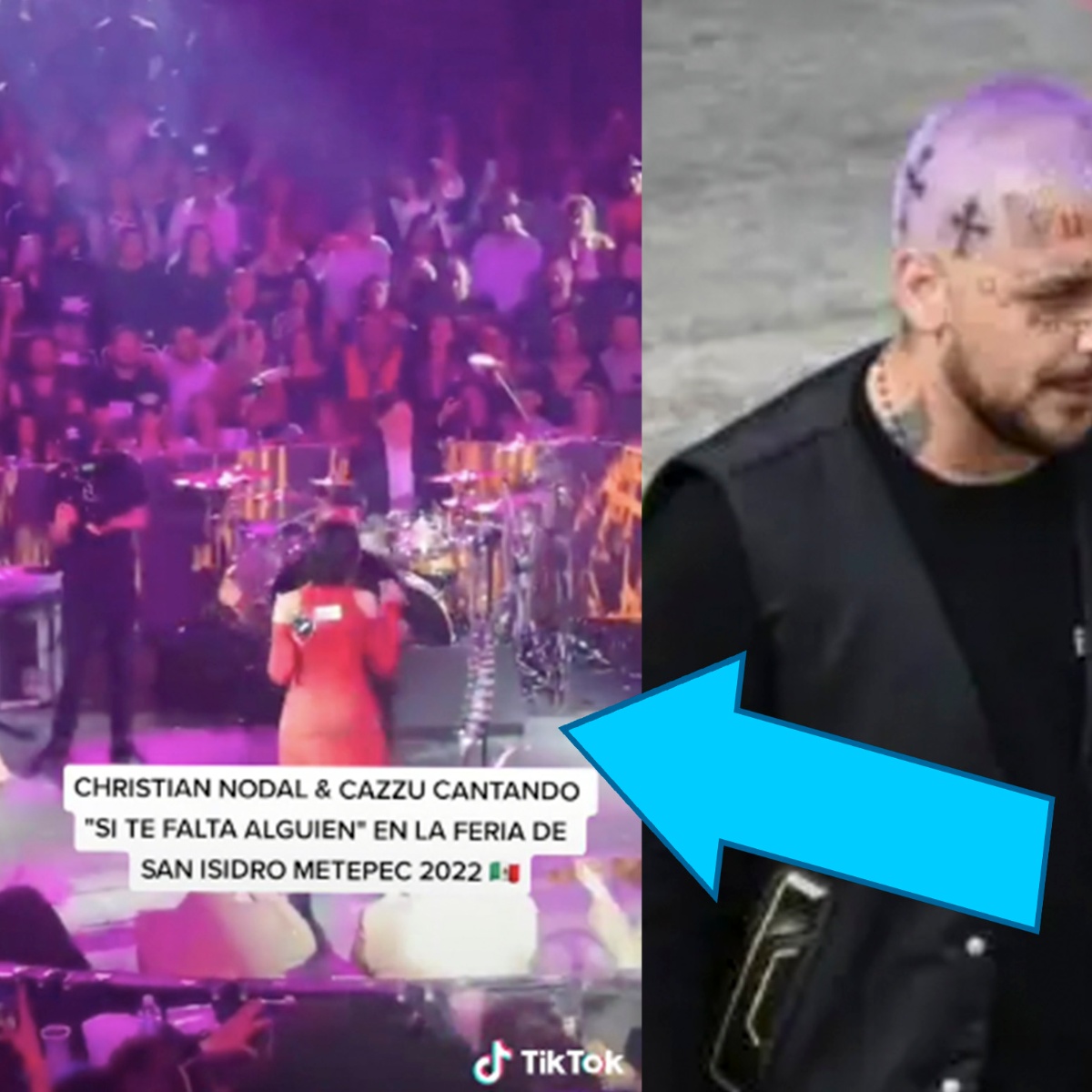 The talented singer Christian Nodal seems to be coming off his losing streak. In recent days he has been seen very affectionate with Juliet Emilia Cazzuchelli, better known as Cazzu, an Argentine rapper, singer, songwriter and director.

First, a couple of photos emerged where they are seen hand in hand in Antigua Guatemala, but now, a video has been released on TikTok where he invites the beautiful woman to the stage and they sing together Si te falta alguien.

At first, the Sonoran is seen approaching Cazzu, who has a long red dress.

“Do you want to sing with me?” can be read on Nodal’s lips.

And later they are together on stage holding hands as if it were a romantic postcard, which has made Christian’s fans fall in love, and they are happy to see him happy and starting a new story, after the sad breakup with Belinda.

This is the TikTok video:

Are Christian Nodal and Cazzu dating?

So far it has not been confirmed that they are in a romantic relationship but it is evident that between the two there is something more than a simple friendship. When Nodal invites her to her stage, you can see that he is happy to see her and you could even say that her eyes shine, just as her fans say.

These photos have also divided opinions between those who think it’s too early for him to date someone else and those who want to see Christian happy in a relationship again. However, so far the truth is not known and it could even be simply a collaboration.

If you don’t know Cazzu, here we will introduce her to you. Julieta was born on December 16, 1993 in Fraile Pintado. She began singing at the age of eleven. She began her musical career in cumbia, under the artistic name of Juli-K. She was also in various rock bands where she had her first shows in which she sang live.