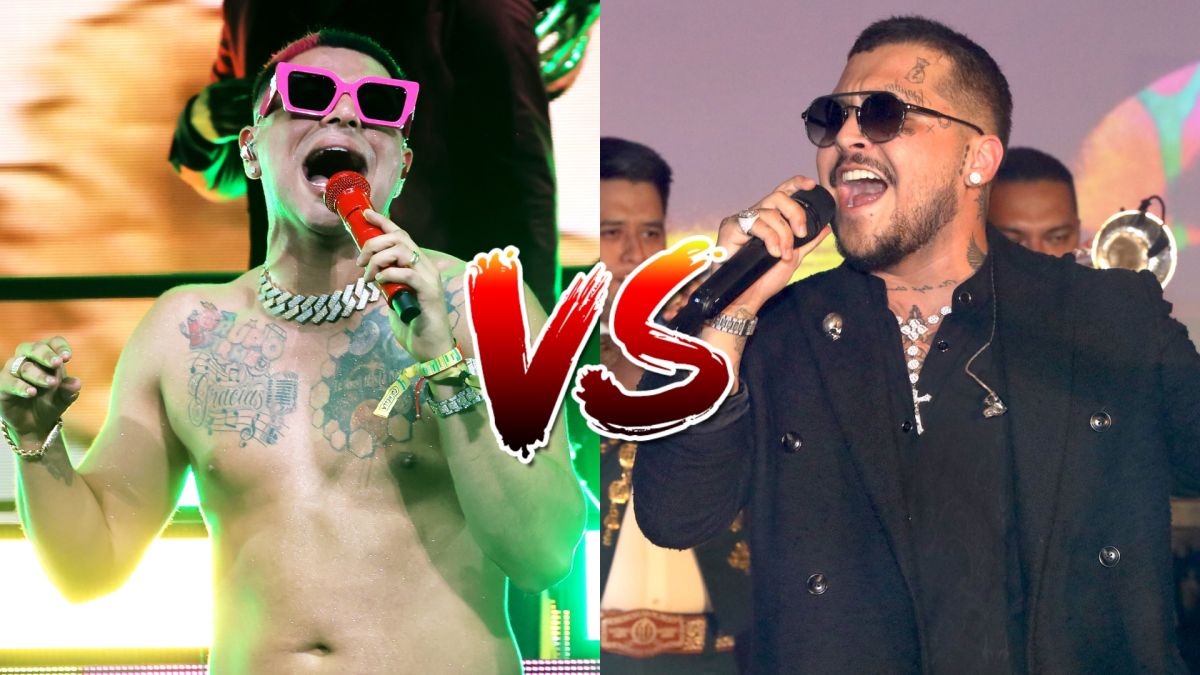 Christian Nodal Y Eduin Caz of Firm Group they have become the artists of the moment of the Mexican Regional, because they are not only dominating the international charts, also in the popularity lists, as in the case of the “50 most beautiful”, according to a social magazine. With this nomination, the artists once again demonstrated that they conquer with their talent, charisma and gallantry.

Both interpreters have achieved millions of fans outside and inside Mexico, and they have also conquered several fans not only for the lyrics of their songs and for their voice, but also for their demeanor and charisma. Since he ended his relationship with Belinda, Nodal has been related to different women, and it is said that his latest conquest was the rapper Cazzu, whom he was seen kissing at a concert in Bolivia.

For its part, Despite the fact that the leader of Grupo Firme is married, this has not been an excuse for him to continue showing off his gallantry during his concerts and on social networks. Due to this, he has starred in some controversies about his alleged infidelity, however, he has come out to show his face and face criticism.

People en Español magazine revealed its list of this year’s most attractive celebrities as voted by the peoplewhere different artists appeared, including the singer of “Botella after bottle” and the vocalist of Grupo Firme, who were in the “Bellos de la Música” category, along with Daddy Yankee, Karol G, J Balvin, and others.

While the list in this category was dominated by urban artists, the Mexican singers were the only ones from the region that were included, along with Chiquis Rivera, daughter of Jenni Riverawho is also standing out in the industry and is considered one of the most beautiful curvy girls in the artistic world.

In the complete list you can also find other celebrities such as Adamari López, Eugenio Derbez, Anuel AA’s wife, Yailin “the most viral”, Maite Perroni, Karol Sevilla, Alejandro Nones, and Eduin’s own brother, Jhonny Caz, who is located in the category “Leaving Footprints”.