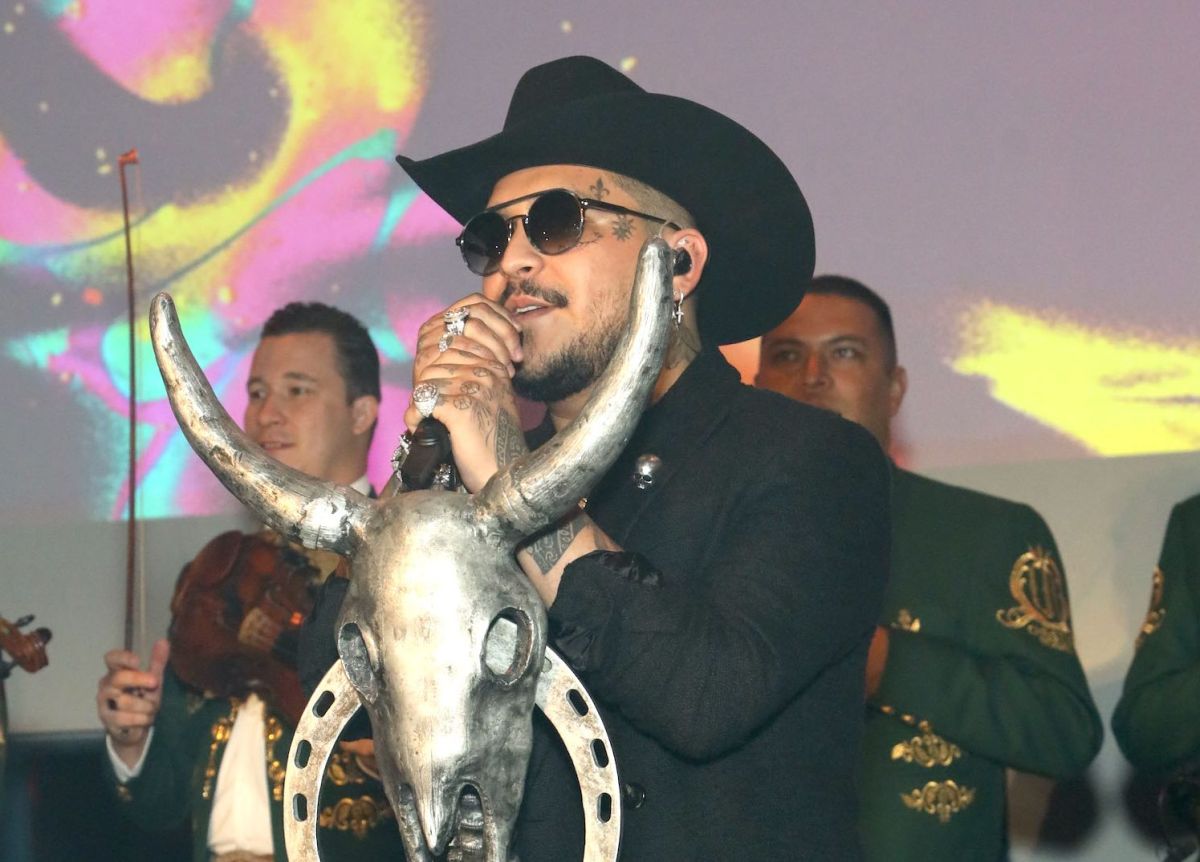 Christian Nodal surprised his followers in Montería, Colombia, because he could not hide his feelings and ended up breaking down in tears on stageassuring that he needed to vent for everything he is experiencing.

The interpreter of songs like “They didn’t tell you wrong” and “Bottle after bottle” is going through difficult times on a personal level, which have become a topic of conversation within social networks and have even provoked criticism and accusations that, he confesses, he affect considerably.

The above was revealed by the same singer on stage during the concert he offered in Montería, Colombia, where He broke down in tears to vent to his fansrevealing how much everything that is said about him in the different media affects him.

“The media don’t love me, but the reality is different. It has been difficult for me to reach this beautiful audience that I have today and it’s not fair that they talk about me to get money, I’m not a human being m$%&. I only interpret my lyrics and my music“, he explained.

Christian Nodal’s return to Colombia as part of his Forajido Tour became a very special night in which he even came to tears when he shared with his audience how he is emotionally.

“I am not a good example of a human being, I am 23 years old. The difference is that mine, everyone takes video, takes a photo and you don’t take a photo or video when you are acting as a human being. Empathy is lacking in this world and tenfold me, I needed to use this moment to vent“, the singer pointed out before continuing with the show.

This is how the presentation ended up becoming an emotional night in which the Sonoran opened his heart to put a stop to criticism and ask for more empathy.

Despite the request made Christian Nodalthis same night a video was leaked in which he was seen again next to the Argentinian singer Cazzuwith whom appeared exchanging samples of affection before going on stagewhich they say could confirm their romance.

You might also be interested in:
–Christian Nodal confesses that he attempted against his life by jumping from a second floor
–Belinda reacts to the alleged courtship between Christian Nodal and Cazzu during her return to Mexico
–Christian Nodal reveals his secrets to the magazine ‘Rolling Stone’