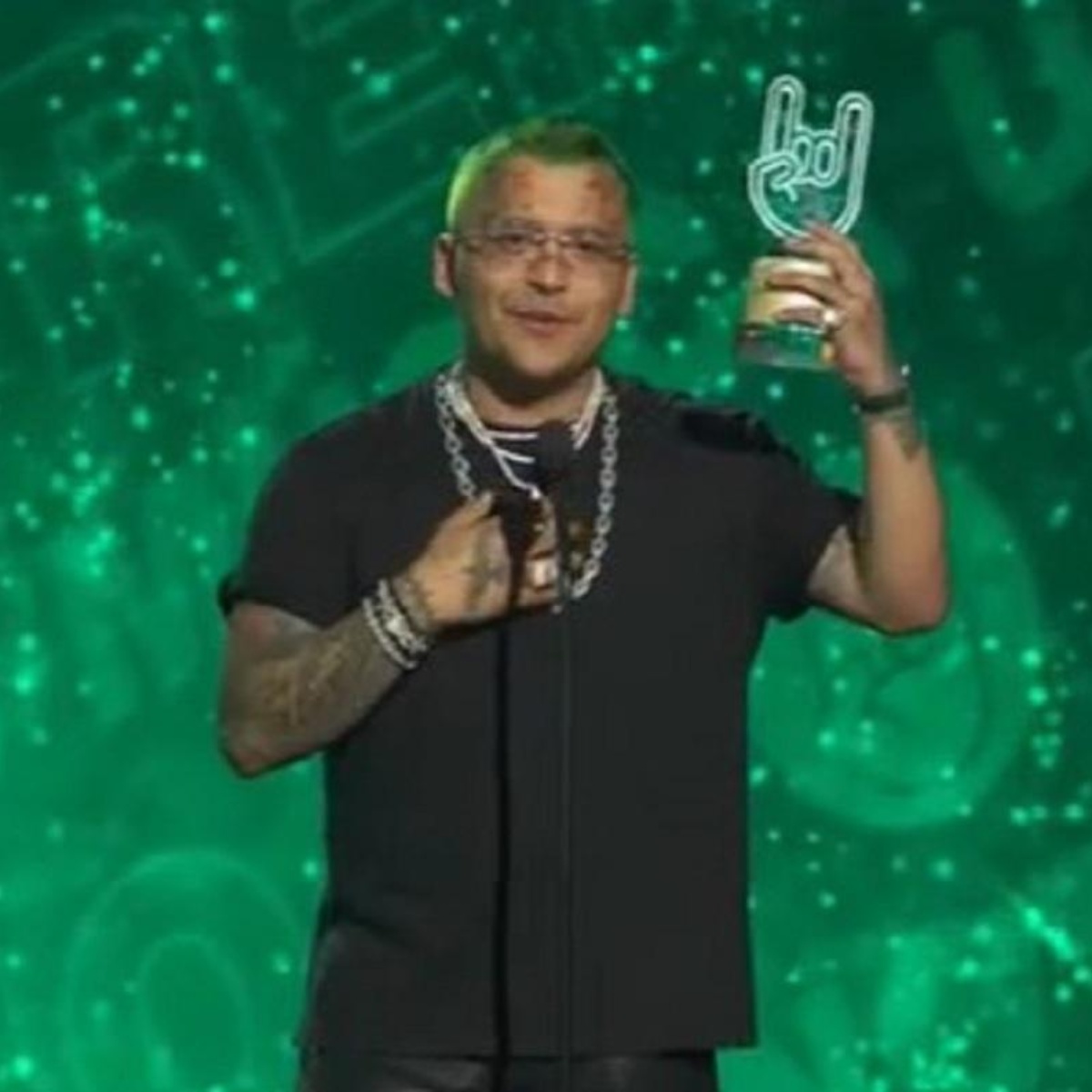 Christian Nodal is one of the famous Mexican singers featured at Premios Tu Música Urbano 2022, on Thursday night, June 23, but not as a reggaeton or trap artist, but in a surprising way, without taking into consideration his talent for regional urban music.

The now green-haired Nodal, who recently announced his Forajido US tour, took center stage at El Coliseo to perform his Gera MX-assisted Billboard Hot 100 hit “Botella Tras Botella” before being joined by on stage the promising 15- to the one-year-old singer VF7 by their collaboration of “Pensar en Ti” a “corrido tumbado” song.

In March, Nodal scored his highest debut on Billboard’s Hot Latin Songs chart as a solo artist with “Ya No Somos Ni Seremos.” Earlier this month, he scored his fourth consecutive top 10 on the Regional Mexican Albums chart with his six-track EP Forajido debuting at No. 6.

This week, “Te Lloré Un Río” by Maná con Nodal hit the top 10 on the Latin Airplay chart, marking the return of the Mexican rock group to the top tier of the chart for the first time in over five years.

IT MAY INTEREST YOU: Eduin Caz and Nodal, where have they stood out as the most beautiful in music?

The third edition of Premios Tu Música Urbano, hosted by Omar Chaparro, Zuleyka Rivera and Carmen Villalobos, will be held at the Puerto Rico Coliseum and will be broadcast live for the first time on Telemundo, awarding artists in 34 categories.