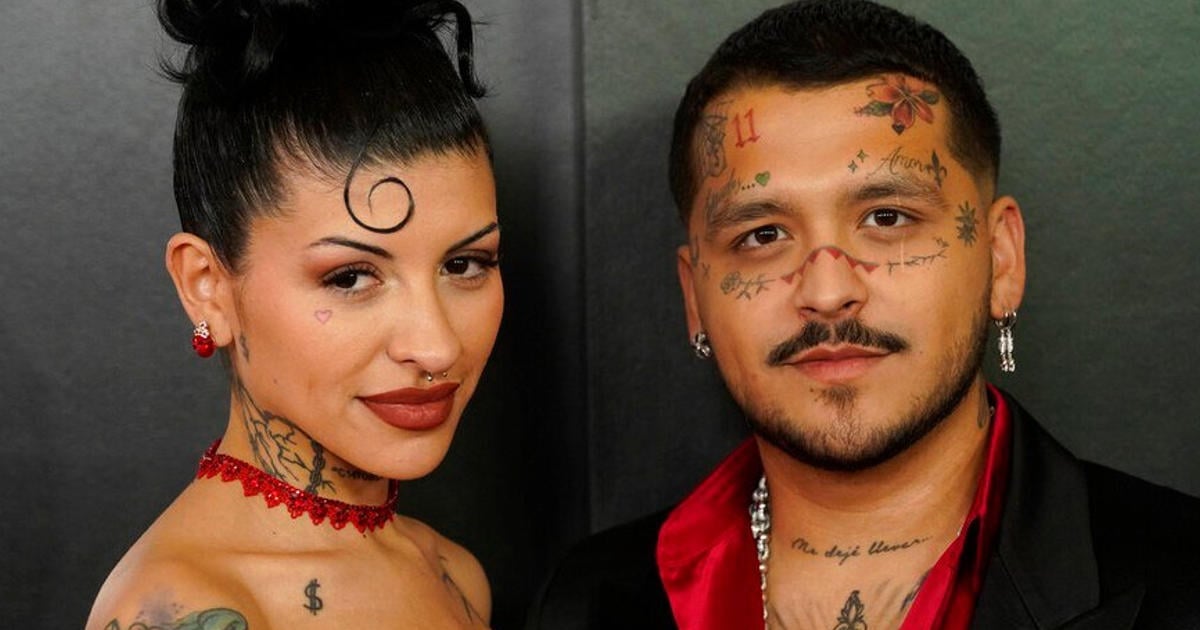 Christian Nodal arrived for the first time at a musical event with his girlfriend, Cazzu, and officially introduced his partner to the media and the music industry.

However, the media was not only surprised to see them arrive together at the Latin Grammys 2022, but they even coordinated their outfits.

And as those who study the psychology of color would say, red is passion and 23-year-old Christian Nodal wore it with Argentinean rapper Cazzu.

Christian Nodal and Cazzu will be the 2022 Latin Grammy Awards stars.

Christian Nodal made it official, and although we all already knew, 28-year-old Cazzu is his new girlfriend, as they arrived together at the Latin Grammy 2022.

Besides this being Christian Nodal’s first public appearance with Cazzu, it is one year and two months since the only event he went to with his ex Belinda.

However, the appearance that left everyone spellbound by Christian Nodal’s excellent pairing with 33-year-old Belinda was left in the past by Cazzu.

The couple not only made an impact by arriving together but also showed how in sync they were and wore the same color.

Christian Nodal and Cazzu arrived in red, a color that is attributed to passion.

And while some talk about his arrival at the Latin Grammy 2022, others highlight how spectacular Cazzu looked in the outfit, he chose for the awards ceremony.

Christian Nodal with Cazzu at the 2022 Latin Grammy reminds the audience of Belinda.

Christian Nodal’s first appearance with Cazzu at the Latin Grammy 2022 was impressive, but it also brought back memories of his ex-girlfriend Belinda.

It’s been a little over a year since Christian Nodal had his first appearance with Belinda, also at a Latin music event.

But no, it was not the Latin Grammy 2021, but the Billboard Latin Music Awards.

However, at that time, although the couple did arrive somewhat combined, the passion red color stands out far above the gold that he and Belinda wore that time.

“We have to accept that he looks better with her than with Beli.”

Even Cazzu’s followers say that in her relationship with Christian Nodal, she does feel that there is love.

“Beautiful combinations in everything you feel love in this couple.”