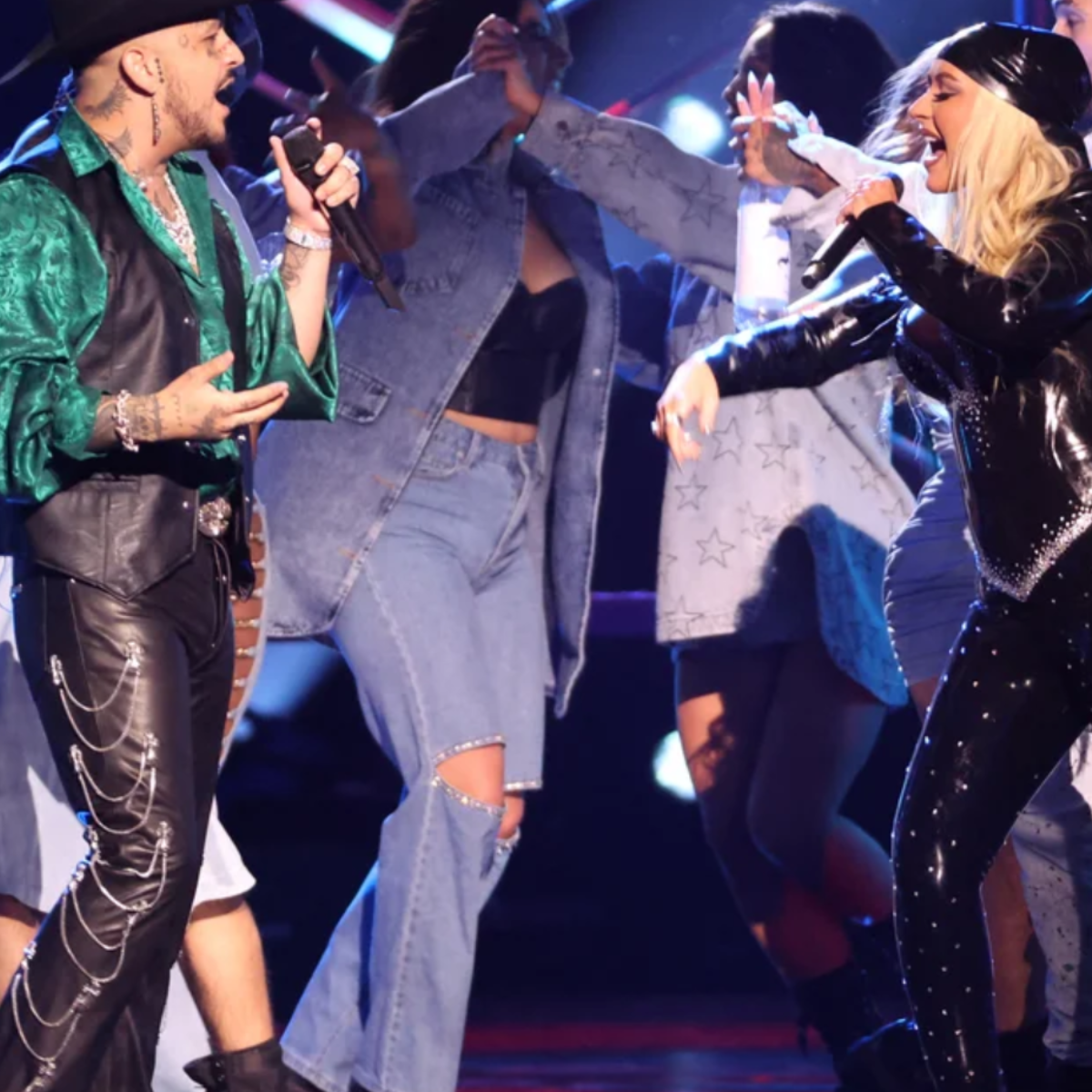 There is no doubt that Christian Nodal is one of the most important Mexican regional Mexican artists, which is why he is one of the most sought-after and has been gradually carving a niche in the important music awards along with other names such as Christina Aguilera, Angela Aguilar to name a few.

That is why the artist has become one of the most awarded faces of regional Mexican music since, in three consecutive years, he has won the award for Best Regional Mexican and Texan Album, which has placed him as one of the figures with a promising career due to the age of the famous artist.

As we told you in American Post News, in the most recent edition of the Latin Grammys, Nodal dedicated the award to his girlfriend, the rapper Cazzu, because he assured everyone that she “restarted” his life.

And it was on that same night that the eyes of the world saw thousands of talented artists parade, one of them was Christina Aguilera. She was nominated along with Christian Nodal to compete with other talented artists such as Angela Aguilar, Grupo Firme, Eden Munoz, Matisse, and Carin Leon.

That is why they both performed on stage at the Grammys with their song “Cuando me dé la Gana” and surprised everyone with their tremendous performance that received praise from all the fans.

For this presentation, the American dressed for the occasion wore a black outfit with a black bandana and sequins and gave galas of his magnificent voice. The collaboration has given so much to talk about on social networks that fans asked for a full album of both collaborating in this genre.

Although she was born in Staten Island, New York, Christina Aguilera’s father is Ecuadorian. At the same time, her mother is American, so during her childhood, she learned to speak Spanish and said that her latest album bears the name of her paternal surname to honor her Latin roots and family heritage.

However, the Grammys were not the first time the singer ventured into Spanish-language music since, in 2000, she released an album entirely in Spanish called “Mi Reflejo.” More than two decades later, Aguilera featured collaborations with several Latin artists such as Becky G, Nicki Nicole, Ozuna, Tini, and Nathy Peluso.

She is also remembered by many in Mexico for performing the theme song for the telenovela Como en el cine, called “Falsas Esperanzas.”