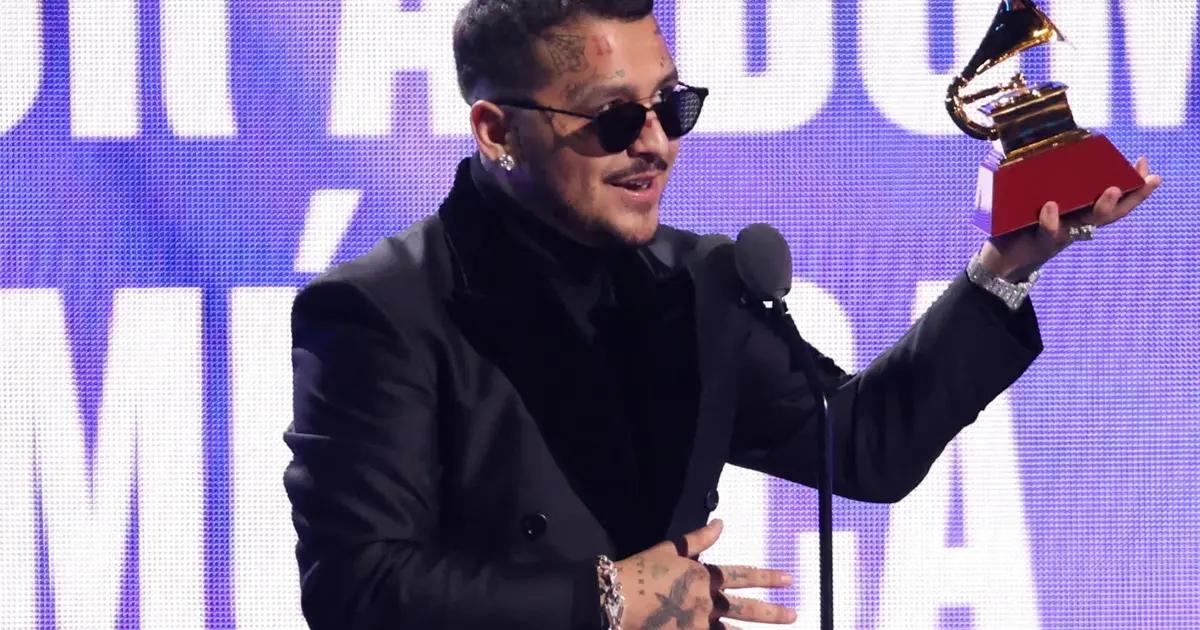 Once again, Christian Nodal disconcerted his fans with unexpected news. He postponed the last two concerts he had scheduled for 2022 as part of his Forajido Tour. The singer has not commented on the matter, but according to a press release issued by his team on social networks, he decided in common agreement with the company that hired him for a powerful reason.

The singer of “Ya no Somos ni Seremos,” “Botella tras Botella,” and “Adiós Amor” once again sparked controversy by changing his presentations in Saltillo and Torreón with only a few hours notice. According to the information shared by JG Music on his Instagram account, Nodal decided to change his plans at the last minute because he will use the rest of the year to enjoy a vacation.

“With this change we conclude the 2022 tour, since our exclusive artist, Christian Nodal, will take a well-deserved rest for the rest of the year, which he will use to continue creating music for his audience and prepare new surprises for the 2023 tour […] Thank you very much for your support in the Forajido Tour throughout this 2022″, reads the document.

Without further information, the company informed us that the shows scheduled for November 25 and 26 in Saltillo and Torreón will be rescheduled for March 10 and 11, 2023, respectively.

It was also confirmed that the tickets already sold will not lose validity since those who already have them will be able to use them on the new dates without any inconvenience. However, no information was provided regarding a possible refund or cancellation process.

The news surprised Christian Nodal’s fans, who were ready to enjoy his show on the previously mentioned days; while some lamented the sudden decision made by the 23-year-old singer because they dreamed of seeing him on stage, others asked for a refund.

“Give back the money for the tickets sold.” “Tickets were too expensive here in Saltillo. He is not selling like he used to and even more postponing his concerts because of his girlfriend, who will have a concert in Mexico. He is going from bad to worse”. “Second time, he cancels here in Torreón.” “They only cancel those in Mexico, not even those in the USA, because they know they make more money in the USA.” “When he goes to give a concert, nobody will believe him, and they won’t buy the tickets” were some of the reactions.

Among the comments were criticisms against Belinda’s ex-fiancé for the strange coincidence between the canceled dates and the concerts that his new conquest, Cazzu, will offer in Mexico City. The Argentinean singer is part of the Coca-Cola Flow Fest 2022, a music festival to be held on November 26 and 27 at the Autodromo Hermanos Rodriguez.