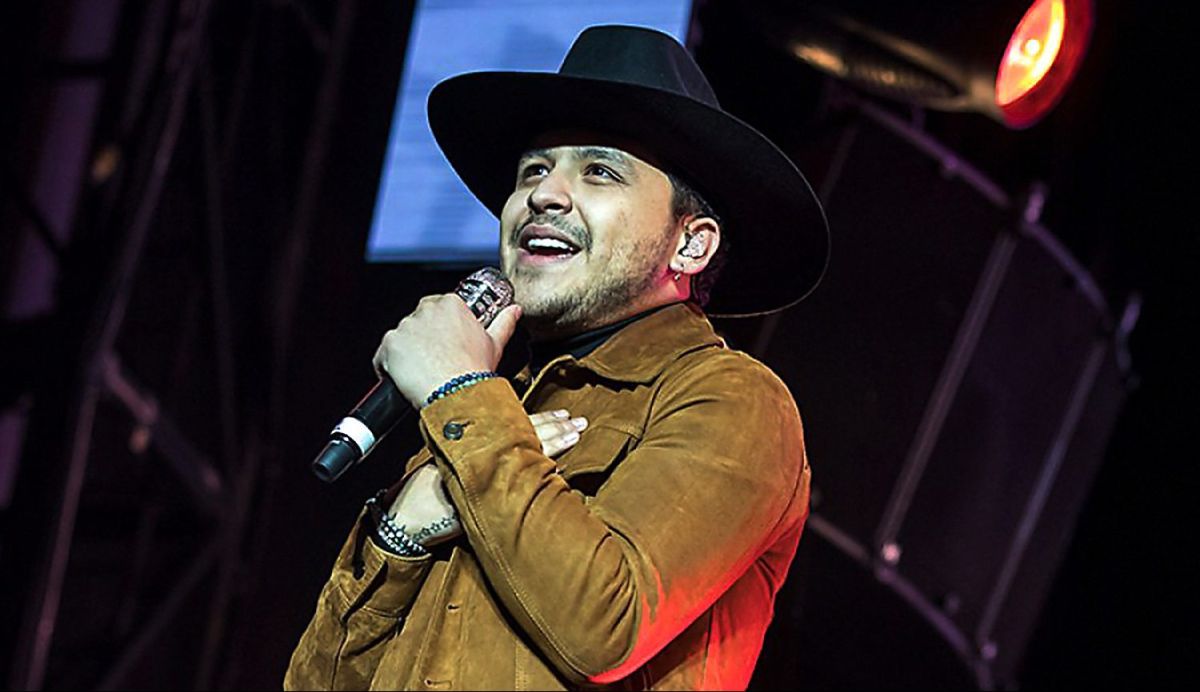 When everything seemed to be honey on flakes in the life of Christian Nodal, A strong problem would be facing the singer originally from Caborca, Sonora, this despite having great success on a personal and professional level.

And it is that everything seems to indicate that Nodal could be banned in the media and even, the singer could not give shows alongside artists like the MS Band and even with his own girlfriend Belinda.

A few days ago it was revealed that Nodal would have sued the record company he worked with, however, according to journalist Gilberto Barrera who wrote in his column for a recognized national newspaper, the record company would already be doing the same.

And it is that, According to Gil Barrera, the response of the record company with which Christian Nodal worked in recent years, comes with everything since the company would have asked the support of AMPROFON (Mexican Association of Producers of Phonograms and Videograms) to issue a statement and thus the media reproduce the songs of the singer.

But that would not be all because in said lawsuit, they will also ask to avoid having any commercial nexus with the parents of Christian Nodal who are the representatives of the singer, as well as with his girlfriend and fiancee Belinda Peregrín.

The lawsuit against Christian Nodal by the record company that worked with him in recent years is very strong and everything detonated due to the duet that he recently recorded alongside the MS Band., which according to the aforementioned source would also have a veto.

In this column written by Gil Barrera, the journalist assures that “no one can do business with Christian Nodal and whoever ignores this measure will be fined more than 3 million pesos.”

Belinda does not detach from Christian Nodal

A few months ago, the continuity of the relationship between Belinda and Christian Nodal was called into question due to various circumstances that led us to think that the love between the couple had come to an end, however, with the passing of weeks, both has shown that they are more united than ever because to begin with, the so-called couple of the moment also worked together because Belinda was the producer of a music video of the Sonoran and now Belinda does not detach from her fiancé either in the sun or in the shade there are already several concerts to which he accompanies him.

Belinda has captured the attention in the last concerts of her partner because a few weeks ago, after the presentation of the Sonoran in Sinaloa, the couple was caught eating tacos, while a few days ago, Belinda stole the show by giving flowers to her fiance who a fan had sent him in full concert.