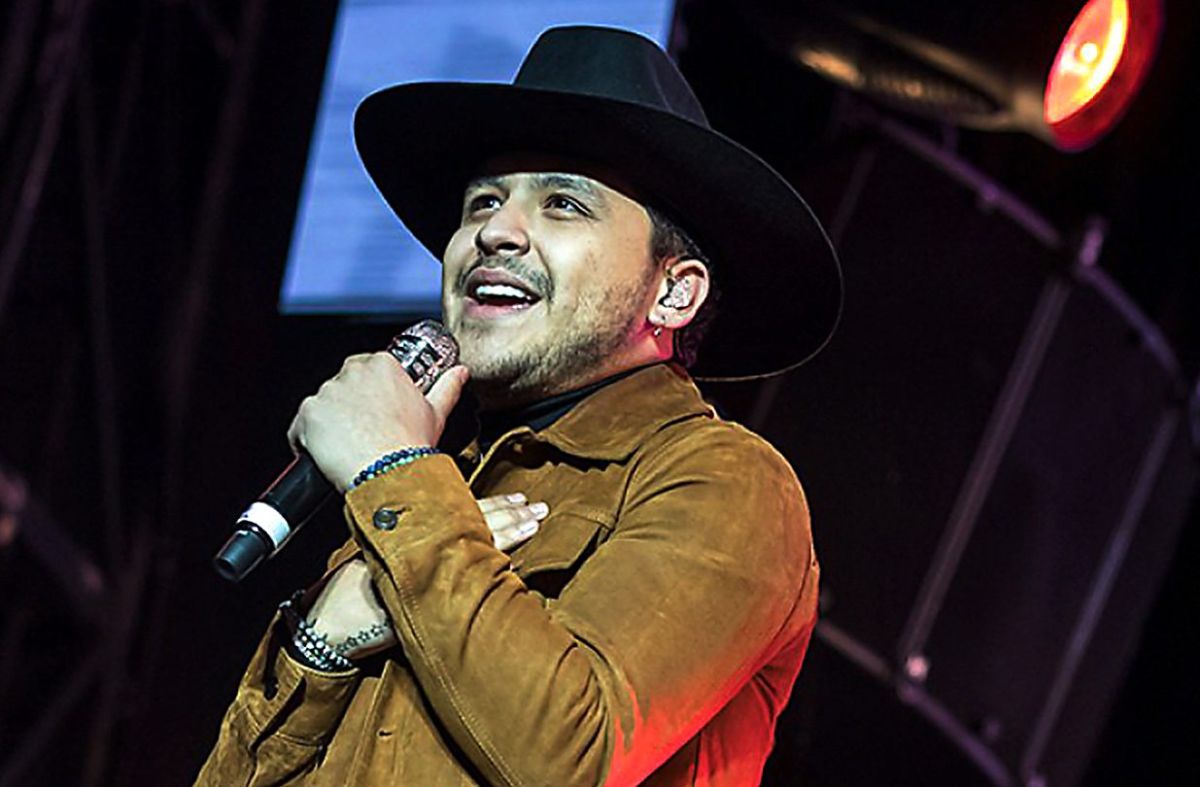 Last Sunday May 15 Christian Nodal was presented in palenque de Metepec, State of Mexico, as part of his Forajido tour, where He surprised the audience by kissing the singer Carolina Ross in full concert.

Although in recent days the native of Caborca, Sonora, has been involved in controversy over the end of his relationship with Belinda and other alleged conquests with which he has been involved, once again he caused a stir by giving an affectionate gesture to a singer .

This time it was the young performer named Carolina Ross, who was in charge of starting tonight’s show. However, Nodal did not want to miss the opportunity to spend time with her, so he invited her to return to the center of the stage to perform his song “No Te Contaron Mal”, and then present her to her audience as one of the great talents that has known, revealing that she started her career doing her covers.

But the surprise was when the public was present and asked them for a kiss, to which Christian Nodal could not resist causing the euphoria of the attendees.

Although in the videos that they have shared within social networks it is not clearly seen if it is a kiss on the mouth, the singer later clarified that it was only on the cheek.

Through her social networks, Carolina Ross, who is also originally from the state of Sonora, thanked the public for the great reception and of course Nodal for the opportunity he gave her to open this presentation, since he is one of the singer-songwriters who she admires the most and as the interpreter announced during the successful evening, she has recorded several songs adapted in her own version with which she has made herself known.

You might also be interested in:
–Christian Nodal confesses that he wants to leave his vices behind, but “abstinence is hell”
–Meet Gohn Nodal, the brother of Christian Nodal who is already preparing his debut with the singer. This is how it sounds!
–VIDEO: Alleged new conquest of Christian Nodal presumes to be a special guest at the singer’s concert