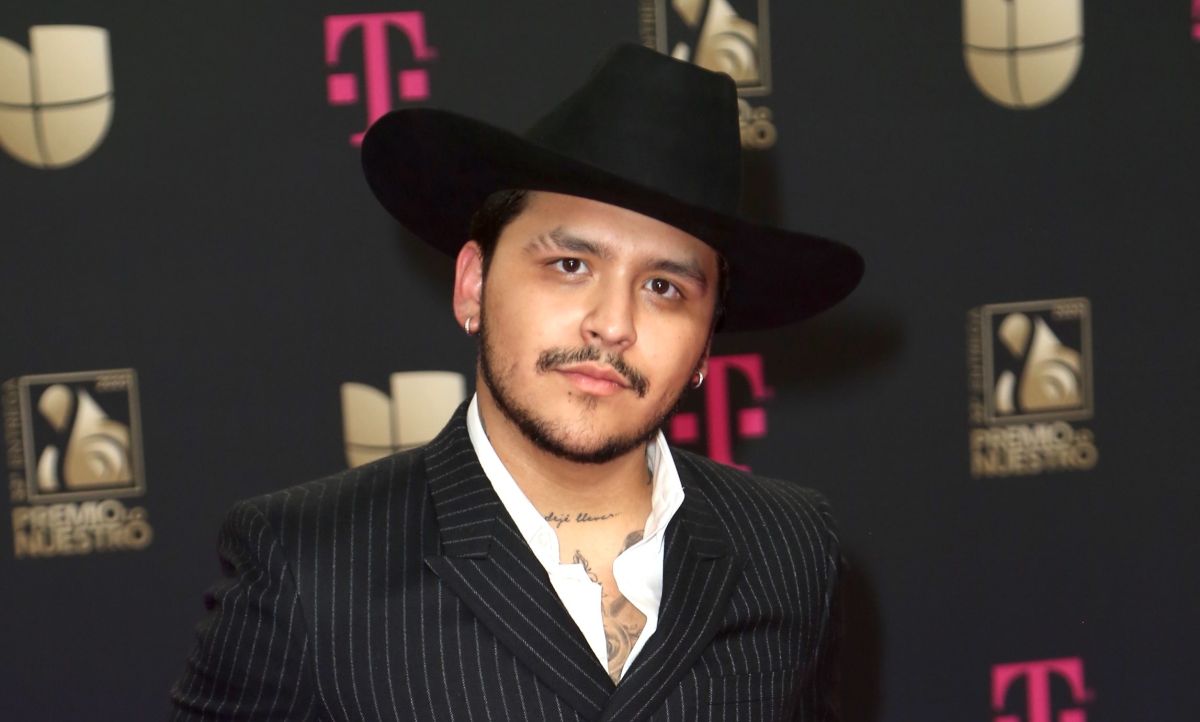 The mexican singer Christian Nodal has become a trend after a photograph was disseminated on social networks in which the Sonoran interpreter reappeared after a long absence on digital platforms; However, the artist’s fans turned their backs upon noticing a drastic physical change that is palpable in the Mexican regional singer.

Although the photograph was originally published a week ago, it was until today that the controversy flared. It was the host Tania Rincón who published a series of postcards and a video on her Instagram account of her attendance at a concert offered by Christian Nodal in the city of Los Angeles, California.

In two of them Rincón appears smiling next to Belinda’s fiancé, who showed a very different aspect from the one he was used to in the press; Now he looks a little more robust, perhaps with a few extra kilos and a slightly rounder face. The new image of Nodal generated an immediate reaction from the users of the networks, who assured that the singer has given “the old man”.

Once the photographs were released, the reactions of the Internet users were immediate and the controversy flared; after reappearing in the networks, users destroyed Christian Nodal with the comments and began to speculate if the singer has stopped caring.

Even some of the artist’s fans assured that Nodal “already gave the old thing” and that “he looks finished”, despite the fact that he is only 22 years old. What is true is that Belinda’s boyfriend has undergone a great change from a few months to date; His face looks very different and perhaps those extra pounds have visually given him some extra years.

Among the reactions made known in networks, there were those who assured that Nodal “He looks older”, in addition to “He looks like he’s already been in his 30-year career”In the midst of this controversy, there was no shortage of those who began to look for culprits. Even many of his fans assured that Belinda was responsible for everything, since they assured that he has not taken enough care of him.

“Belinda is removing all the collagen from Nodal, it seems like a gift”, “I saw the first photo and I said to myself: ‘And that man with Tania, who is he?'”, “How old the Nodal looks, a Mister”, were other of the multiple reactions that the followers of Tania Rincón left in her post. Criticisms of the singer were both for the new appearance of his face and for his weight, so there were those who even suggested that he start exercising, since he looked much more “chubby”.