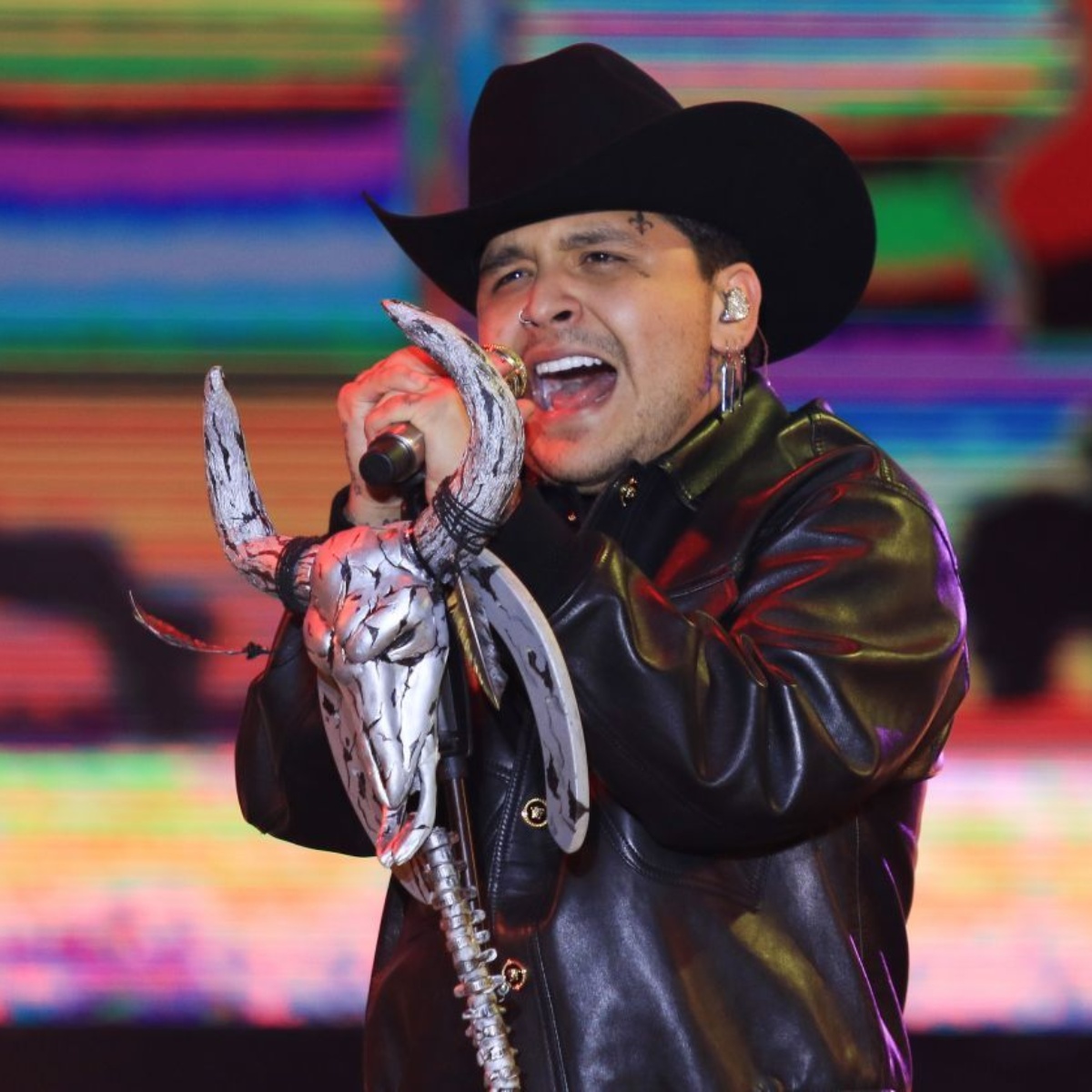 Christian Nodal He gives something to talk about again and this time it was for expressing his feelings with the public. And it is that since the composer ended his relationship with Belindahas become a trend in social networks for various reasons.

Between her frequent and extravagant image changes, her new tattoos on the facethe women with whom he has been caught on several occasions and even the “trash” that he dedicated to J Balvin in a song, the one born in Caborca, Sonora, has given much to talk about.

On Saturday night, the interpreter of “Botella after bottle” arrived in Colombian lands with his Outlaw Tourwhere his recital went from being a celebration occasion to an emotional night in which the 23-year-old interpreter opened his heart on stage.

Christian Nodal breaks down in tears during concert

The singer Christian Nodal addressed his fans to narrate how he is emotionally. First, he thanked the public attending the concert held in Montería, Córdoba, for the welcome they gave him, although he confessed that before going on stage he was afraid that the Colombians would be angry with him.

The foregoing due to “the things that are said in the media”, he even mentioned that the press “does not want it”. “The media don’t love me, but the reality is different. It has cost me a lot to reach this beautiful audience that I have today and it is not fair that they talk shit about me to get money, I am not a shitty human being. I just play my music,” she said on the verge of tears.

It may interest you: Christian Nodal surprises with a “crazy” look, closing cycles?

Christian Nodal acknowledges not being “a good example”

AmericanPost.News reports that the interpreter of the song “Sunflower” acknowledged that he does not consider himself an example for anyone, since just like all people make mistakes, however, he is exposed all the time as a public figure.

“I am not a good example of a human being, I am 23 years old. The difference is that mine, everyone takes a video, takes a photo and you don’t take a photo when you are acting as a human being. There is a lack of empathy in this world and excuse me, I needed to use this moment to vent, “she added with tears on her face.