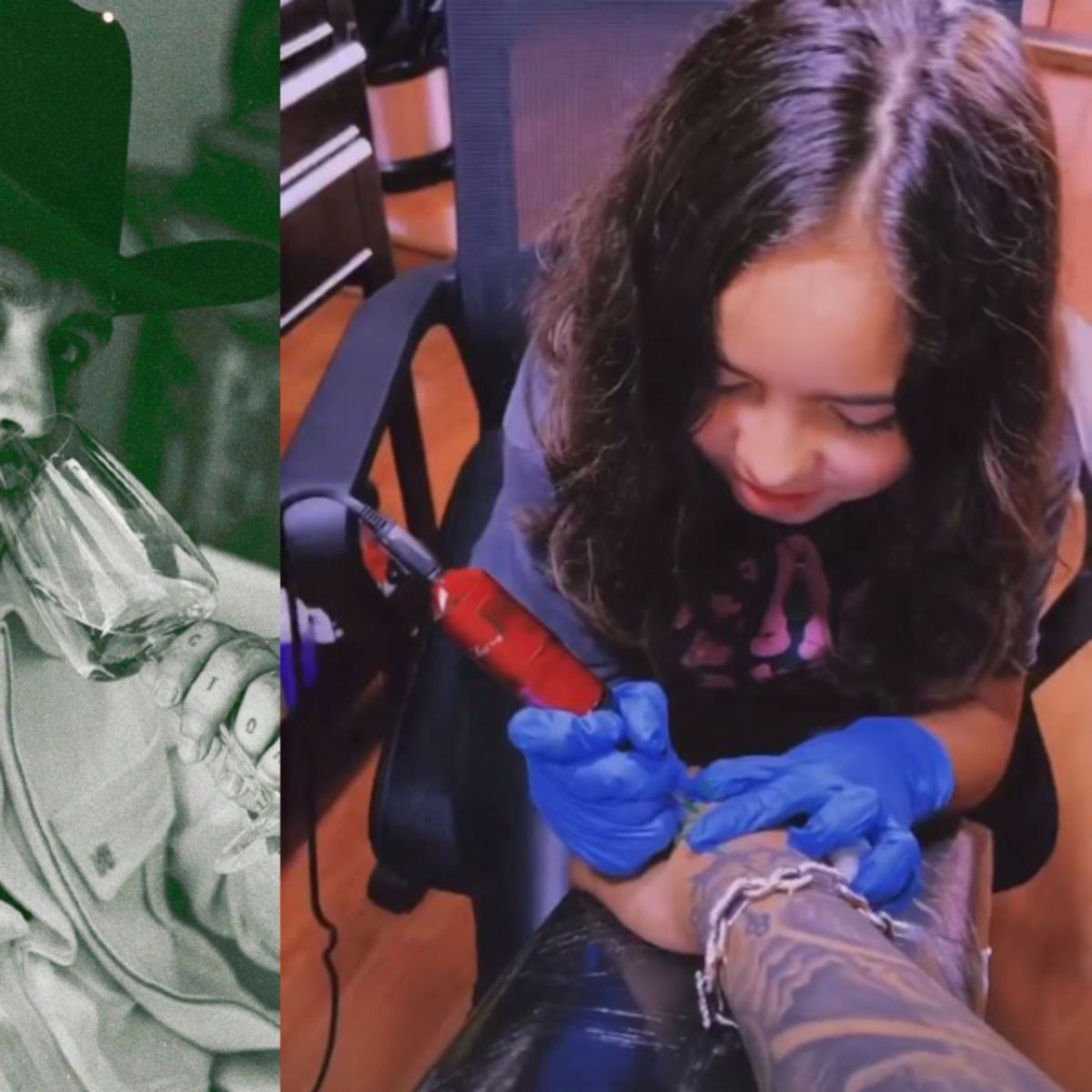 It is well known that Christian Nodal He is a lover of tattoos and every chance he gets, his skin is scratched by a peculiar design.

The interpreter of the Mexican regional He has stood out for tattooing himself from his chest to his face, however each design has a special meaning in his life.

From the tattoos he got in honor of Belinda, to the ones he himself has gotten, the singer now shares his new skin scratch, in AmericanPost.News We will tell you in detail.

Nodal shows off a new tattoo made by a little girl

Through his official Instagram account, the interpreter shared the process of creating his new tattoo, highlighting who was doing it, since she is barely a girl of approximately 12 years old, for which she caused a sensation among her fans.

“Catalina greets everyone, she is the star tattoo artist of her studio,” said the singer while the girl made the design for her.

Finally, the singer shared the final result of his tattoo, this being a green heart made up of dots.

How many tattoos does Christian Nodal have?

It is well known that the singer has approximately 40 tattoos throughout his body, highlighting those on his arm and chest. Although it should be clarified that today the figure may be outdated since the boy continues to tattoo himself.

The tattoos that were made by Belinda have remained in the past, since two of them were covered with other designs, an issue that gave much to talk about in networks.

Christian Nodal However, he indicated that for him tattoos mean something more than a pretty drawing, because as you could see thanks to AmericanPost.NewsYes, each of them has a special meaning.