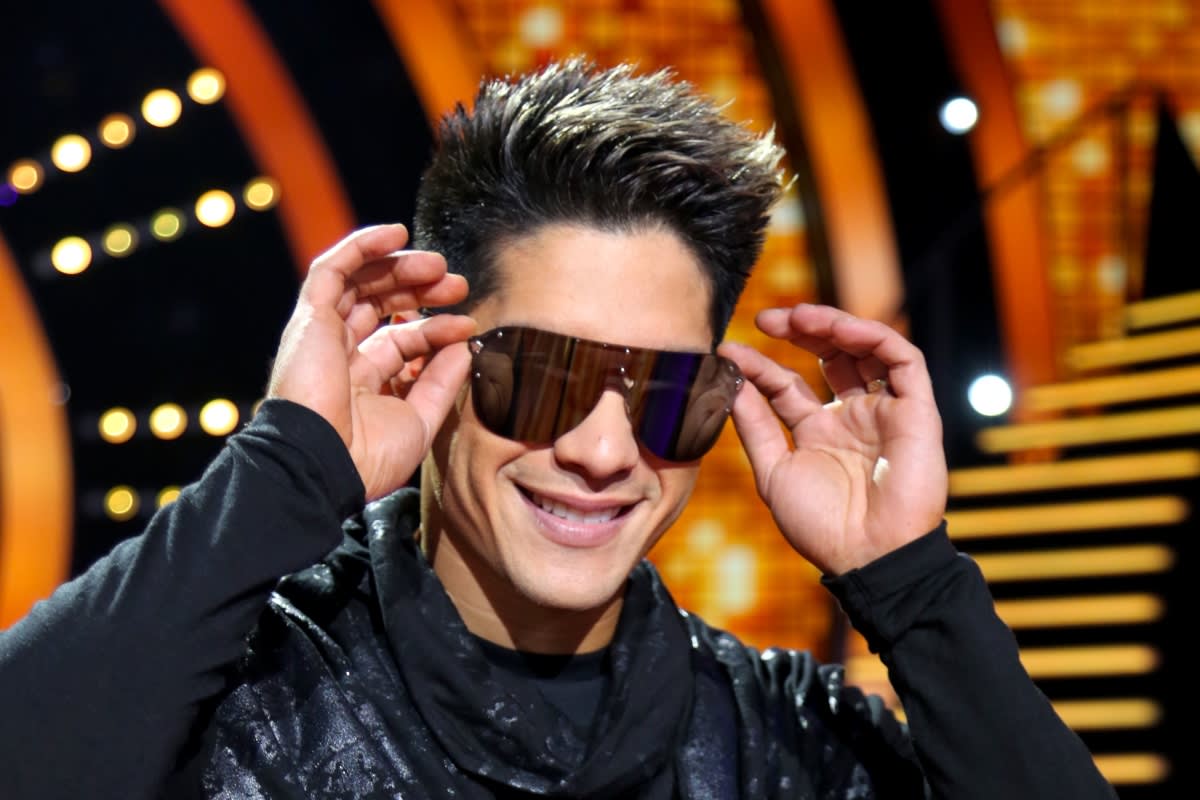 In the process of recovery. Just over three weeks after uploading a video in which he shared that he had suffered encephalitis, paralysis and other ailments as a result of Covid-19, the Venezuelan singer Chyno Miranda denies rumors of his death and clarifies why he had not appeared on social networks .

On this occasion, the member of the duet Chino y Nacho chose his stories from his official Instagram account to send a message to his followers, who have shown their concern for his health, in addition to expressing their support.

“I felt insecure, I was skinny …”: Chyno Miranda

On board his car, with a half-grown beard, Chyno Miranda began this message saying that he was on his way to his therapy and that everything was “cool”, to immediately mention that he has received many messages from his fans.

“They ask me why I spent a while without showing myself on the networks, that was my decision. I told Natasha (his wife) not to film me, I told my team not to film me because it was my recovery process and everyone understood it very well, thank God ”.

“The process that I went through was difficult”

Although he had already said goodbye to his followers, the Venezuelan singer immediately took up his Instagram stories to confess that the recovery process he went through was difficult, in addition to feeling insecure, not to mention that he was thinner and spoke more fast than normal.

“I understand all the people who have gone through these types of strong illnesses who suddenly look in the mirror and feel super insecure, but here I am to tell them that it can be done, that it can be achieved,” said Chyno Miranda. .

Chyno Miranda has been progressing satisfactorily

Next, the artist mentioned that he has seen videos of his wife, Natasha Araos, from the first day he was hospitalized until today, which has been a very strong process, in addition to again sending his support for the people who are going through something similar.

“I am not even the shadow of what I was last year”: Chyno Miranda

About to finish with his Instagram stories, the Venezuelan singer confessed that he was no longer even the shadow of what he was last year: “I was a person dependent on my family. Now I am very strong ”. It should be noted that the singer continues to speak in an accelerated manner.

Now, Chyno Miranda said that he will soon show videos that his wife Natasha has where he appears “horrible” from the first day of his hospitalization: “He was skinny, he was ugly, ugly, so you can see how the process has been. Strong, strong ”.

“What matters is the present”

In good spirits, the Venezuelan singer wants to leave the past behind and focus on the present, and the future, which is the most important thing. Until now, Chyno Miranda has said goodbye to his followers countless times.

“Around there I saw a gossip, a rumor, that I was dead and my mother called Natasha and the whole family was worried about me and that kind of gossip makes me very sad because I am alive and well. Over there I also heard that I had become crazy and unconscious and like that, but that is a lie, it is totally false, “he concluded.

They tell Chyno Miranda that every day he looks better

In addition to his stories, the Venezuelan singer wanted to share a video of just a few seconds, in which he does not say a single word, where it is seen that his recovery is on the right track, something that did not go unnoticed by his followers.

“I love you with my soul, son, pigeon him, I see you better every day. Soon I will be with you “,” May God bless you always, you will get out of all this quickly, you will see “,” You look more beautiful with those gray hair “,” Bello Chinito, we love to see you well and happy “, you can read in some comments (TO WATCH THE VIDEO CLICK HERE).

Did they really part? Venezuelan singer Chyno Miranda and his wife Natasha Araos reveal the whole truth in an interview with journalist Orlando Segura and clarify everything about their alleged separation, as well as all the rumors that have been around their relationship in recent weeks.

Things have not been very good for Chyno and Tashie’s marriage, and it is that after the singer fell heavily into a terrible disease, which kept him in bed without being able to speak and stand, things turned into chaos when various rumors suggested that the couple was going through a separation.

After all that wave of rumors and misunderstandings, where neither of them came out to clarify the situation, it was this August 9 when the journalist Orlando Segura managed to have an exclusive interview with this couple, where they were able to clarify everything that was was speculating, in addition to confirming if it was true that they separated.

In the video, published by the Instagram account of the Suelta la sopa program, you could see the interview where both Tashie and Chyno told the whole truth about this, however, followers noticed something strange about the singer, since they assured that his wife wouldn’t even let him speak.

“Her company is spectacular”: Chyno Miranda

At the beginning of the video, Orlando Segura admitted that Chyno Miranda was undoubtedly a person worthy of admiration: “Chyno, first of all I want to tell you that we thank you, millions of fans have an inspiration in you, we have an example for day to day day get up and fight with life, you are an example for all of us ”.

Given this, Chyno thanked all his audience and the support that his wife gave him during all these difficult moments did not go unnoticed: “Thank you brother, thank you, I am really happy, thank you for the words, we have had a great time in the therapies, her company is spectacular, the truth is that there is a lot of support and a lot of solidarity ”.

“They separated because of the Covid”

After these words, Orlando Segura brought out that Chyno would finally return home with his wife, before this, Natasha Araos revealed why the singer had not slept with her and her son at home, confessing that it had been because she got sick with Covid-19.

“Yes, because really with the Covid I could not allow him to be at home those two weeks because it was strong, in fact I was left alone with the baby, not even my mother had arrived but I told her, I prefer you you are well and that nothing happens to you, because if all this is happening to him due to the Covid of last year we cannot take risks ”.