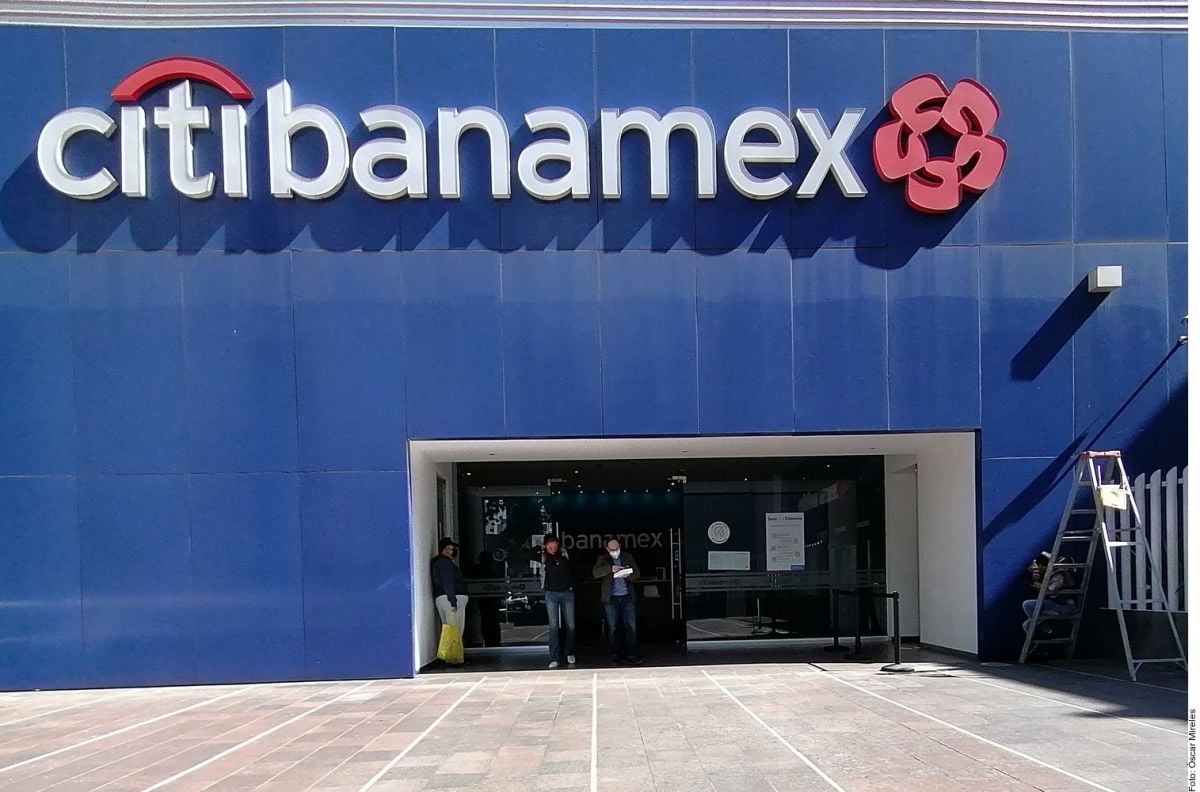 MEXICO.- The US capital bank with the largest presence in Mexico is sold: Citibanamex. As soon as it was publicly announced, half a dozen Mexican buyers showed up. It was speculated with the same that they have not opened their mouths, but their names jumped in the media and finally the president put the cherry on the cake.

“It would be good if Banamex became Mexican again”Andrés Manuel López Obrador declared at a press conference.

Amid the uproar over the uncertainty of the capital change, the main question in public opinion has revolved around the solvency and profile of the interested Mexican businessmen. Those who could pay for it are the same millionaires who have gradually gained financial control of the country.

Up to now, only Alfredo Jalife, one of the political scientists closest to the president, has proposed a “Mexicanization”, beyond the interest of Ricardo Salinas Pliego, owner of Banco Azteca; Carlos Slim from Inbursa, Carlos Hank González from Banorte and José Javier Garza Calderón and a group of investors from Nuevo León.

Jalife considered that the sale of Banamex could become the creation of a “genuine” Mexican bank with a local and regional vision in which even migrants could be a part.

“Citizen bonds could be made, make them co-participants in the ownership of the new re-Mexicanized Banamex, and the migrants have to start thinking about investing in Mexico directly, but in an organized way, not madly or blindly.”

But the proposal looks distant and even dreamy. According to an analysis by Bank of America Securities, Citibanamex is valued at between $12.5 billion and $15 billion.

Citibanamex in Mexico explained that the total sale of the assets is being sought and that they do not plan to sell in parts. What is on offer is the brand, the branches and the customer accounts. In addition, the cultural heritage, which includes buildings in the Historic Center (such as the Iturbide Palace), the payroll credit business, cards, mortgages, cars and SMEs.

The Afores business, the private banking system for retirement and insurance, will also be put up for sale. It drags only a legal matter for which a civil judge in Mexico City ordered to stop the sale.

This is a lawsuit from the Oceanography company because according to it “corrupt officials of the past six-year term”, headed by Emilio Lozoya, colluded with bank employees to take away the company’s contracts and that generated economic damages in the amount of 5,200 million of dollars”.

The bank responded that it will appeal the injunction and that it does not expect to have an impact on the timetable for the sale.

Who could buy Citibanamex?

Citigroup bought Banamex in 2001 in a transaction that was at the time the best of all time for a Mexican company for the amount. Twenty years later, the return of capital to Mexican hands seems natural.

Ricardo Salinas Pliego, the owner of Grupo Salinas and one of the businessmen closest to AMLO, was the first to raise his hand. He commented that his team of advisers was already analyzing the viability of the operation. “How much do they want for their changarro?” he asked on Twitter.

Salinas, 66, is the grandson of Benjamín Salinas, a businessman who became big selling furniture and appliances. His grandson joined the business and from there he jumped, along with several Mexican investors, to buy the television station TV Azteca. In 2002, he created Banco Azteca, then bought telephone and mining companies.

In 2018, after López Obrador’s victory, he joined the Federal Government’s Business Advisory Council. Then AMLO gave him control so that, through his private banking, he could make the payment of the subsidies of the Ministry of Welfare, the one that handles the largest amount of money.

Another interested party is José Javier Garza Calderón, originally from Nuevo León, founder of a charitable association to train rural microentrepreneurs and ideologue of the Entrepreneurs of the Fourth Transformation (E4T) association.

His family owned Banca Serfin, expropriated by former president José López Portillo (1982-1988). He, for his part, has been a director of Banpaís and Banca Somex. In the 1990s, it acquired Telefónica Cubana and was accused by the United States of violating commercial laws.

From another trench, the grandson of the controversial politician Carlos Hank, with the same name, but with his mother’s surname González, jumped on the list.

Hank González began his financial career in the Mexican Stock Exchange. He was CEO of Grupo Financiero Interacciones, a consortium specializing in loans to local governments, and Grupo Industrial Hermes.

In 2014 he joined the Board of Directors of Grupo Financiero Banorte. This bank announced that it is already analyzing making a proposal for Citibanamex. Thus, he would enter the list to also compete with one of the richest millionaires in the world: Carlos Slim.

Since 1984, Slim has managed the Inbursa Financial Group as well as the Sanborns restaurant chain, Telephones of Mexico (Telmex) and Carso Infrastructure and Construction.

In another hallway, Alfonso Jiménez Pérez, director of the technology development firm Isatek, offered 16,000l million dollars to buy Citibanamex. They would be paid in their “Amero” cryptocurrency, “the Mexican cryptocurrency backed by real estate in the amount of 60 billion dollars.”

The economic and financial analyst, Dario Celis, noted that since 2014, when the first rumor spread of Citi’s alleged intention to divest from Banamex, the businessmen who have wanted to buy it are the same.

Now Slim and Germán Larrea, owner of Grupo México and Alberto Baillères, the latter by a certain owner of GNP-Profuturo, the third Afore in the system, have been added.

“In the spirit of López Obrador, there are more businessmen and financiers who can also guarantee that Mexicanness that he longs for: Julio Villarreal, owner of Banco Afirme, and Carlos Bremer, boss of Value Grupo Financiero and even his former liaison with businessmen in the presidency: Alfonso Blunt”.

For Mexicans it is not going to stop.

It may interest you:
– Mexican government affirms that Citigroup’s departure from the country raises “sensitive issues”
– Citigroup gives workers an ultimatum to get vaccinated before January 14 or they will lose their jobs
– Jane Fraser, the CEO of Citigroup, visits López Obrador and promises investments in Mexico