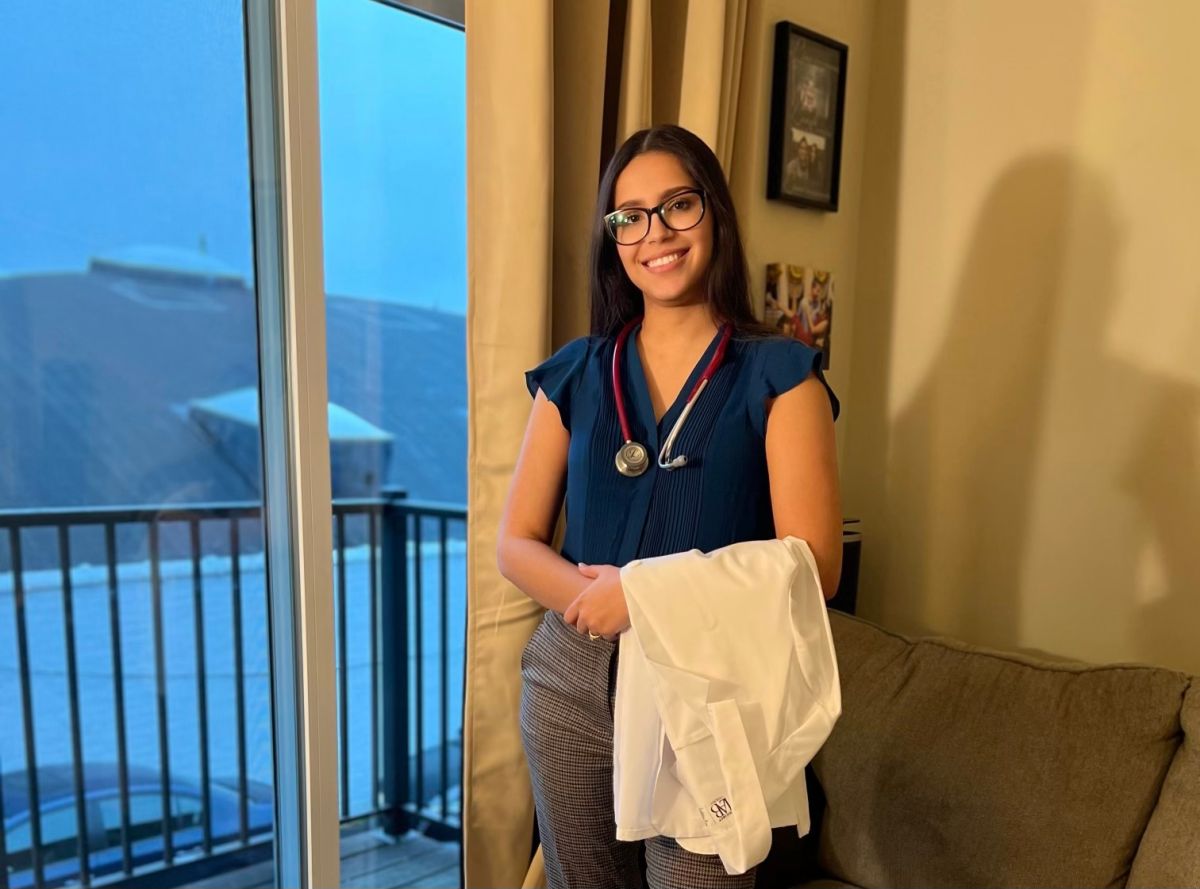 The COVID-19 pandemic revealed in the city of New York, that a large part of the immigrant community does not have access to Health services or medical attention, which directly affects the increase in diseases such as diabetes, blood pressure, obesity and even more serious conditions such as cancer, among other evils.

And although in recent years the Big Apple has been promoting the NYC Care programso that undocumented New Yorkers, who cannot have health insurance, and those who do not have the resources to pay for medical services, have health care, on the other side of the equation, according to patients, there are still few Latino doctors who can improve connection and communication with immigrants. The urgent need for hospitals to have more Hispanic doctors and doctors from segregated neighborhoods is more than evident.

And in his desire that more young Latinos and low-income people interested in becoming doctors in order to serve their communities, can jump into the world of medicine, the CityDoctors program, an initiative between NYC Health + Hospitals and the St. George University, in Granada, has become a key for dozens of students without optimal financial conditions to make their dream of training with doctors come true.

The program, which is defined as a project designed to “attract and educate the best and brightest in New York City” who cannot afford a medical degree, seeks that those who complete their studies at St. George’s University School of Medicine also become committed doctors in serving communities. As part of the scholarships awarded and continuing education offered, upon graduation, each student applies for a position as a primary care physician at one of NYC Health + Hospital’s hospitals and diagnostic centers in New York.

Once the scholarship recipient is admitted to one of the City hospitals, agrees to work with NYC Health + Hospitals for the number of years the scholarships were awarded.

The Dominican Leonor Ordonez24, won one of the program’s scholarships, and while she is in her first year of medicine, she assures that if it had not been for this initiative, she would very likely have had to hang her goal of becoming a doctor, or still get into debt. more, with expensive loans.

Already, with her white coat on and her stethoscope around her neck, and still more than three years away from graduating as a doctor, the young woman, originally from the city of Santiago, assures that the lack of money to pay for her studies did not let her stay. relegated on the way. I wanted her since she was 8 years old, and cared for her sick grandmother in the Bronxwas to study medicine and one day be able to help his family and the poor people in his neighborhood.

“I remember that from that time, when they left me alone at home with my sick grandmother, I began to feel that I wanted to be a doctor. I wanted to be the first doctor in my houseand although I later got a degree in biology, my concern was how I was going to pay for a medical degree, without having resources, but I started looking for options and I found this scholarship, “says the young woman, who is married to an immigrant Ecuadorian, whom he describes as his main support in that sacrifice.

“I began to see my options and this scholarship caught my attention, because it was not only for students with financial needs, like me, but for people who want to have a commitment when they graduate as a doctor who serve in communities where there is a great lack of doctors, something I’ve always wanted,” said the medical student, who wants to be a cardiologist in the future. “My goal is to be able to graduate and focus on medicine to help the Hispanic community, and this program guarantees that when I graduate I can work in New York, or New Jersey or in other places.”

The future doctor, who came to New York when she was 5 years old, confesses that her main goal is to be a doctor who can spend enough time with her patients and make sure they are treated with the respect and dignity they deserve, and that fully understand what is going on with your health.

“I think that a big problem in our communities is not only the lack of access to medical services, but also that those who go to hospitals often do not even understand what is happening to them, not only because of the language, but also because of the lack of commitment in telling them their diagnoses in simple words, as recently happened with my mother. She was given a diagnosis and she came to me, because she did not understand anything, ” said the St. George student.

“I think there should be more investment in programs like these that help low-income and Latino youth with scholarships to study medicine, so that we can further educate our people and have a larger representation of Hispanic doctors. It is important that patients in our communities feel heard and have clear communication with their doctors,” added the Dominican, who urged that there be more mentoring programs to open the way for more Hispanics to learn how to study even without counting. with resources.

The Dr. G. Richard Olds, president of the University of St. George’s, highlighted that since the CityDoctors scholarship program was launched ten years ago, which has already been expanded to three hospitals in New Jersey, it seeks to train highly qualified and compassionate doctors.

“This year’s twelve outstanding recipients (including Leonor Ordoñez) show great promise and are committed to making an impact on health care in the communities in which they will work,” said the doctor.

“What is most exciting about the CityDoctors program is its ability to make medical school affordable and accessible to all aspiring physicians, regardless of their background. Many students want to pursue a career in medicine, but the cost of medical school can make that difficult for some families,” added the doctor, who explained that the scholarship program also helps address long-standing health care disparities in underserved communities in New York, create a direct pathway for new doctors to return to those neighborhoods.

“NYC Health + Hospitals is committed to providing patients with high-quality, affordable health care. Our partnership with St. George’s University ensures that we reach that goal with the help of qualified physicians who call New York City home,” said the municipal hospital agency.

They also noted that fellows commit to practicing primary care medicine for at least two years at one of New York City’s 11 public hospitals after their medical training.

Requirements to apply for the scholarship