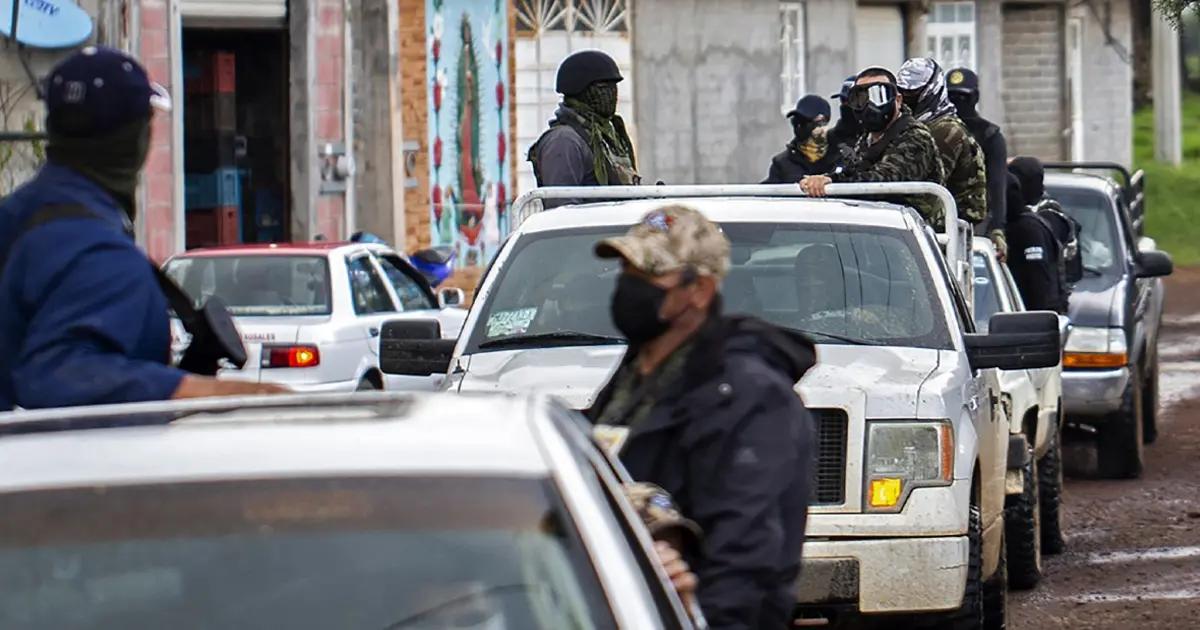 On September 29, the lives of the residents of Chinicuila, a town of just over 4,700 inhabitants located in the municipality of Villa Victoria, Michoacan, changed completely.

On that day, three vans full of heavily-armed gunmen entered the community to take control of the area. The commando was led by Rafael Martinez Almanza, alias “Toretto” or “El 14,” a regional leader of the Jalisco Cartel – New Generation (CJNG).

Although there was a small group of vigilantes equipped with shotguns, this did not represent much resistance for the criminals. Once installed in Chinicuila, the hired killers began to extort the region’s merchants and cattle ranchers, who they stripped of their goods under threat of death.

Olegario Mendoza Zepeda, one of the victims, revealed to the website La Silla Rota that he had just arrived from the United States two months earlier when the armed group arrived at his house on September 30, one day after they broke into the town.

Although Olegario lived less than two kilometers from where a National Guard barracks is located, this did not stop the CJNG from taking everything from him.

“And they did see them because they passed by in their pickup trucks outside the National Guard barracks, but they did nothing and went into the town anyway,” he told the media outlet mentioned above.

“Imagine if I was going to wait for them to kill my family, the ones they had already aimed at my head with their rifles the day they went to take everything from us,” added the interviewee, who had to emigrate together with his four children, his grandchildren, and his wife to another municipality to take refuge.

“We live on what they give us for work and in a house that is not ours because everything we had was taken from us by the cartel. Thank God we are alive,” said the 56-year-old Michoacan merchant and cattle rancher.

Like Olegario, testimonies gathered by La Silla Rota estimate that around 600 families were exiled after the CJNG invasion. The displaced had to seek refuge in other municipalities in the state, and some of them decided to flee to the United States.

In addition, they say they have information that their homes are now occupied by Guatemalans, Colombians, Venezuelans, Peruvians, and Ecuadorians, who form part of the ranks of the criminal organization.