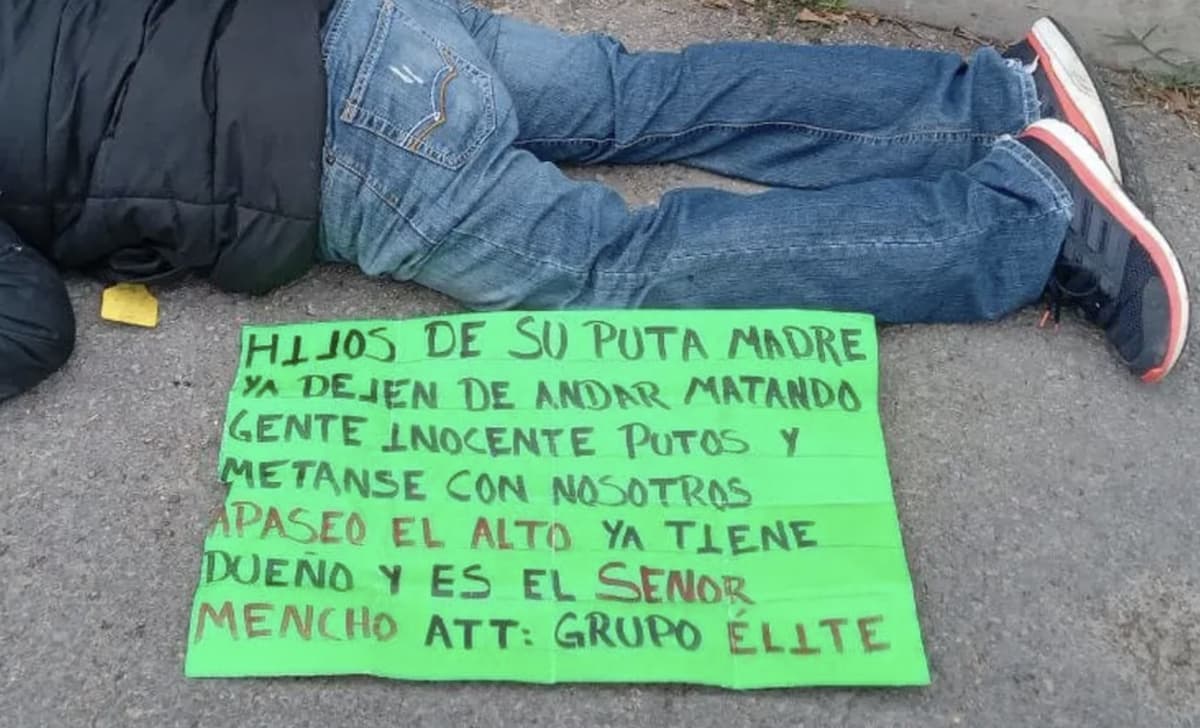 CJNG threatened Santa Rosa de Lima Cartel. A narco-message was sent directly to the CSRL (acronym from Cártel de Santa Rosa de Lima), which came with phosphorescent green cardboard. Next to it was left the body of a man with a bloodstain.

The cardboard was signed by the Grupo Élite, which is identified as an armed wing of the Jalisco Cartel – New Generation (CJNG).

Soon after, both the body and the threatening message were disseminated on Wednesday, September 28; according to initial reports, the location was said to be Apaseo, Guanajuato.

The message was primarily written in black marker but highlighted with red text such as “Apaseo el Alto,” “Señor Mencho,” and “Elite”; the full narco-message at the crime scene read as follows:

The body wore a motorcycle helmet, jeans, and a black jacket.

The identity of the victim with whom the CJNG is threatening the Santa Rosa de Lima Cartel is unknown. Still, preliminary information indicates that he was a member of the CSRL.

On Monday, September 26, several narco-banners were found in different parts of Guanajuato, signed by the Sinaloa Cartel and announced a break with the CSRL.

In these texts, they blamed the CSRL for the death of the son of the mayor of Celaya, Javier Mendoza Márquez, who was shot to death on August 17.

In another part of the narcomanta there was a message for the authorities as it stated that the objective of both the government and theirs is the same, to achieve peace in the area.

“To the municipal, state, and federal government, we reiterate the respect we deserve for each other and that we both have the same objective: to pacify the state and end the scum that consumes the people of Guanajuato.“

As mentioned in American Post News, over the weekend, a recording circulated in which alleged CJNG hitmen announced their arrival in Zacatecas intending to carry out a “clean-up.”