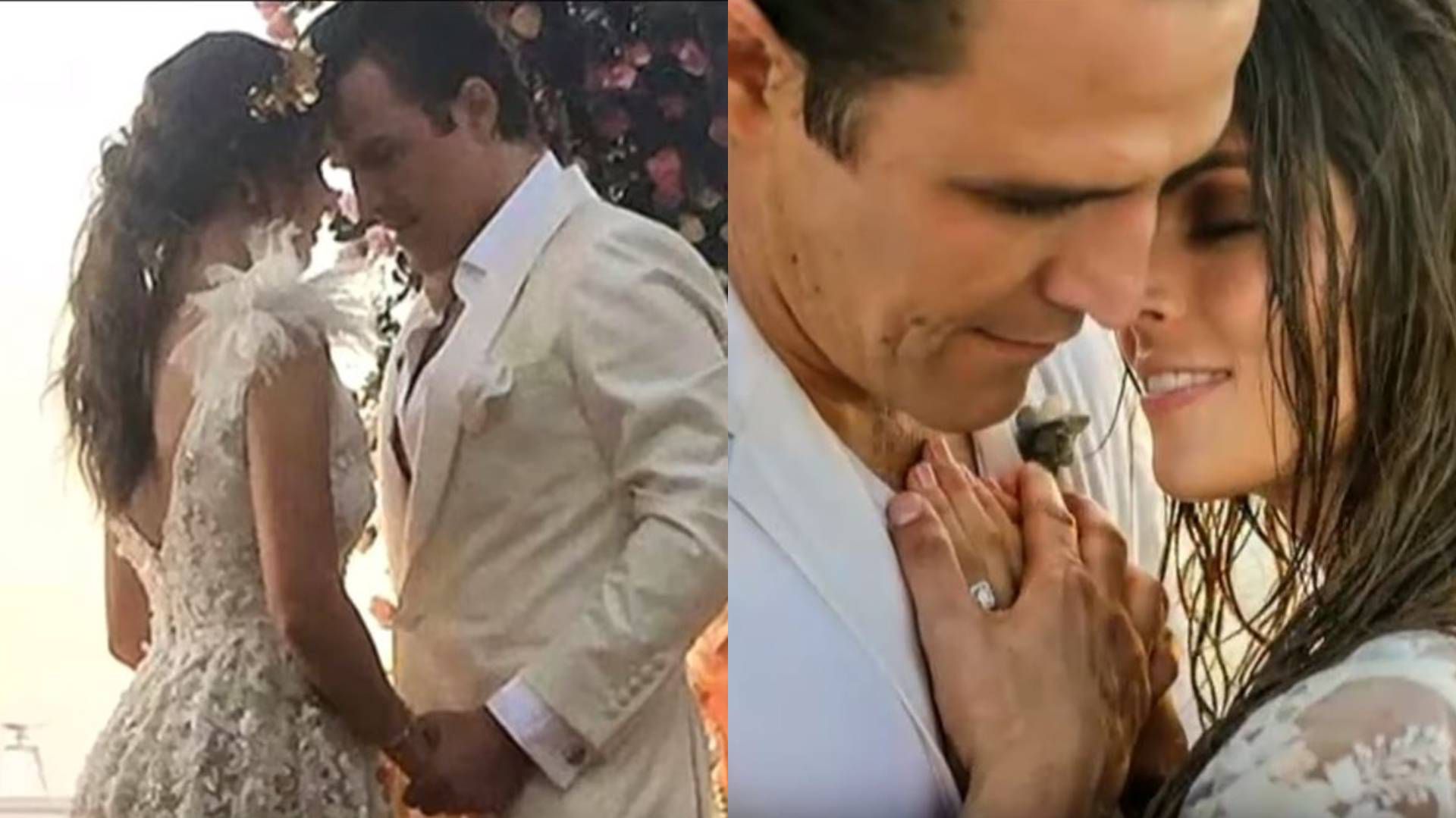 Claudia Alvarez celebrated this weekend its tenth anniversary together with Billy Rovzar, recognized producer, although it should be noted that that decade is of being boyfriends and five years of married.

The actress wanted to celebrate on her official Instagram account where she shared an affectionate message, in addition to a series of photographs of their wedding that they celebrated in November 2016 in Punta Mita. Claudia showed her joy and was touched to see how much they have grown together throughout this decade.

“And I can do more than worship you. Thank you beautiful love for making a great team with me, for all that we have worked together to have the relationship we always dream of and for the family that we are building. which is the greatest love I have ever felt and what I would give my life for. I love you, ”Alvarez wrote.

In the images they remembered some of the best moments of the great party, even Claudia uploaded individual photos of her and billy where they are different, since the actress was caught in a moment of concentration and instead her husband looks funny in one of the typical traditions at weddings that is when all the men carry the groom and throw him into the air.

The photos have more than 600,000 “likes” and they were quickly filled with comments from their famous friends and fans.

“For many more years, happy anniversary”, “Congratulations! , that they celebrate more years together ”,“ That they last too long together friends ”,“ I love you too much ”,“ I was there, all my life and every day ”, “His love and complicity goes beyond any image. Their energy is so beautiful that I can only admire them. God bless you and may you celebrate this union for many more decades, “wrote personalities such as Grettell Valdez, Consuelo Duval, Julián Gill and Mariana Seoane.

While their fans gave them good wishes: “What a beautiful couple, wow”, “I love them, I’m their fan”, “Long live love”, “How quickly time passed, I congratulate you”, “Happy anniversary, continue having incredible things in his life ”,“ What a beautiful family they are forming ”, among many others.

Secondly, the couple is already preparing everything for the arrival of the new members to the family, so they decided to move house after Claudia no longer had symptoms of her pregnancy.

“Right now the nausea and vomiting have gone away, so right now I’m enjoying it more, I know that after my third trimester I’m going to have to be still because when it is a twin pregnancy it is high risk, since they can be born earlier and I have to be super calm “, Álvarez confessed a few days ago in an interview with Windowing.

Claudia said that in addition to the symptoms of pregnancy, his daughter Kira has also had some changes and has shown jealousy. “Doña tantrums was like this for a couple of weeks, right now she kind of calmed down a bit. She still doesn’t quite understand what little brothers are, but she knows that they come here in the belly, that there are two babies and she tells you: ‘Two little brothers’, but until you live it you will not know, “said the famous.

According to what was stated, the actress is in the sixth month From the expectation of her twins, a pregnancy that she and her husband also announced on social networks with a publication last September, the news surprised all her acquaintances and Internet users.

Claudia Álvarez and Billy Rovzar announced that they are expecting twins