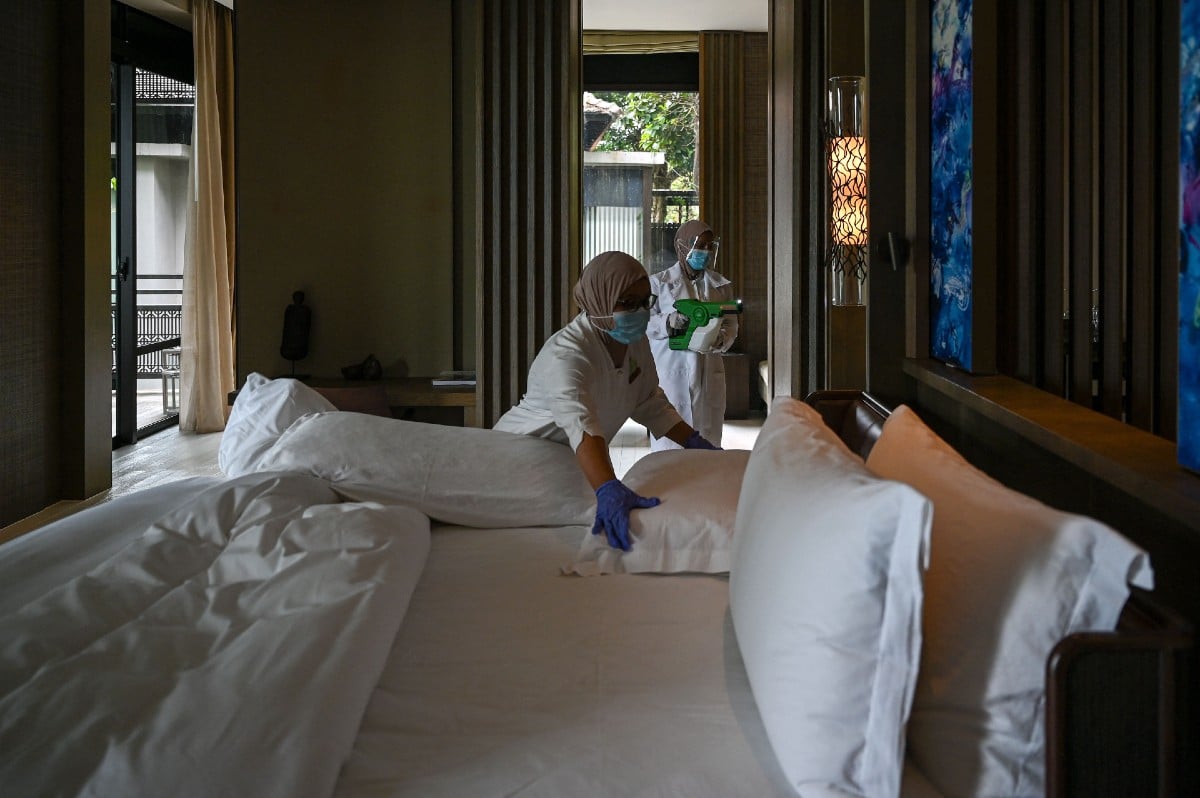 Many hotels in the United States are permanently eliminating the daily cleaning service in the rooms, which began during the covid-19 pandemic when guests wanted zero physical contact with strangers.

However, this measure has caused the income of the employees who performed this service to be reduced. According to the agency APmany workers say that after these changes your hours have been reduced and they are asked to do a lot more work in that time.

Although some hotels started to experiment with less frequent cleaning in the name of sustainability, it became much more widespread early in the pandemic.

At that time, to promote social distancing and other safety protocols, many hotels switched to offering room cleaning only if a guest requested it and sometimes only to guests staying a certain number of days.

Guests were instructed to leave trash outside their door and call the front desk for clean towels.

But even as security restrictions fade and demand rises as the country enters in peak travel seasonmany hotels maintain their new cleaning policies.

Industry experts say the move away from daily cleaning is driven by customer preferences, but others say What has more to do with profit? and has allowed hotels to reduce the number of employees.

Her actions come at a time when many of the women, mostly immigrants, who take those jobs are still are recovering from missed work during coronavirus lockdowns.

Many unionized hotel workers are trying to get the message across that refusing daily room cleaning harms cleaning workers and threatens jobs.

“This is all about putting more money in the pocket of owners by putting a heavier workload on frontline workers and eliminating jobs,” said D. Taylor, president of UNITE HERE, a union that represents homeowners. hotel workers.

According to the testimony of several workers, collected by the agency AProoms left uncleaned for days become much harder to restore to gleaming rooms and spotless cleanliness that guests expect when they check in.

Entering rooms after several days without cleaning, they often find litter under their beds, dirty carpets, stained sheets, as well as unhygienic toilets and bathtubs.

You may also like:
– Inflation will last until 2023, according to the forecast of the Congressional Budget Office
– The economy faces “its biggest test” since World War II, says the IMF
– UN warns of “crippling global shortages” as food prices continue to rise