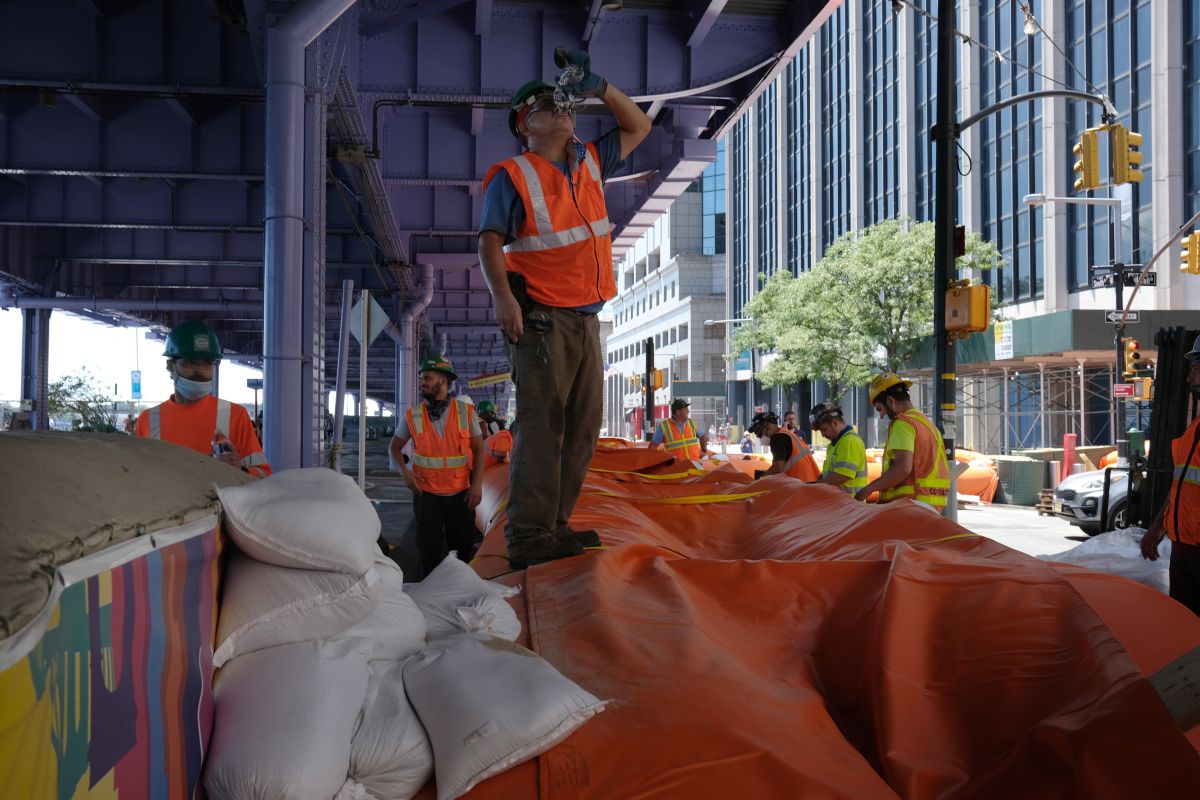 The New York Court of Appeals cleared the way for a massive $ 1.5 billion flood-proof construction project that will raise the eastern shoreline of Lower Manhattan 8 feet (2.5 meters).

The state’s highest court yesterday denied the activists’ request, marking the end of the road in their lawsuit to block the “East Side Coastal Resilience Project” (ESCR), in East River Park.

More than 100 Lower East Side residents and activist groups sued last year claiming that the project, which will span 2.4 miles on the east side, needed prior approval from the state Legislature and would damage the public green spaces. Last month, a lower court dismissed the lawsuit, but construction was temporarily halted again when the group appealed to the higher court.

ESCR “is a coastal protection initiative, jointly funded by the city of New York and the federal government, whose objective is to reduce the risk of flooding from coastal storms and rising sea levels on the East Side of Manhattan from East 25th Street to Montgomery St “, according to its official page.

“The City’s legal case was rock solid, as solid as the plan we advocated to make this park and this community more resilient to the weather threats we face,” City Corporation attorney Georgia Pestana said in a statement. “This is a great victory for New York City, but especially for the many, many New Yorkers who live near the park and visit it. “

Arthur Schwartz, a lawyer for the activists, opined otherwise: “This whole process has been embarrassing.” “It has never been necessary to destroy the park to protect the people of the Lower East Side from flooding. Tens of thousands will lose a local park over the next 5-7 years, maybe more. “

“The trees that clean our air will not be replaced in their current glory for 50 years,” the lawyer continued. “The park will never be the beautiful historic place it is today.”

The project is designed to protect the Lower East Side coastline from the elements and It will include the elevation of the park and the construction of walls, gates and berms along the coast, summarized New York Post.