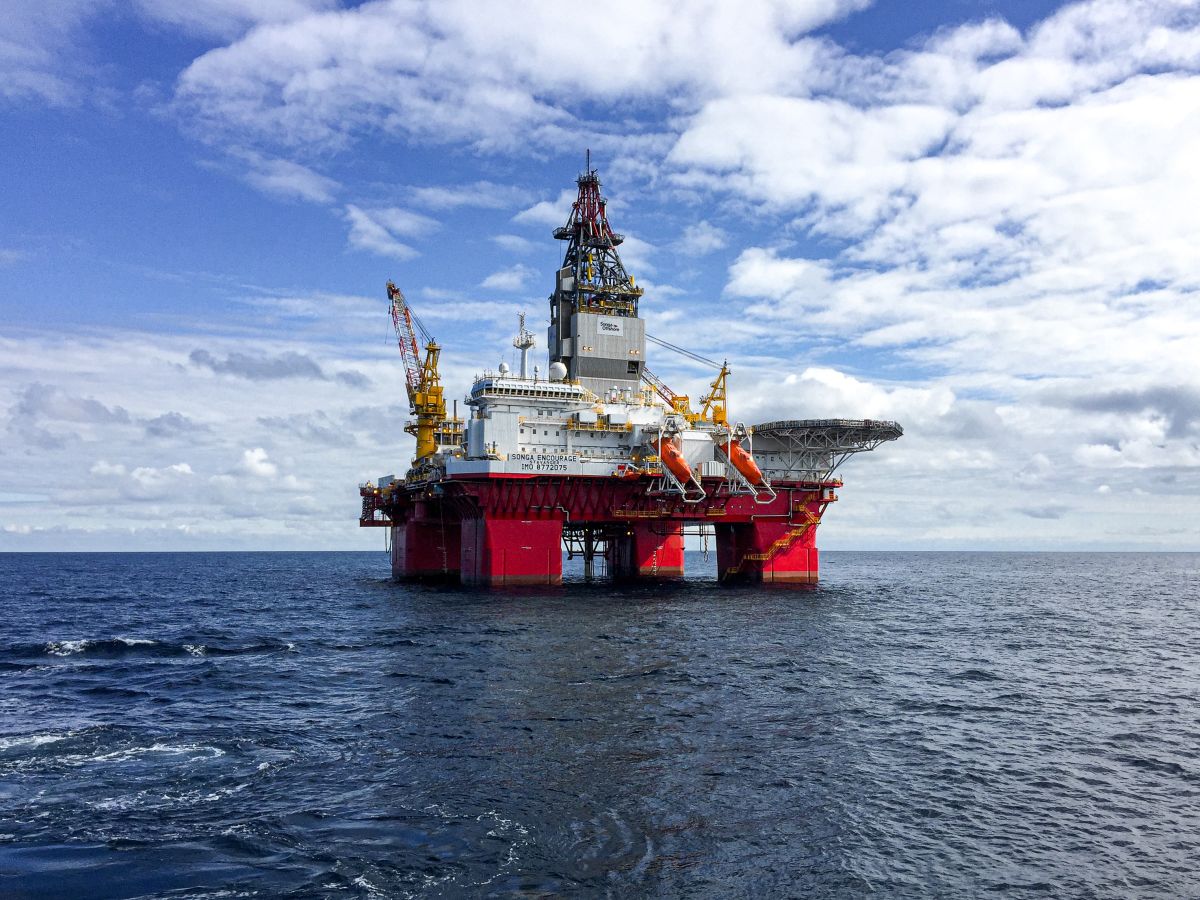 Oil used to be what all governments treasured or craved: a source of unexpected tax revenue, abundance of jobs, geopolitical influence, and the possibility of not being dependent on imports.

Then economists started talking about the “resource curse,” in which too much of a good thing skews the economy, drives up costs, and crowds out other activities.

Now there is a new kind of curse for having oil.

For a country committed to reducing carbon emissions, black gold is just as much a dilemma as a bonanza.

This is particularly true of one country that is leading the fight against climate change: the United Kingdom, host in November of the UN Conference on Climate Change (COP26), where negotiating agreements will require leading by example.

COP26 will take place in November in Glasgow, Scotland, and it is under Scottish waters that the main British oil and gas reserves are located.

The oil dilemma affects both the central government in London and the Scottish, which is negotiating a power-sharing agreement with the Green Party.

The additional uncomfortable factor is that black gold has fueled Scotland’s independence movement since the 1970s. So turning against Brent crude goes against what the ruling Scottish National Party has historically done.

So the question is: should the Scottish and UK governments oppose new oil developments or encourage the industry to extract as much as they can?

That question has focused on the Cambo oil field, west of the Shetland Islands.

It is large: it has about 800 million barrels of oil or its gas equivalent.

Plans call for production of 60,000 barrels per day.

In 2020 the flow of oil and gas from UK waters was around 1.6 million barrels per day, so Cambo is not a substantial figure.

However, it has become a symbol of the dilemma.

Until last March, the policy favored by the United Kingdom was to “maximize economic recovery” and squeeze as much of the aging oil fields as possible.

That involved the Oil and Gas Authority (OGA) requiring oil companies to cooperate on facilities such as pipelines, keeping them open to prevent older oil and gas fields from being abandoned.

Meanwhile, new rounds of licenses continued to be distributed to oil companies, giving them permission to explore new reserves.

But as of March that policy changed. It was announced that “financial support for the fossil fuel energy sector…” would be discontinued.

However, that did not spell the end of tax breaks for drilling, which have accelerated over the past ten years. The reason? Only the financing of oil projects “abroad” was limited.

The requirement that new licenses had to pass a “climatic compatibility check prior to each future round of oil and gas licensing to ensure that licenses issued are aligned with broader climate goals, including net zero emissions by 2050. ″

The North Sea Transition Agreement was a pact with the oil industry to continue drilling and producing, but it will have to invest heavily to cut the considerable emissions it generates during its production process in half in nine years.

The agreement also provides for the investment of billions of pounds to make the switch to the hydrogen production and for carbon capture and storage.

The industry likes this, even if neither is still commercially viable.

It is allowed to continue drilling for oil and gas, and in turn, the government has to remove the roadblocks to these new mitigating industries.

In short: we are in a transition period, and the decline of the UK offshore oil and gas sector is at stake politically.

This decline was inevitable and production could last five or six more decades. But the question now is how quickly it should be allowed or required to happen.

The industry notes that there are jobs at stake. The number of employees in the UK oil and gas sector has declined, but is still significant: around 150,000 hired directly or indirectly, and these are high-value jobs.

In Scotland, there are an estimated 108,000 jobs at stake. This includes people whose income depends on the expenses of oil workers.

Many of them live in the politically contested territory of North East Scotland. And that’s why the Scottish leader, Nicola sturgeon, is in a particularly difficult position.

The Labor opposition says she must say “no” to Cambo firmly and loudly. The Scottish Greens expect no less, and it will be interesting to see if they get a change of tone in their power-sharing agreement.

Pressured to take sides, Scotland’s chief minister has made a very cautious call for licensing to be ‘reassessed’ and for the ‘just transition’ to be ‘appropriately swift’.

But his letter to British Prime Minister Boris Johnson also places great emphasis on the importance of jobs to the UK and Scottish economies.

It is a difficult line to walk. Or an awkward fence to sit on.

The surprising report of the UN Intergovernmental Panel on Climate Change, released on August 9, prompts politicians and the public to greater acceptance that oil and gas developments will have to be, at the very least, controlled.

The industry responds that not all of its production is burned. It is also important for chemicals and plastics.

Proponents of hydrocarbons add that the transition to renewables has a long way to go. And until it’s finished there will be a need for oil to power trucks, trains and airplanes, and gas to heat homes and businesses.

The consequence of stopping new developments and curbing additional investment in existing fields could be rising prices, leading to political pressure from consumers.

And if you don’t use oil and gas from British waters, which provide roughly half of the country’s energy needs, that would mean a greater dependence on imported energy, at a cost in dollars, with emissions generated by oil tankers and the diplomatic influence of the producing countries.

Do we really want to give up a British industry to depend instead on the Persian Gulf and Russia?

However, the energy industry itself is on the move. Oil companies such as BP, Shell, Equinor, Total and ENI – although not so much the big US oil companies – are investing in renewable energy, in response to pressure from consumers and investors.

They don’t want to be stranded, like some of those offshore reserves, if political support is also withdrawn.

The american president Joe biden It has taken a much firmer line than its predecessor on climate change risks, re-committing to the Paris agreement, revoking the permit for a key pipeline and withdrawing drilling licenses on federal lands and the Arctic.

But with oil prices relatively high and causing pain to Americans, domestic political pressure has now led him to ask the OPEC oil export cartel to turn on the taps and lower the price.

Others have decided to stop drilling in search of new reserves, although not many.

Denmark did it last December. The new administration in Nuuk, the Greenlandic capital, has put an end to years of speculation that its waters could be a huge new basin of hydrocarbon reserves.

These countries have other options: Denmark has renewable energy and Greenland, minerals on its land.

Scotland also has an abundance of renewable energy. A recent report by Scottish Enterprise proposed that Scotland could be a world leader in hydrogen production, but also warned that others could compete at a lower cost.

That ‘just transition’, meaning economic justice for those affected, is perhaps the most important challenge facing both the Scottish and UK governments.

The increasing pressure to do it “appropriately fast” doesn’t make it any easier.