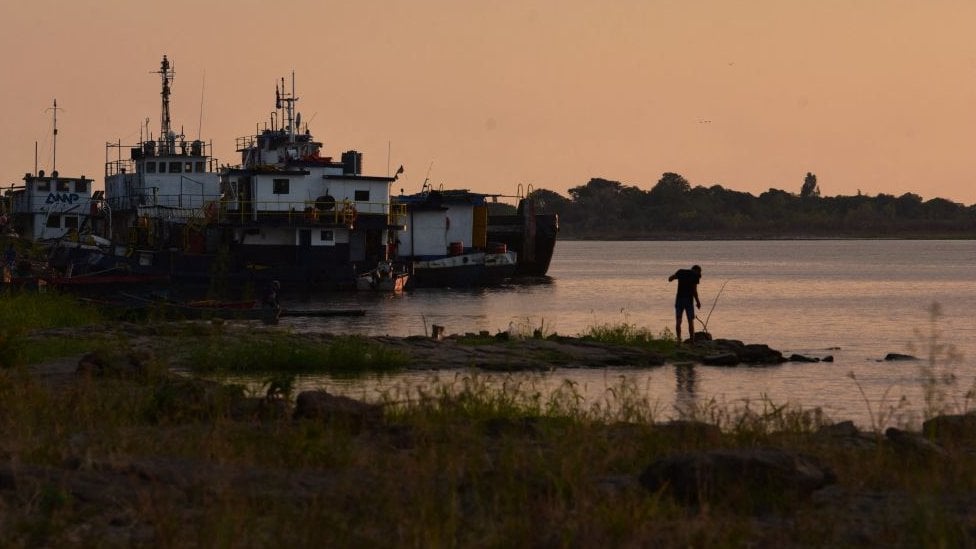 Many of the impacts of global warming are already “irreversible”, according to the latest UN assessment.

Even so, the authors of this new report, published this Monday and which updates what is known about global warming and its effects since 2014, point out that there is still a short time to avoid the worst.

The Intergovernmental Panel on Climate Change (IPCC) warns that humans and nature are being pushed beyond their ability to adapt.

more than 40% of the world’s population is “highly vulnerable” to the weather, according to the grim study.

However, he adds that there is hope that if the increase in temperature is kept below 1.5 °C, the projected losses will be reduced.

“Our report clearly indicates that places where people live and work may cease to existthat the ecosystems and species that we have all grown up with and that are central to our cultures and make up our languages ​​may disappear,” said Debra Roberts, Co-Chair of the IPCC.

“So this is really a key moment. Our report makes it very clear that this is the decade of actionif we are going to change things”.

The IPCC report is the second of three reviews by the world’s leading body of climate researchers.

The first, published last August, highlighted the scale of the effect humans were having on the climate system.

This new report analyzes the causes, impacts and solutions to climate change. It gives the clearest indication to date of how a warmer world is affecting all living things on Earth.

The document is a stark account of the ferocious consequences the world is already experiencing, as a growing number of people dying from heat.

But the authors say there is still a short window of time to avoid the worst.

“One of the things that I think is very, very clear in the report is that yes, things are wrong, but really, the future depends on us, not on the weathersaid Helen Adams, lead author of the report, and a scientist at King’s College London.

The analysis shows that extreme weather events related to climate change, such as floods and heat waves, are affecting humans and other species far more than previous assessments indicated.

While everyone is affected, some are being hit much harder, depending on the region they live in.

Between 2010 and 2020, for example, 15 times more people died from floods, droughts and storms in highly vulnerable regions – including parts of Central and South America, Africa and South Asia – than in other parts of the world. .

Coral reefs are bleaching and dying from rising temperatures, while many trees are succumbing to drought.

Under all emissions scenarios, the IPCC expects an additional 1 billion people to be at risk from specific hazards to coastlines in the coming decades.

If temperatures increase between 1.7°C and 1.8°C, the report states that the half of the human population could be exposed to periods of life-threatening weather conditions derived from heat and humidity.

UN Secretary-General Antonio Guterres described the report as an “atlas of human suffering” and said he had no doubt who was to blame.

“The facts are undeniable. This abdication of leadership is criminal. The world’s biggest polluters are to blame for the arson attack on our only home.”

No to technological “solutions”

There is a particular risk that changing climatic conditions will facilitate the spread of mosquito-borne dengue fever to billions more by the end of this century.

In addition to impacts on physical health, for the first time the report states that climate change may be exacerbating mental health problemsincluding stress and trauma related to extreme weather events and loss of livelihoods and culture.

As for solving problems with technology, the report dismisses ideas like deflecting the sun’s rays or removing carbon dioxide from the air, warning that they could make things worse.

The summary for policymakers focuses instead on the “building climate resilience”which contributes -according to the authors- to developing the necessary strength to face climate change in each society.

“If our development paths are ones where health systems don’t get much better, education doesn’t get much better, our economies don’t grow very fast, and inequality is still a big problem, that’s a world where a concrete part of change Climate change is going to have a really big impact,” emphasizes Brian O’Neill, lead author and coordinator of the report.

“Instead, if it is a world in which we are really making rapid progress in education, health and poverty, if climate change imposes itself on that society, the risk will be much lower.

* Sea level in the United States will rise more than 10 inches over the next 30 years
* Mayor Adams announces actions against another major threat facing the Big Apple: climate change
* The “Doomsday Clock” signals that humanity is still on the brink of the apocalypse