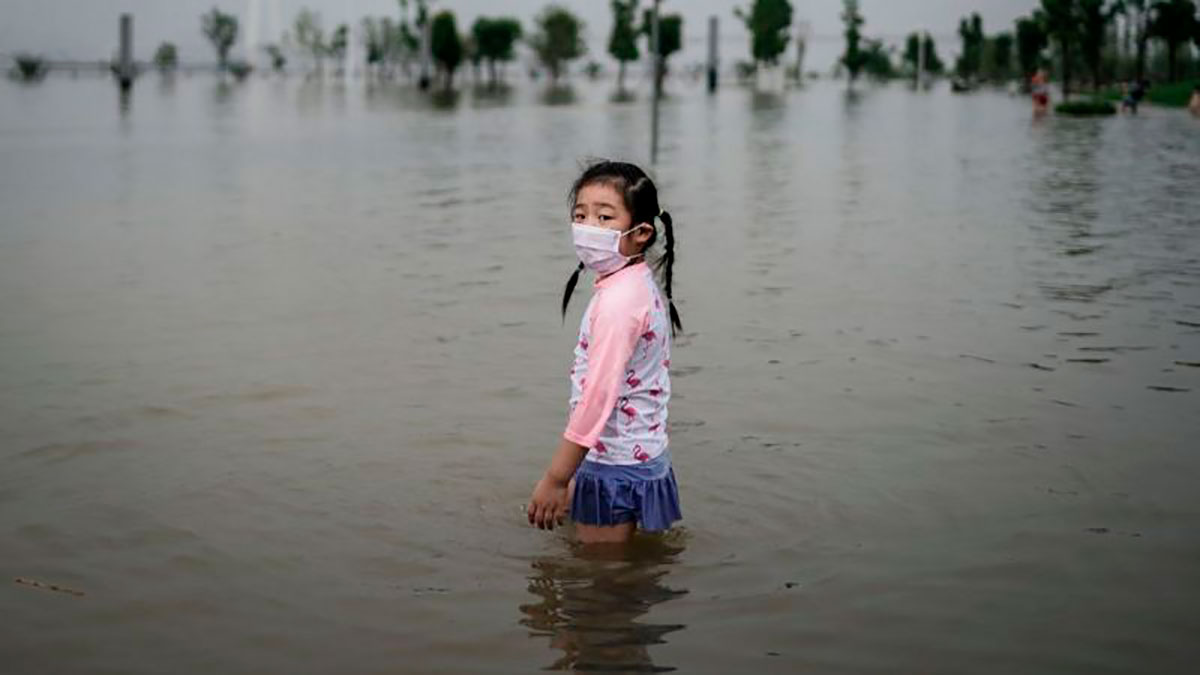 Weather records spiral out of control as wildfires, heat domes and flash floods wreak havoc around the world.

Scientists say that some of these extreme events have a proven link to the climate change and there is growing concern that they are becoming increasingly difficult to predict.

To say that a storm hit the Chinese city of Zhengzhou on July 19 is an understatement. In the course of a single day, 624 mm of rain fell, the equivalent of almost a whole year, causing the evacuation of 200,000 people and 33 deaths.

A week earlier, catastrophic floods in western Germany left a trail of destruction, with 177 dead and at least a hundred people missing.

Like China, the two European nations were hit by unusually heavy rains. And politicians like German Chancellor Angela Merkel weren’t the only ones to point to climate change as a potential contributor to these tragic events.

“Seeing the death toll in an advanced country like Germany worries me about how ill-prepared society is to deal with global warming,” says Veerbhadan Ramathan, a renowned Indian climatologist and professor at the University of California, San Diego.

He believes that extreme weather events “Will get progressively worse” in the next 20 years.

“These extreme weather events are now so intense and frequent that it is not difficult to attribute them to global warming and climate change,” he warns.

Is climate change really the culprit?

In the last two decades, scientists have been studying the possible relationships between extreme weather events and global warming caused by the greenhouse gas emission.

While there is a consensus among the scientific community that extreme weather events can have natural causes, there is growing evidence that climate change caused by human action can cause these events. are more likely and intense.

What is certain is that meteorological records have been constantly broken around the world so far in 2021.

Last month, the United States and Canada experienced the hottest june on record due to a heat dome, a mass of hot air exerting pressure on a huge area.

More of 1,200 temperature records were broken during the day and 1,500 at night in North American cities between June 24 and June 30, according to data from the National Office of Oceanic and Atmospheric Administration (NOAA).

Meanwhile, temperatures in Canada broke the record for three consecutive days in Lytton, British Columbia, which reached 49.6ºC before the fires burned the town almost completely.

Both nations continue to experience record wildfires related to the heat wave and subsequent drought. California has already seen more than 4,900 fires this year, 700 more than in 2020.

In other parts of the world, Moscow registered its day of hottest June in 120 years; while the fires in Siberia (one of the coldest regions in the world) continued in progress during the month of July to set a new record, as the region experienced its driest summer in 150 years, according to the Russian authorities .

India’s national meteorological agency reported in May that the capital, New Delhi, had broken at least a record every month since August 2020, including high temperatures and rains.

In 2019, an analysis by the California-based Berkley Earth climate institute found that nearly 400 high temperature records in 29 countries of the northern hemisphere between May and August of that year.

The climatologist and climate historian Maximiliano Herrera affirms that so far in 2021 there have been more than 260 high temperature records in 26 countries.

“The number of records is really amazing, we didn’t expect that many,” says Geert Jan van Oldenborgh, a climate researcher at the Royal Netherlands Meteorological Institute, one of the world’s leading organizations studying climate change.

“The biggest problem, however, is that we had not seen it coming with such intensity.”

Scientists have warned for years that a rapid warming of the climate will bring worse flurries of rain and more damaging heat waves, according to the BBC’s environmental correspondent Roger Harrabin.

For example, in 2004 scientists studied the scorching heat wave that caused 30,000 deaths in Europe the previous year. They concluded that human-caused emissions during the 20th century had doubled the chances of such an extreme weather event.

Experts say it is becoming more difficult to forecast such events and admit that they have failed to predict the intensity of the floods in Germany and Belgium and the heat dome in North America.

They believe that the current weather model is failing because computers are not powerful enough to accurately project the severity of events.

“Unless we do that, we will continue to underestimate the intensity or frequency of extremes and the unprecedented increase in the nature of them.”

Not all records are linked to climate change

However, it is important to note that not all extreme events can be associated with climate change. A branch of climate science, called attribution, specializes in determining the causes of unusual weather events.

In 2013, for example, UK Met Office researchers concluded that a series of really wet summers in the UK that took place between 2007 and 2012 was associated with natural variations in the temperatures of the North Atlantic Ocean.

South American researchers also found that natural waterways were the root of the extreme drought that triggered huge wildfires in the Pantanal, the world’s largest wetlands, between 2019 and 2020.

But this is unlikely to be the case regarding the North American heat wave, according to the global research conglomerate World Weather Attribution.

This team argued that the record temperatures were so extreme that they were“well outside the range of historically observed temperatures ” and that “according to the observations and the model, the occurrence of a heat wave with maximum daily temperatures like the one observed in the area was virtually impossible without the human presence caused climate change.”

The team is also looking at flooding in Germany and Belgium, with results expected by mid-August.

Van Oldenborgh, who will participate in the analysis, says scientists “know that climate change makes torrential rains more frequent” and have found evidence of human influence on climate change in most extreme weather events in recent years. years. .

Carbon Brief, a UK-based website covering the latest developments in climate science, published an analysis earlier this year of more than 350 peer-reviewed studies looking at 405 extreme weather events and trends across the world. world in the last two decades to 2020.

It was discovered that around the 70% of those events became more likely or more serious due to climate change.

“It has been surreal and emotionally jarring to see the astonishing series of unprecedented extreme weather events that we have experienced in the last month, but as a climate scientist, it is sadly not surprising at all,” says American meteorologist Jeff Masters, who also writes for the news service Climate Connections from Yale University.

He points to a 2004 article by Harvard University climate scientists Paul Epstein and James McCarthy, in which they discussed “signs of instability within the climate system.”

“They warned about the system offering ‘significant and punishing surprises,’ which perfectly describe the June heat wave in North America and the July floods in Europe,” adds Masters.

“What the world needs is action”

It is in this context that delegations from around the world will meet in Scotland next November for the United Nations COP26 Climate Change Conference and thus present plans to reduce their carbon emissions.

Several scientists and politicians believe that commitments such as the goal of keeping global temperature rise “well below” 2 ° C and limited to 1.5 ° C should be reconsidered before the summit.

“My projection is that warming will reach 1.5 ° C by 2030, with about five years or so, no matter what we do, ”says Professor Ramanathan.

“It will continue until around 2040 and then the curve will begin to bend in response to climate actions on a global scale. After 2040 is when it will start to cool down… as long as we act now ”.

It is a warning echoed by the UN’s executive secretary for climate change, Patricia Espinosa, of Mexico, this week.

“What else can the numbers show us that we can’t see anymore?”He asked at a meeting of energy and environment ministers from the G20 nations. “What else can statistics say about floods, wildfires, droughts, hurricanes, and other deadly events?

“The numbers and statistics are invaluable. But what the world needs now, more than anything else, is climate action. ”