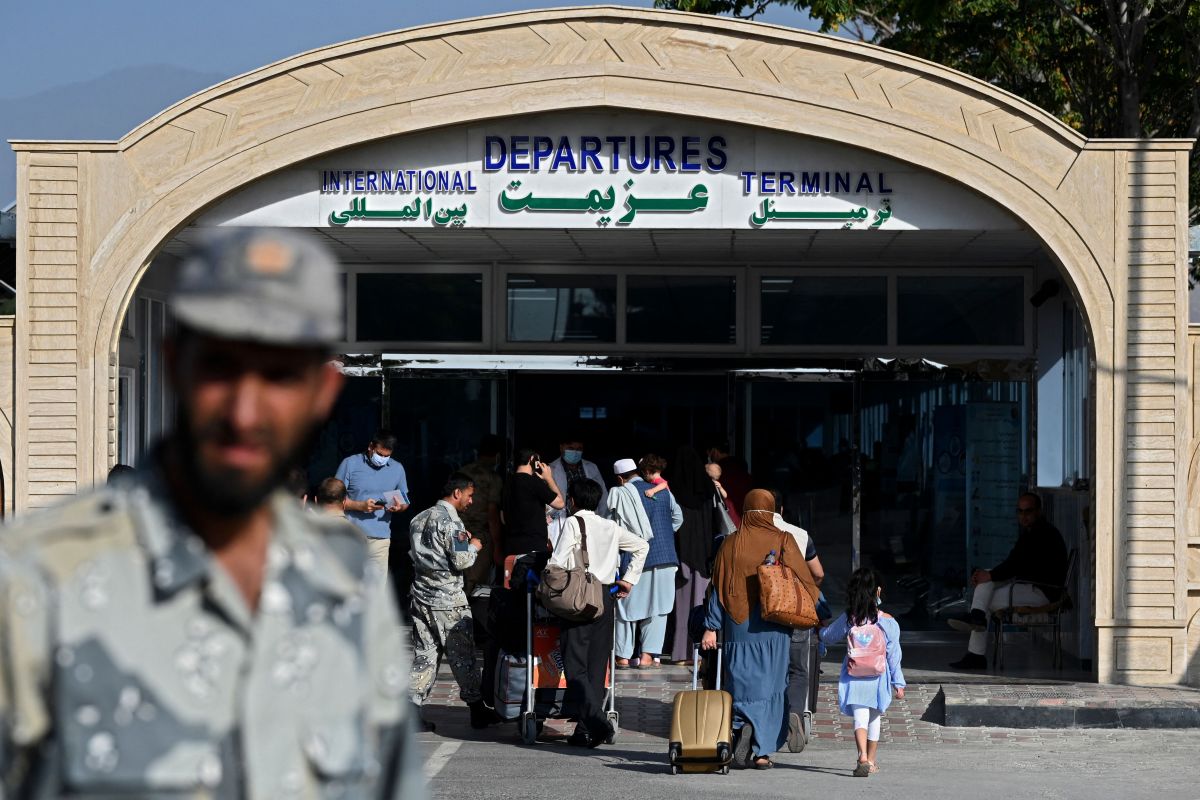 Taliban militants harassed a reporter for the US news network CNN who was trying to narrate the incidents from the Kabul airport in Afghanistan, and asked her to cover her face before addressing them.

Clarissa Ward was approached this Wednesday by fighters of the new regime on the outskirts of the airfield in the capital when, together with his production team, he tried to report on the disorder due to the desire of Afghans to flee the country in American planes.

“We came to the Kabul airport to see the ordeal that people must go through in order to catch a plane. Shots can be heard every few minutes, ”Ward describes as part of his account.

“Suddenly, a member of the Taliban harasses us enraged,” continues the journalist before the cameras.

Ward proceeds to approach one of these fighters and instructs him if he can ask him a question, to which the interlocutor replies that he has to cover his face first.

# 19Aug | CNN reporter in Kabul, Afghanistan, Clarissa Ward, and her team were harassed by the Taliban during an attempt to show what is happening in the city.

Clarissa Ward, CNN correspondent, and her colleagues are risking their lives so that you can see what is happening in Afghanistan at home. #JOURNALISMpic.twitter.com/3tt9VOoBDM

Another great report from the great @clarissaward from @cnni from #Kabul, #Afghanistan. The shops of the city are selling more burqas for women, who buy them preventively …
pic.twitter.com/WE9lp7oQfj

The communicator complies with the request, but immediately approaches another Taliban to ask him what a hand is carrying and what it uses to hit some passersby in the street.

This person also asks Ward to cover his face, but does not respond about the makeshift baton or whip.

However, the aforementioned takes the opportunity to blame the United States for the chaos in the country.

“The reason for all this is the US presence in Afghanistan“, The interviewee would have indicated.

“Look at all those people. The US is acting unfairly with them, ”he argued about Afghans stranded at the airport in their attempts to leave the country.

“Why are they lying to you and telling you that you can go to the US? Why don’t they let them stay and help in their own country? ”Asked the Taliban.

To avoid further confrontations, the reporter and her team continue their journey, and are immediately approached by Afghans who claim to have been translators in US military camps who ask for help to expedite their departure process from the Asian country.

Another militant broke through with an AKA-47 near the members of the press, while two others raise the butts of their weapons to attack the team, but the communicators explain that they have permission to report in the area.

The video that until this morning was available on CNN’s YouTube channel, now appears as private.