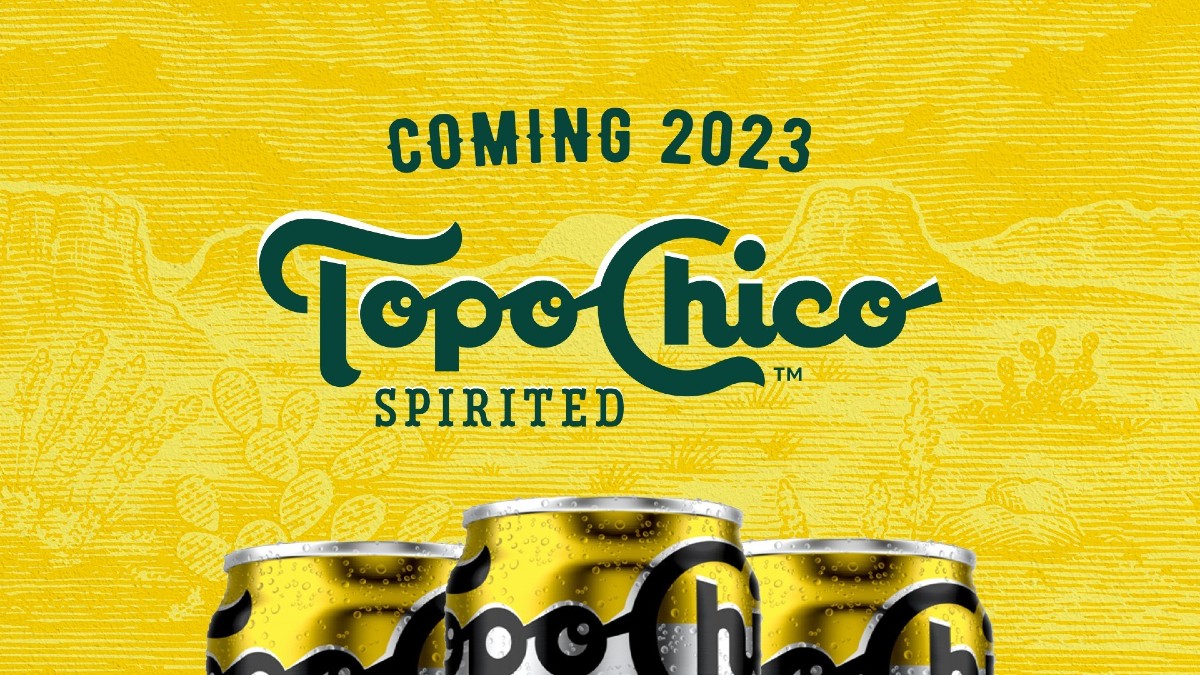 These are ready-to-drink canned cocktails based on distilled beverages such as tequila.

Coca-Cola and Molson Coors Beverage Company highlight one value attribute of their new product: Topo Chico Spirited will be made with 100% real distilled spirits, such as premium tequila from Mexico.

But tequila will not be the only version that will make up the new Topo Chico Spirited line, as a total of three canned cocktails will be offered to consumers of legal drinking age.

“Taking inspiration from popular cocktails being made in bars and restaurants today, Topo Chico Spirited will bring something completely different to our aisle,” detailed David Coors, vice president of Next Generation Beverages for Molson Coors.

“We believe Topo Chico Spirited will shake up the canned cocktail space with unparalleled flavors and a legacy rooted in the iconic 125-year-old master brand,” he added.

The new line of distilled blended beverages will begin hitting shelves in the country starting next year.

However, not all markets will have the opportunity to try the new Coca-Cola and Molson Coors bet, as its sale will be limited to 20 markets.

Coca-Cola and Molson Coors expand their portfolio of alcoholic beverages.

The launch of Topo Chico Spirited is not Coca-Cola and Molson Coors’ first foray into the alcoholic beverage market.

Its launch comes after the two successfully launched their Topo Chico Hard Seltzer line in 2021, in addition to the well-received Simple Spiked lemonade just last June.

According to Molson Coors CEO Gavin Hattersley, both companies’ share of the hard seltzer market grew 9% during the second quarter of this year, primarily due to Topo Chico Hard Seltzer sales.

However, its Simply Spiked lemonade drink is not far behind, as according to Molson Coors, they have sold more than 60,000 hectoliters and already have a 3.5% market share.

For its part, Coca-Cola entered the RTD alcoholic beverage market in 2018 with Lemon-Dou and subsequently added Jack Daniel’s & Coca-Cola RTD, Schweppes Pre-Mixed Cocktails, and Fresca Mixed to its portfolio.