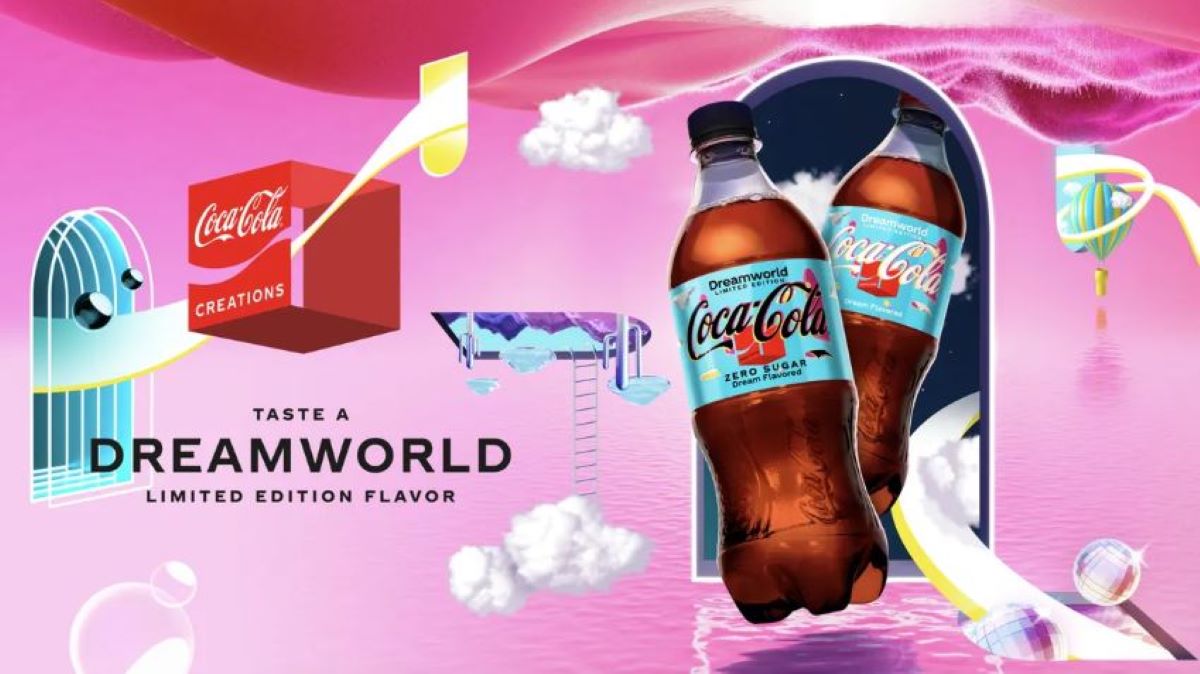 The Atlanta soft drink company announced Coca-Cola Dreamworld, the fourth and final Coca-Cola Creations release of 2022which bottles the technicolor tastes and the surrealism of the subconscious with the flavor of “dreams” for fans of the brand.

The drink, which will be available in the United States and Canada starting August 15claims to have cheerful and vibrant sparkles that highlight the unmistakable flavor of Coca-Cola.

“Coca-Cola Dreamworld taps into Gen Z’s passion for the infinite potential of the mind by exploring the taste of a dream”said Alessandra Cascino, director of the Creative and Purchasing Program of the Coca-Cola North America Operating Unit. “Like the Coca-Cola creations that came before it, Dreamworld plays with the unexpected and is sure to spark discovery and discussion among consumers…which we appreciate.”

The Coca-Cola Creations platform, which debuted in February When Coca-Cola Starlight gave fans a taste of outer space, followed by the gaming and metaverse-inspired Coca-Cola Byte and collaboration with GRAMMY-nominated music artist Marshmello, they reinvented the brand worldwide, said the soft drink through a statement to the media.

According to the information, the new drink is accompanied by a set of immersive digital activations available on the Coca-Cola Dreamworld portal. Fans can scan any Dreamworld package on their mobile phone to access the Coca-Cola Creations Hub, where they can enjoy an augmented reality (AR) music experience created in collaboration with Tomorrowland.

On the site, fans will be able to download an exclusive Dreamworld-inspired digital fashion collection for the metaverse through a partnership with DRESSX and more.

“We meet Gen Z where they are with relevant content and collaborations that matter to them”Abraham added.

You may also like:
– Sprite will remove its green bottles and logo starting in August
– Announced launch of Jack Daniel’s Coca-Cola drink, Ready-To-Drink Cocktail
– Coca-Cola announces changes in the design of its bottle