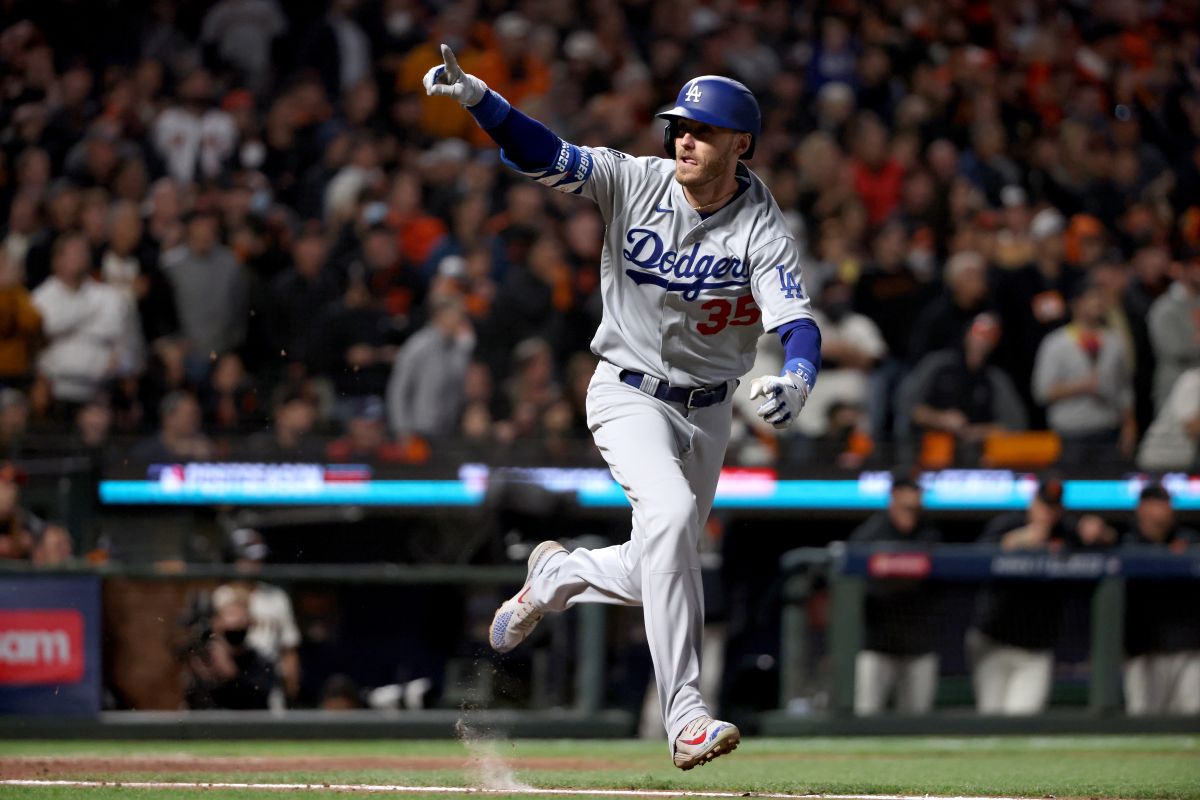 The Los Angeles Dodgers They needed their 110th win this year and special help from their veteran ace with just two days off to finally get rid of the San Francisco Giants.

In an epic, historic and heart-stopping fifth game of an unprecedented Division Series between Los Angeles and San Francisco, the unexpected hero was Cody Bellinger, who with an RBI hit in the ninth inning broke a tie to lead the Dodgers to a 2-1 win to advance to the National League Championship Series.

Max Scherzer, 37, acquired in the second half of the season, was sent to try to get the final three outs. The future Hall of Famer got it despite a mistake by third baseman Justin Turner that put a running back on board.

Wilmer Flores was out 27 when first base umpire Gabe Morales got it wrong on a half swing from the Venezuelan and decided that the bat crossed. The TV reruns showed the opposite.

From hours before the decisive game in San Francisco, fans were already “stressed” when the Dodgers reported that Julio Urías, who had been announced as a starter two days earlier, was not going to be the one to start on the hill. In fact, the Sinaloan entered until the third inning.

The tense battle, as are many between these two traditional rivals, came tied 1-1 in the ninth inning, when Los Angeles scored the run of the difference.

Young reliever Camilo Doval hit Justin Turner with a pitch after one out. Gavin Lux singled to right field and then came Bellinger singled to center-right on a 1-2 count to drive in Turner from second and put the 2-1 on the board.

Manager Dave Roberts decided to start on the hill with right-hander Corey Knebel in a disputed and questioned strategic move, mostly because the Mexican was a starter in all 33 appearances of the season, including a brilliant outing in Game 2 of the series. In the end, the decision was not decisive in the outcome of the match.

The Dodgers, numbed once again by the pitches of right-hander Logan Webb, finally opened the scoreboard in the sixth inning with a double to left by Corey Seager to drive Mookie Betts, who had hit his third single of the game after one out and reached second on steal.

The lead didn’t last long for Urías and the defending World Series champs. Darin Ruf, first batter for San Francisco in the sixth, worked the Sinaloan and on a full count he found a quick through the center of the plate to hit wild hit on the center wall and tie the score 1-1.

Urías, who has 7 postseason wins to be the all-time leader for pitchers under 26 years old tied with Madison Bumgarner, finished his work – which was good – with 4 innings, 3 hits, 1 run, 5 strikeouts and 0 bases for balls. He had no decision.

Corey Knebel started on the mound for the Dodgers and was followed by Brusdar Graterol. Each one retired a blank inning before Uriah finally appeared on the ridge.

The Mexican, what a year before he was an unexpected team hero by acting as a relief pitcher in the playoffs, showed no negative effect from changing his routine and hung up his first ring after just 7 pitches.

An inning later, Brandon Crawford led off with a single, but Urias recovered and with his customary poise retired the next three batters. And in the fifth the Mexican retired three in order, all by way of punch.

Logan Webb, who made the Dodgers look harmless in the first game of the series, had another extraordinary outing. His dominance was revealed between innings 4 and 5 as he retired five men in a row, two of them for strikeouts and the other three with weak rolls to the pitcher himself.

With his 106 pitch he struck out Cody Bellinger to complete 7 innings with 4 hits, 1 earned run, 7 strikeouts and 1 base. He also had no decision.

The Dodgers blew a good opportunity in the eighth inning when Betts hit his fourth hit to put two men on base. with one out. But Seager struck out against Tyler Rogers and Trea Turner, on a bad night, served high against Camilo Doval.

The Championship Series against the Atlanta Braves will begin Saturday night.