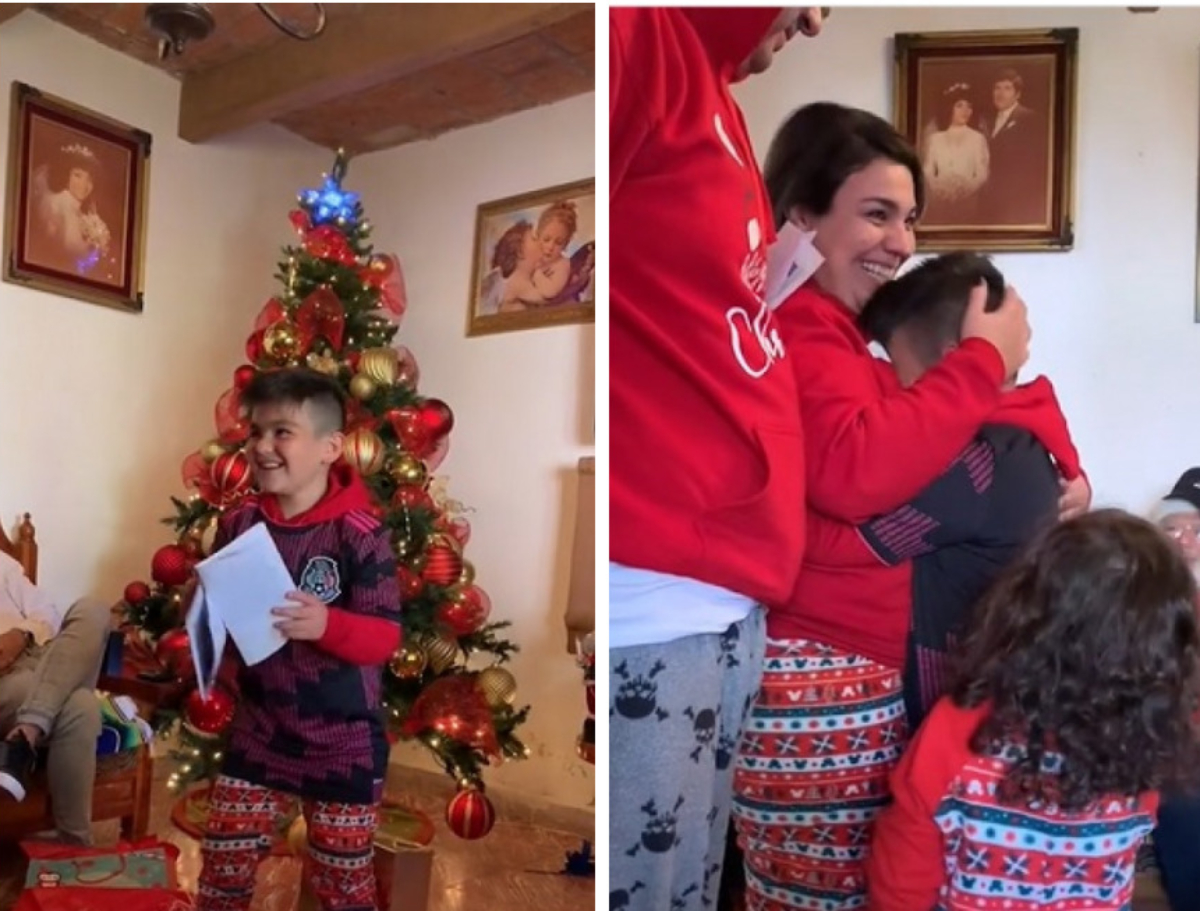 A child has become Coldplay’s VIP guest, after a video on TikTok with the emotional and moving reaction of the little boy went viral by receiving as a Christmas gift tickets to attend a concert by the British band.

And it is that the little one was surprised and cried with emotion when he received as a Christmas gift some tickets to go to one of the concerts that Coldplay will offer in Mexico next year.

The emotional reaction was captured on video and shared on TikTok on the account of Maria Jose Hernandez – mariahdez19-.

“They gave my nephew Coldplay tickets and this was his reaction,” Read a written message about the video, which went viral and has more than 5.5 million views.

“No, I don’t believe it,” said the boy as he took the tickets and runs into his mom’s arms and starts crying with excitement.

His mother also lets out a few tears when she sees the excitement of her son to have the opportunity to go to the concert of Coldplay, one of his favorite bands.

“They are tickets to enter the Coldplay concert, in the best place “says mom. The youngest thanks his parents for the gift and hugs them.

Coldplay and the VIP invitation

But the surprises for the child did not end there, since the video went viral and reached Phil Harvery, co-manager of Coldplay, who sent a message to the child, through the official account of the British band.

“This made me so happy. Please come with your family as my VIP guests. Send a direct message to the band and we fix it ”, highlights the message written by Harvery.

In a second video, the reaction of the minor is seen when hearing that he is a VIP guest of Coldplay.

“Mati, we have news for you, your TikTok went viral and Coldplay is inviting you to be their special guest at their concert,” a woman is heard saying.

Upon hearing that news, the minor he can’t believe it and puts his hands to his head, then to his face and finally drops to his knees to the ground, of the emotion you feel in those moments.

Coldplay will offer three concerts in Mexico next year, in Monterrey, Guadalajara and Mexico City.

– “To rest”, young man buys all the roses to old man to go home, video goes viral on TikTok

– “To make roasted carnita”, a child’s reaction goes viral when he receives coal as a Christmas gift

–TikTok Video: Poignant, homeless responds with a gift to a young man who gave him money on Christmas