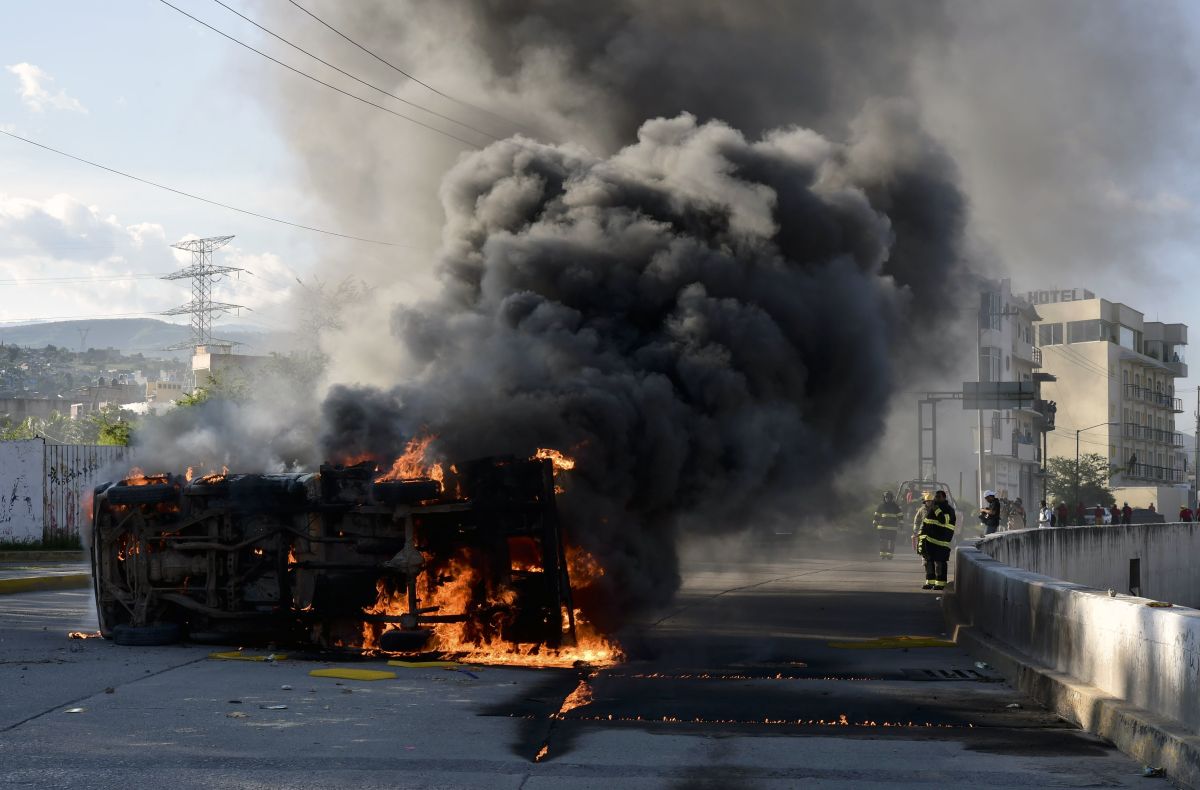 In the midst of violent actions by alleged members of a criminal gang in Mexico, the mayor of the city of Tijuana, Montserrat Caballero, He asked criminal groups to “collect the bills from those who did not pay what they are owed, not from the families.”

Through social networks, the video was broadcast in which the mayor, accompanied by two other government officials, sent a message to the organized groups.

“We tell him that Tijuana is going to keep taking care of the citizens and we also ask you to collect your bills from those who did not pay their debtsnot to families or citizens,” said Caballero.

He emphasized that as state authorities they are not going to allow “no single Tijuana resident to pay the consequences of those who did not pay their bills.”

The Secretary of Public Security of Tijuana, Fernando Sánchez, confirmed this Friday that at least 12 cars set on fire in Tijuana alone.

The events recorded in Tijuana and other cities in Baja California took place a day after the violent day in Ciudad Juárez and Chihuahua, which left 11 dead, 12 injured and several businesses and vehicles burned.