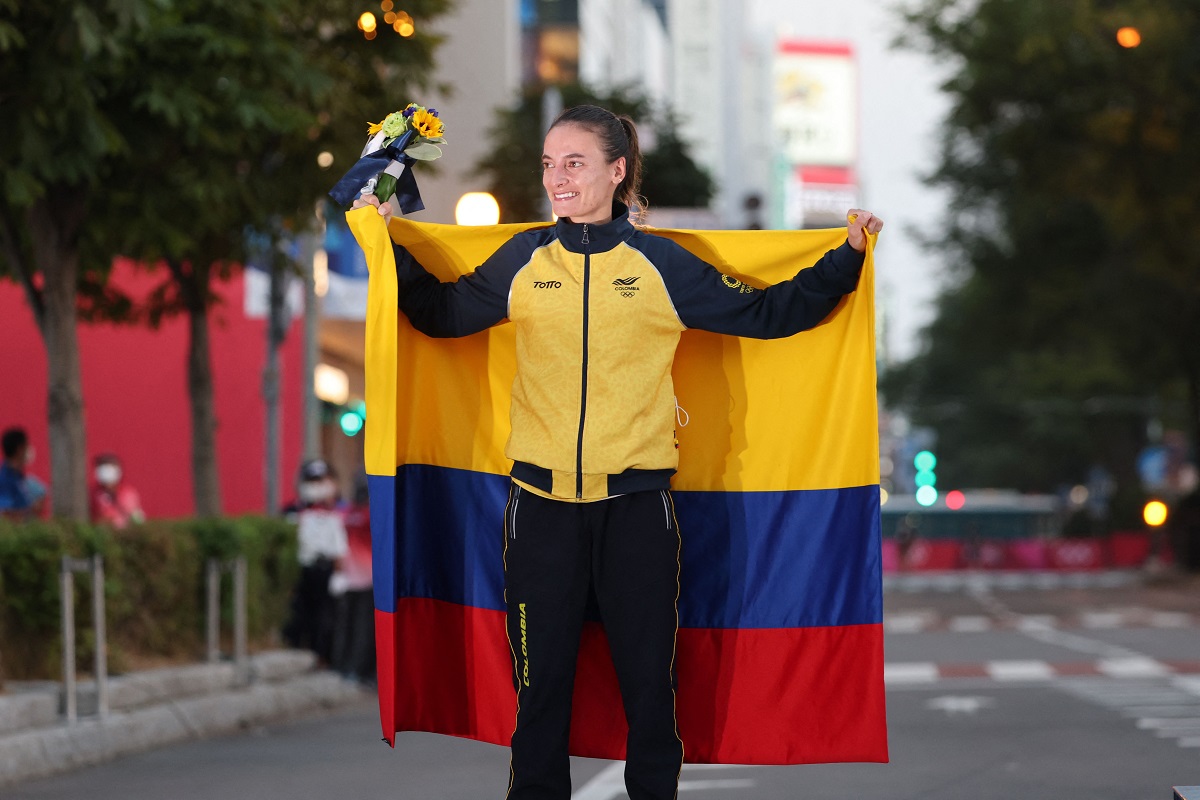 Colombia celebrates the surprising silver medal that the athlete obtained this Friday Lorraine Arenas in the 20 km Olympic race Tokyo 2020, the first medal for the country in this modality and its fifth in these Olympic Games.

“Cry with joy, we cry as a family. Historic medal for the Colombian delegation, Lorena Arenas becomes the first national athlete to get an Olympic medal in the walking modality. Immense Lore! ”, Celebrated the Olympic Committee of Colombia (COC) in their social networks.

The Colombian had just given the country the first gold medal in the 20-kilometer walking modality in the history of the Pan American Games, a medal that was hung in 2019 when crossing the finish line in Lima with a time of one hour, 28 minutes and 3 seconds.

Cry with joy, we cry as a family 👏🇨🇴👏

🥈 Historic medal for the Colombian delegation, Lorena Arenas becomes the first national athlete to get an Olympic medal in the walking modality.

“Colombia wakes up with a silver medal. Lorena Arenas hung the silver medal in the discipline of the 20 km march of the Olympic Games # Tokyo2020, the Colombian registered 1:29:37 and added the fifth medal of the Colombian delegation in these jousts, “added the COC today.

The marcher, born in the city of Pereira (west) in 1993, also won the Saransk World Cup of Athletic March 2012 in the 10-kilometer category, and today she broke down in tears when she crossed the finish line and achieved her first global medal.

🙌🏼#CABBAGE surprise on the go!

🏃🏻‍♀️ Sandra Lorena Arenas was not a favorite and the silver metal hangs in the 20km in the #OlimpicosTelemundo.

“A historic silver medal! Congratulations @ lorenaarenas22, the first national athlete to win an Olympic medal in the walking mode! Fifth medal of the Colombian delegation in the # Olympic Games ”, President Iván Duque celebrated in a message shared through his Twitter account.

Although it was not a medal that Colombia believed assured, the country hoped that Arenas would perform well in the event due to his sporting results and preparation.

“The silver medal obtained by Sandra Lorena Arias from Pereira at the Tokyo Olympic Games fills us with pride. Sandra represents the drive, tenacity and perseverance of women born in this land of ancestral paisas, ”said the Mayor of Pereira.

In addition to that of Arenas, Colombian sport has won three other silver medals at the Tokyo Olympic Games: one with Mariana Pajón in BMX, another with Luis Javier Mosquera in weightlifting, and the one that was hung by the Guajiro Anthony Zambrano in the 400 meters, as well as a bronze with Carlos Ramírez, also in the bike.

“Colombia is going strong in # Tokyo2020! Congratulations to @ lorenaarenas22 for giving us the fifth podium at the # Olympic Games. Your silver medal is synonymous with discipline and an example to follow for many girls and young people in Colombia. Sign of hands clapping ”, celebrated the vice president of the country Marta Lucía Ramírez.