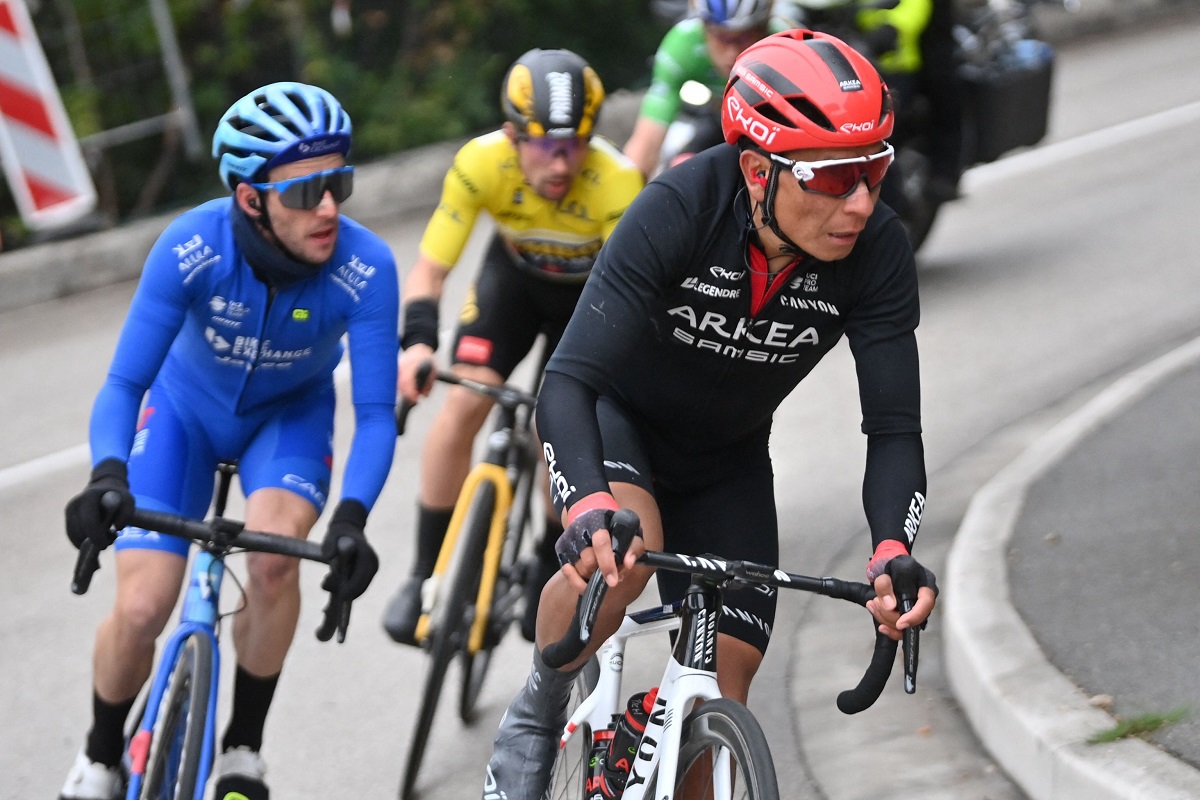 The Colombian Nairo Quintana (Cómbita, 32 years old), said after announcing his renewal with Arkea Samsic until 2025, which will be presented in the Vuelta which begins this Friday in Utrecht (The Netherlands) with “the ambition of seeking a place on the podium”.

The cyclist from Boyacá, winner of the Vuelta and Giro d’Italia and twice second in the Tour de France, will try to take advantage of the mountainous profile of the Vuelta route to once again show his best condition and aspire to the podium.

“This Vuelta offers 10 mountain stages and many hilltop finishes. They are all going to be important and I come prepared to fight with the team to get victories and try to get a place on the podium”said Quintana from Utrecht, where he is already waiting with Arkea for the start of the Spanish round.

Quintana was happy with his recent renewal, highlighting a project that is progressing and that is getting stronger with new signings, such as the Frenchman Champoussin.

“I consider the Arkéa-Samsic team as a family in which I thrive. I appreciate the manager Emmanuel Hubert, who contacted me at the end of 2019, and I have not forgotten that. The team has grown since I joined it. Very soon I was convinced that I still had great sporting challenges to face with the Arkéa-Samsic jersey and that our beautiful common history that began between the two since 2020 could only continue”, said Quintana.

Nairo Quintana has 11 wins since his debut in the Arkéa-Samsic jersey in 2020, including a UCI WorldTour race, the final stage of the 2020 Paris-Nice. He is currently 22nd in the 2022 UCI ranking.

Regarding the fight for promotion and relegation in the top category, Quintana stated that he hopes that his former team, the Movistar Team, is saved and does not lose the category.

“There are teams in a difficult situation and there is a lot of fighting for points, which makes the races more open and interesting. The monopoly of money is no longer imposed so much. In the case of Movistar, it is unfortunate that it is going through these difficulties, both because of its trajectory and the quality of its runners. I hope he is saved, ”he concluded.

You might also be interested in:
– Example of overcoming: Egan Bernal competes again after recovering from a serious accident
– You have to listen to it: Betis fans covered Quevedo’s theme with Bizarrap and caused a furor (Video)
– Manchester United is interested in Christian Pulisic in the final part of the summer market