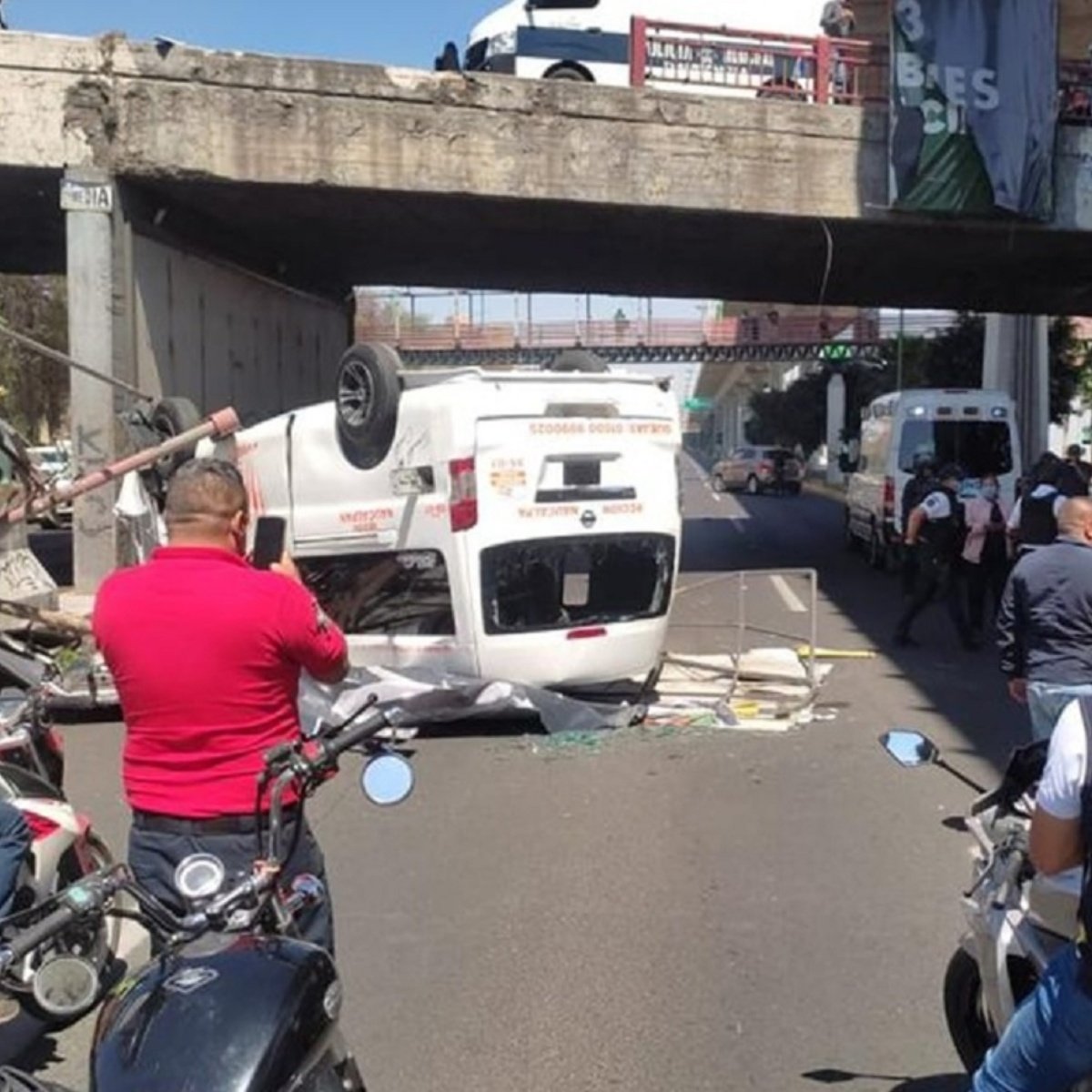 It all happened in Tlalnepantla, Mexico state (Mexico) when a bus caused a terrible accident by collapsing from a bridge that goes over Periférico, this is the video!

On AmericanPost.News We reveal to you that this is not the first time that this type of accident has occurred, since, the last time in the Mexico-Pachuca, a very similar one happened, and it was also a public transport unit.

Previously we told you that a passenger fell from falling asleep; however, now we show you the images of how a car ended after falling unexpectedly.

⚠️#LAST MINUTE�� A public transport unit fell from a vehicular bridge that crosses the #NorthPeripheralat the height of #Sor Juanain the municipality of #Tlalnepantla.

So far three injuries have been reported. pic.twitter.com/CMFKdw8p3A

A public transport unit fell from a vehicular bridge located on Periférico Boulevard Manuel Ávila Camacho, the car was left between the lanes of this road at the height of Rodeo Santa Fe, and for now it is known that there are no deaths, only 6 people injured, three of these are serious, although all were taken to the Lomas Verdes Traumatology Unit.

Among the injured is a 40-year-old man and a 25-year-old woman who is two months pregnant. At the scene of the events, it was announced that four people were treated, three of whom suffered a nervous breakdown and one is a minor.

It is worth mentioning that the driver is detained, and for now, everyone is still in shock, although Civil Protection and the State Police are already doing their thing, and even passers-by have helped to get the injured out of the vehicle, for this the central lanes of Periférico in Both directions are closed, hence traffic chaos.

Where is the Tlalnepantla region located?

It is located in the State of Mexico in the Mexican Republic and is bordered to the west by Michoacán, to the east by Puebla and Tlaxcala, to the south by Guerrero and Morelos, while to the north by Hidalgo and Querétaro.

This reminds us of when they caught a combi driver wounded by assailants.