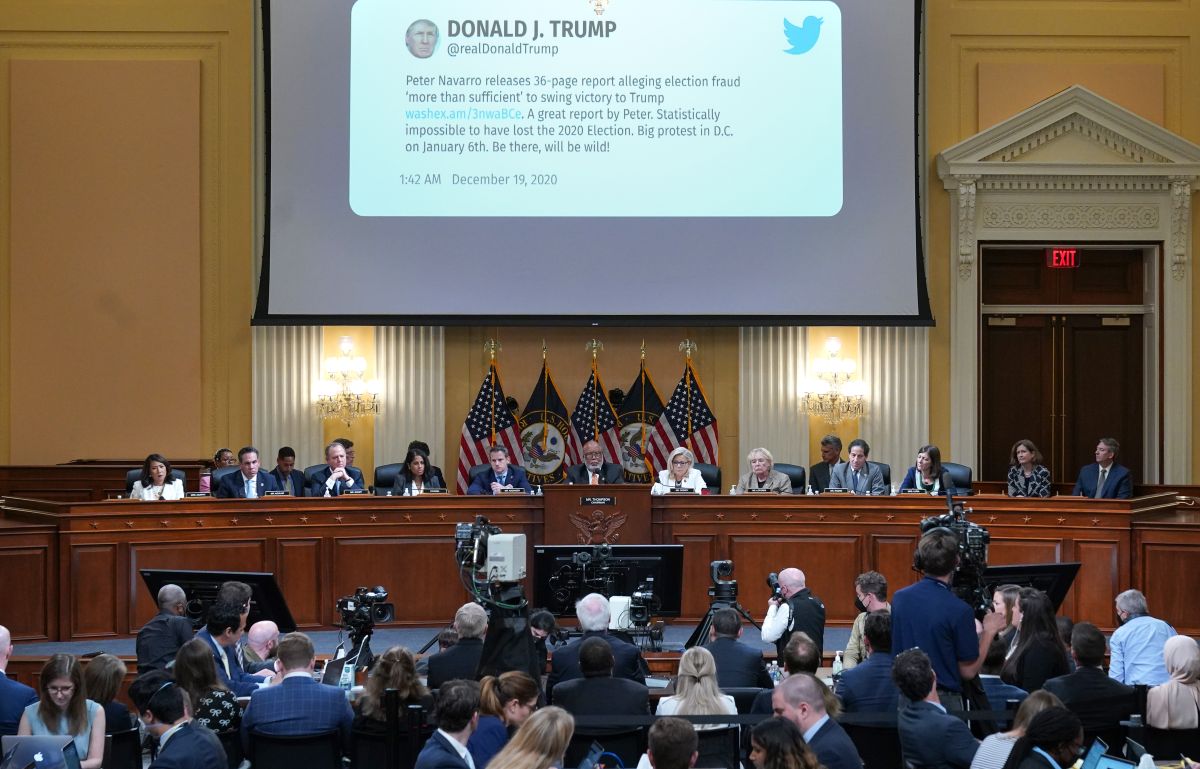 The House select committee investigating the January 6 attack on the US Capitol will hold a hearing this Tuesday, June 28, after previously revising its schedule to postpone hearings for “several weeks.”

The hearing will begin at 1 pm ET and members will “present recently obtained evidence and receive testimony from witnesses,” the committee said in a statement.

Until now, no committee member wanted to advance if the recordings of Holder are the aforementioned new evidence.

Chairman Bennie Thompson, D-Miss., closed the committee’s last public hearing in anticipation of the focus of the upcoming appointments, calling the Jan. 6 attack a “Trump back-up plan to stop the transfer of power” from Capitol Hill.

The committee is made up of seven Democratic representatives and two Republicans and has been investigating for nearly a year Trump’s responsibility in the attack on Congress by his supporters on January 6, 2021, in which five people died, serious damage was caused.

Read more:
The US Supreme Court ruling that legalized same-sex marriage: Obergefell v. Hodges
Amtrak train with more than 200 passengers derails in Missouri, multiple injuries reported
“Trump’s appointments to the Supreme Court have begun to have and will have a great effect on US law.”