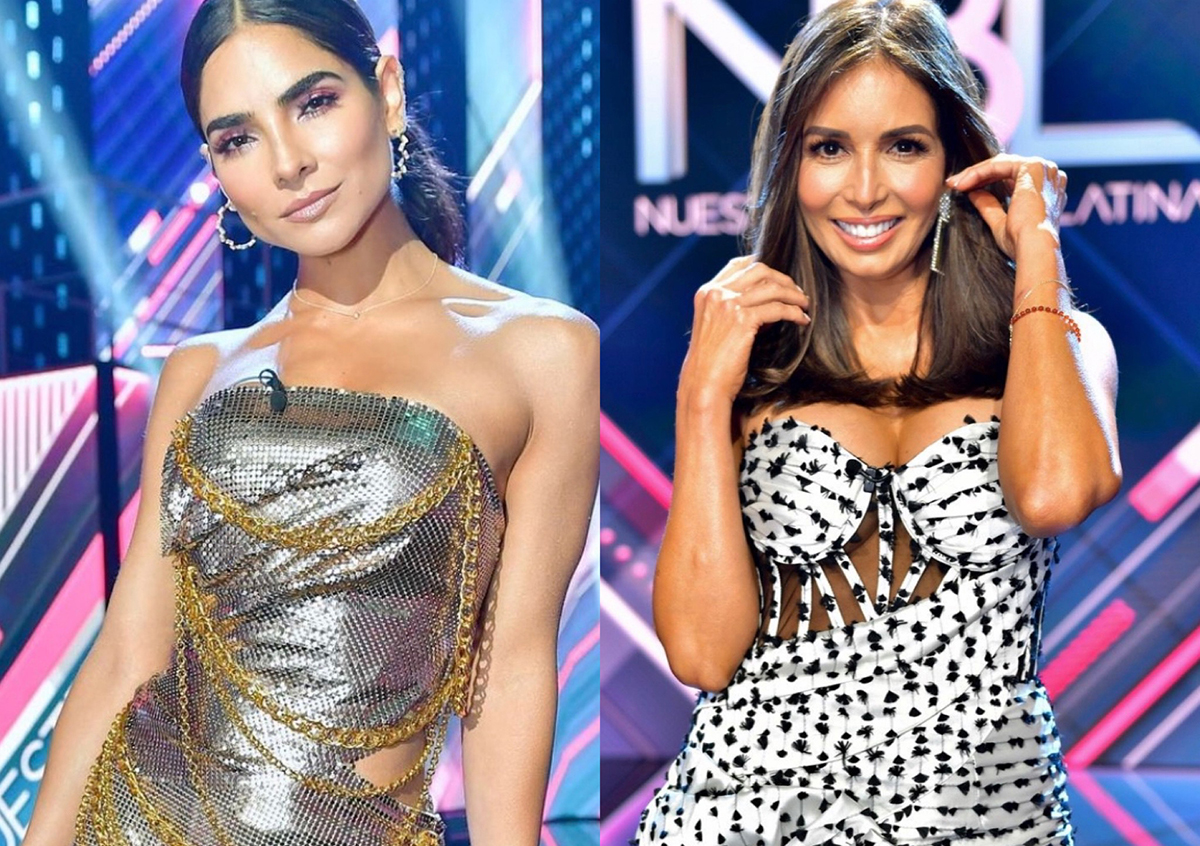 After learning about the health problem of Alejandra Espinoza, the one who even today does not have a clear diagnosis, the big question was, Will we see her driving ‘Nuestra Belleza Latina’ this Sunday? And if not, who could replace it?

Well, a few hours before the show starts, it’s done confirmed: Giselle Blondet will be the one to replace Alejandra Espinoza today in ‘Nuestra Belleza Latina’… And without a doubt, no one better than her, who not only She was the first presenter of the Univision reality show, but she is also, in some way, Ale’s television mother.

And as in any Latino family, mothers will always be the ones who will run to protect, save or help your children. This case will not be the exception, because Giselle is ready to give her hand to whoever was her first queen in 2007 when Univision decided to risk a contest that started out of beauty, and ended up being a great casting to have her next talents from the network.

“I love you Ale and I know that you will soon be fully recovered. You are my first queen, you know what you mean to me, and how proud I am always of you“Giselle wrote to Alejandra, who also kept an eye on Espinoza’s health since she heard the news.

The next question is, What will happen to her role as judge? Let’s remember that both in the previous season and in this one, Giselle is part of the jury along with Daniella Álvarez, Adal Ramones and Jomari Goyso.

Well, as we learned, on this occasion, the jury’s decisions were three, since Blondet will focus on driving, although of course his excellent advice would not have been missing, which always, from the first season, helped the participants.

Let’s remember that last Thursday we met the difficult surprise that Alejandra Espinoza had been hospitalized for several days, after presenting a picture of paralysis in the middle of her face, partial loss of vision in one of her eyes, dizziness and headache.

As she herself explained in a video that she uploaded to her networks on Friday, when she received the news that she could be discharged, they admitted her for paralysis, they thought she had had a stroke and even suspected she had multiple sclerosis, but all those diagnoses were ruled out.

Although it is not yet known what happened to him, at the moment physically nothing has been found, it is suspected that a possible peak of stress. This next week he will continue with his studies.

If you are registered, Why won’t we see her driving ‘Nuestra Belleza Latina‘? Although at first Alejandra had asked to be, between the production and Espinoza itself they decided to give priority to health, understanding that the responsibility today is to take care of yourself, so we will not see it this Sunday, but possibly the next.

For which Giselle, Alejandra’s teacher and who one day gave the post, will be the one who will lead a show that will be special, because It will start an hour later at 9/8 PM Central, as there is a soccer game before. And as we told you, it will have Marie Antoinette Collins as a guest, who will be the coach of the extreme test.

LOOK HERE AGAIN WHAT ALE ESPINOZA TOLD FROM THE HOSPITAL: