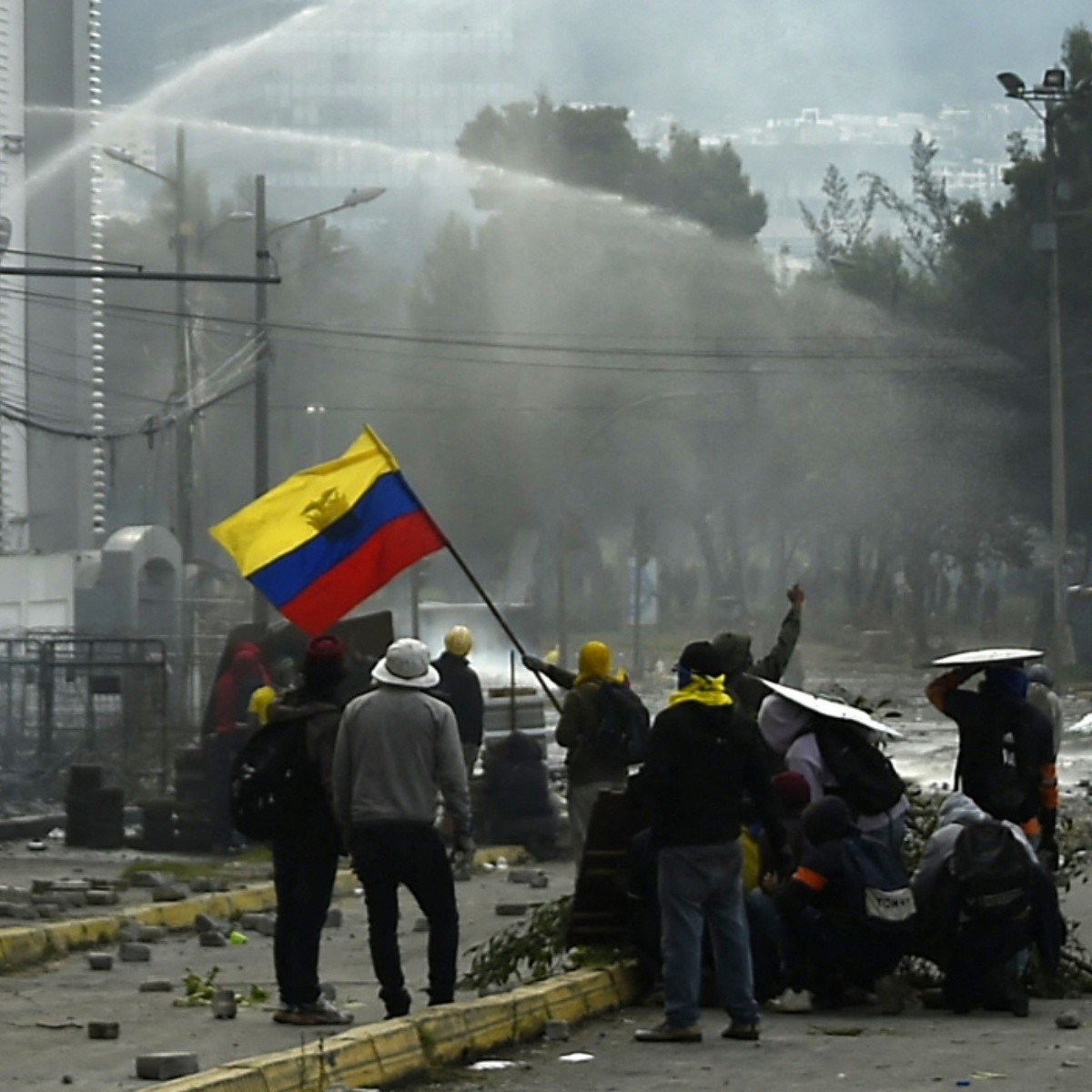 The President of Ecuador, right-wing Guillermo Lassofaces this Saturday a debate in Congress to vote for his dismissal due to “internal commotion” that leave thirteen days of bloody indigenous protests against the high cost of living.

The plenary session will meet at 6:00 p.m. local time (11:00 p.m. GMT) before the call of the third part of the National Assembly that sees in the president the cause of the “serious political crisis and internal commotion“The country lives.

Meanwhile, the protests continue to shake Ecuador, especially Quito, where some 10,000 indigenous people from their territories march in different parts of the capital shouting “Lasso out, out!”

The 47 members of the Unión por la Esperanza (Unes) caucus, related to former socialist president Rafael Correa (2007-2017), requested on Friday the departure of the president, a former right-wing banker who took office in May 2021.

Isolated by covid, Lasso attacked the leader of the demonstrations, Leonidas Iza, president of the powerful Confederation of Indigenous Nationalities (Conai).

“Mr. Iza’s real intention is to overthrow the government (…) he has no control over the demonstrations or the criminality that his irresponsible actions have generated,” Lasso said.

Rivers of indignant people with red ponchos, sticks and handmade shields demand a reduction in the price of fuel among other measures to alleviate the poverty of their peoples. They leave behind barricades with trunks and burnt tires in a semi-paralyzed and exhausted city.

After two violent days on Thursday and Friday, Quito wakes up peacefully and in anticipation of the impeachment debate.

Ecuador gained a reputation for being ungovernable after the abrupt departure of three leaders between 1997 and 2005 due to social pressure.

Impeachment requires 92 of the 137 possible votes in Congress, in which the opposition is a majority, but is scattered.

Lasso must be summoned to the afternoon session to defend himself and in his presence a debate will be opened, the duration of which will be determined by the president of the Legislature.

Once the discussion is over, the deputies have a maximum of 72 hours to decide on the impeachment request.

If approved, Vice President Alfredo Borrero assumes office and presidential and legislative elections are called for the rest of the period.

The last two nights Quito has been the scene of bloody clashes between the security forces and protesters with Molotov cocktails, pyrotechnic rockets, tear gas and stun grenades.

The indigenous rebellion leaves six civilians dead and a hundred wounded in thirteen days, according to the Alliance of Organizations for Human Rights.

The authorities registered more than 180 injuries between the military and the police and promised to repress the demonstrations more energetically.

Worn out by the crisis, with closed shops and shortages of some products, Quito is also counter-protest scenario.

Hundreds of Ecuadorians are mobilizing in parallel with opposing slogans: “Out Iza, out!” Caravans of high-end vehicles traverse wealthy areas honking their horns and waving white flags.

Ecuador, whose dollarized economy was beginning to recover from the effects of the pandemic, loses some 50 million dollars a day due to the crises.

The government assures that reducing fuel prices as the indigenous claim would cost the State more than 1,000 million dollars a year in subsidies.

The oil industry, the main Ecuadorian export item, is producing at 54% of its capacity, due to the seizure of wells (918 closed) and roadblocks amid the protests.

Without much political backing, Lasso now has the support of the military who have closed ranks around his government.


“We had nothing to do with the plant. I came for something else”: Rubén Rocha