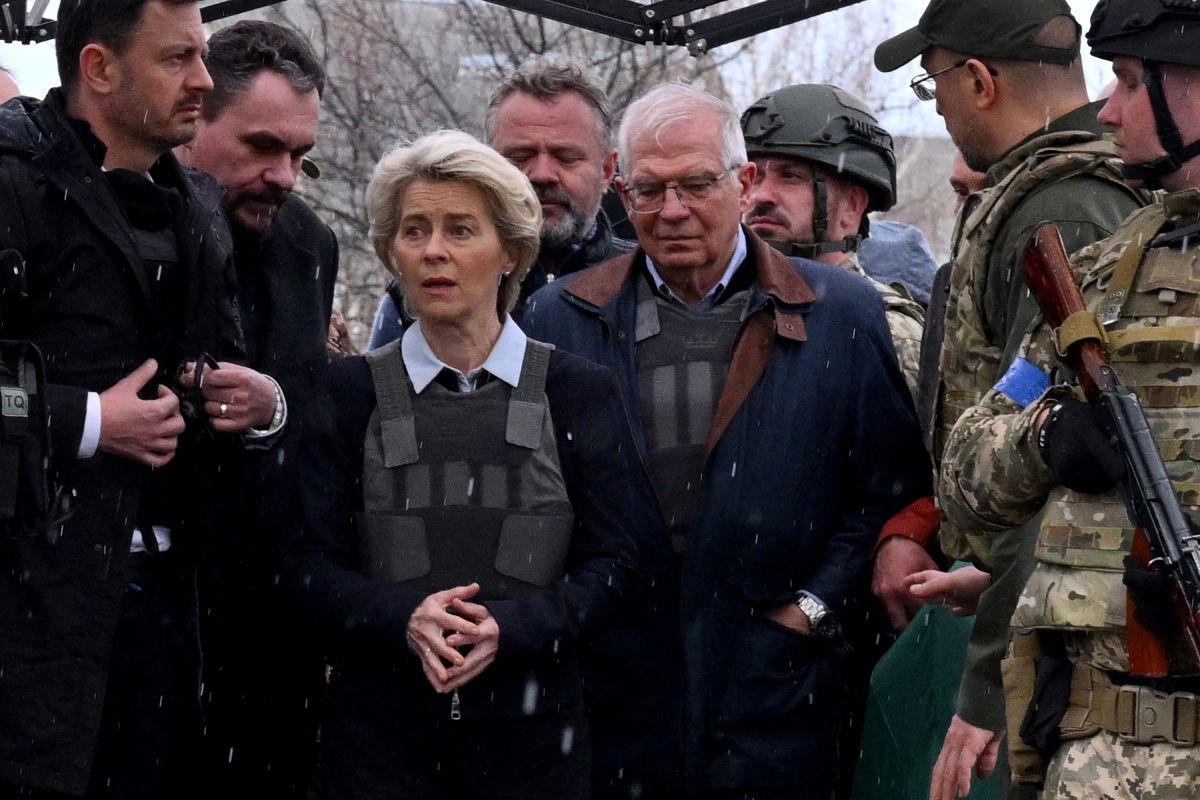 The President of the European Commission, Ursula von der Leyen, was surprised during her visit to Ukraine to see the bodies of civilians in Buchawho left the russian army massacre in that city, His reaction was caught on video. which has been highlighted by the international press.

Von der Leyen paid a visit to Ukraine together with Josep Borrell, High Representative of the European Union (EU) for Foreign Policywho could not believe what they were seeing, and promised that those responsible for the massacre in Bucha will be held accountable to justice for their “atrocities”.

And it is that before their meeting with the president of Ukraine, Volodimir Zelensky, to give him their support, von der Leyen and Borrell visited the common grave where the corpses of the 300 people massacred in Bucha are, outside of kyiv.

Volodimir Zelensky has accused Russian troops of atrocities and war crimes in Ukraine, including the massacre against 300 civilians in Buchahowever the regime of President Vladimir Putin has rejected the allegations.

The head of the European Community was shocked to see the corpses in the mass grave in Bucha and her reaction monopolized the cameras of the international press.

In the images, Von der Leyen is seen putting his hand to his chest as he exclaims his surprise at seeing the corpses that have been exhumed from the mass grave in Bucha.

“In Bucha our humanity was destroyed. This fight is our fight and I am in kyiv today to say that Europe is on your side,” Von der Leyen said.

For his part, the High Representative assured that in the face of these atrocities in Bucha and in the rest of Ukraine there can be no impunity.

“The European Union is providing all the necessary technical and financial support to bring justice to the victims and ensure that those responsible are held accountable”Borrell warned.

The finding of the hundreds of bodies in Bucha it was registered last week, after the Ukrainian army recaptured the city, which was in the hands of Russian troops.

The discovery captured international headlines and condemnation, and has increased reports of atrocities and war crimes committed by the Russian military.

–Ukraine denounces the discovery of 132 bodies with signs of torture in Makarov, a city near kyiv

–Woman is accused in the United States of killing her 8-year-old son, due to war paranoia between Russia and Ukraine

–Ukraine: Moving, 6-year-old boy places food on the grave of his mother who died of hunger