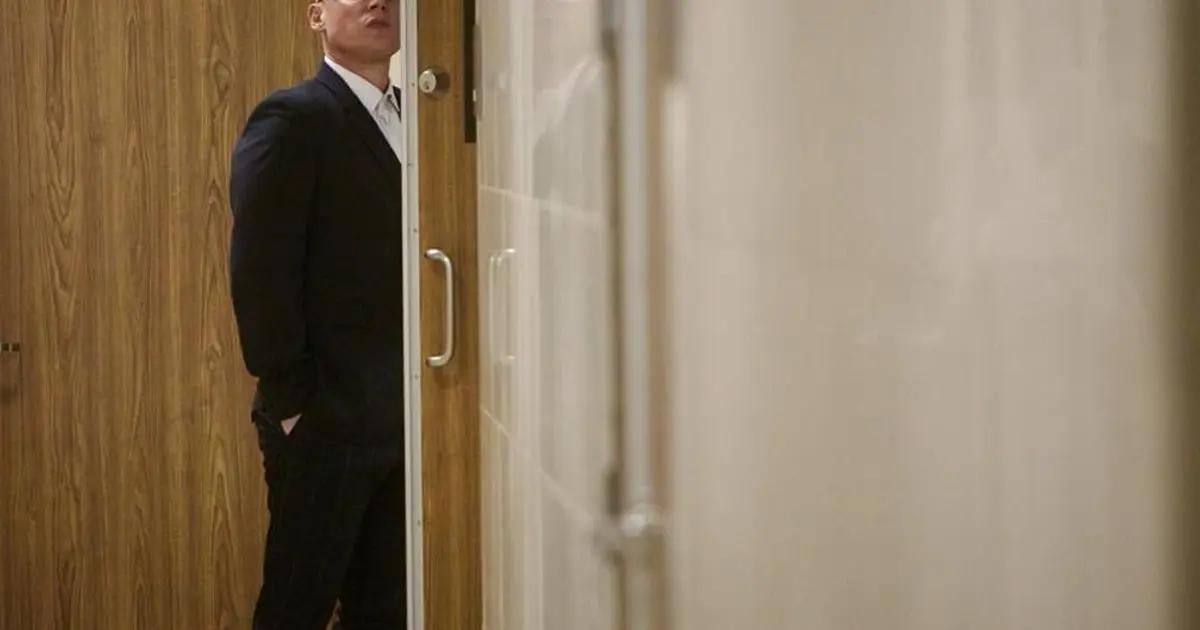 The superior judge Yumayra Serrano Murcelo determined that the preliminary hearing against the reggaeton player José Fernando Cosculluela Suárez will not be suspended and will continue at 2:40 pm today, Wednesday.

Since the parties did not agree on how they will organize the presentation of the case, the judge, with visible annoyance, determined that the trial parade of the prosecution and the cross-examination of the lawyers of Cosculluela would begin about the incident that is alleged to have occurred. on March 23, 2019.

Serrano Murcelo expressed annoyance: “I am not going to allow the process to continue to be delayed.”

The voice of “Sube y Baja” said between laughs when leaving the room that the most that overwhelmed him, in this case, was for “the shackle.”

The facts date back to September 2017 due to an alleged pattern of harassment that is the basis of the accusations that the Court of First Instance in Humacao examined this morning during the preliminary hearing against Cosculluela Suárez.

The artist was arrested on October 14 for allegedly committing repeated acts of domestic violence against his ex-partner, Jennifer Fungenzi Jaques, and for violating the Weapons Law.

Even though the Public Ministry has been hermetic about the evidence presented in room 205, Superior Judge Serrano Murcelo had indicated to the parties that, although the Supreme Court had authorized the transmission of the preliminary hearing, the testimonies of the alleged victim and a minor may not be released to the public.

“Since the victim’s testimony is sensitive, this Court understands that it should not be recorded on video or audio for dissemination. Likewise, in the case of the testimony of a minor, to protect it, it cannot be recorded audiovisually either,” the lawyer determined through a resolution issued on November 30.

Against the exponent of the urban genre weigh a total of 15 charges. Thirteen of these are under the Law for the Prevention and Intervention of Domestic Violence, while two of the charges were based on the 2020 Weapons Law.

The allegations that accompanied the complaints filed by the Public Prosecutor’s Office, which the artist’s defense sided with at the hearing to determine whether there was probable cause to continue the criminal proceedings against him, are revealing.

According to the documents that El Vocero had access to after the Court Administration Office (OAT) made them available, Cosculluela allegedly had a habit of threatening Fungenzi Jaques, who indicated that she feared for his safety. In some instances, it is alleged that the defendant also assaulted his ex-partner in different parts of the body, even when she was pregnant.

“[T]he defendant here, while arguing with the victim here in the residence they shared, grabbed her by the neck, squeezing her, suffocating her,” reads one of the documents. According to the alleged victim’s testimony, this conduct occurred on two occasions, the most recent being on March 14, 2020. In another of the complaints, it was indicated that Cosculluela “slapped the victim here, this knowing that she was pregnant.

On another occasion, Cosculluela allegedly called Fungenzi Jaques via “Facetime” to show her how he put a gun to the head of the woman’s Maltese dog.

“From September 2017 to August 2022 in Humacao… [Cosculluela] used psychological and physical violence against Jennifer Fungenzi Jaques, his spouse for approximately seven years, with whom he had two children, to cause her serious emotional harm. Consistent with the fact that the defendant constantly insulted the injured party by uttering profanity to her, physically assaulted her, and threatened her with harm, I feel that this is a constant pattern of conduct exercised in dishonor, discredit, and contempt for the personal value of the injured party,” highlights one of the complaints.

He intimidated her at gunpoint.

Similarly, the complaints include a total of two charges for violation of the Weapons Law. According to the documents examined by this medium, it is alleged that Cosculluela possesses a black machine gun but does not have a license issued by the authorities that authorizes its use.

The document also mentions that Cosculluela “entered the home of Fungenzi Jaques… through the room’s balcony, where he made several detonations with a firearm.” “Back on April 20, 2022, in Humacao… he fired a firearm, a black machine gun,” the Public Ministry alleges.

The complaints against Cosculluela were authorized by the coordinator of the Specialized Unit for Domestic Violence, Sexual Crimes and Child Abuse of the Humacao Prosecutor’s Office of the Department of Justice, Miguel Horneros Colón, and presented by prosecutor Heriberto Rivera Medina and signed by Judge Carlos Javier Capo Hernandez.

“Is the Public Ministry ready to establish its case against Cosculluela?” the news outlet asked.

“Rule 6 allows the Public Ministry to present its evidence through testimonies, sworn statements, or one of the two alternatives. In this case, it was determined to submit the evidence through sworn statements. In preliminary hearings, the witnesses that the Public Ministry deems necessary to support the determination have to give testimony and cannot be substituted by sworn statements. The strategy or witnesses that the prosecutors have for holding the preliminary hearing enjoys confidentiality. You can sit down to testify the one or those who is (are) included( s) in the complaints in the case,” prosecutor Laura Hernández Gutiérrez, director of the Coordination Division of the Specialized Units for Domestic Violence, Sexual Crimes and Child Abuse of the Department of Justice, stated in written statements to EL VOCERO.

In the same way, Hernández confirmed that “the victim is prepared for the judicial process and receives the services of the Office of Compensation of Victims and Witnesses of Crime of the Department of Justice.”

And the burned cars?

“The bus is beautiful to turn it on,” raises one of the complaints against the artist. According to the alleged victim’s testimony, Cosculluela would have sent this communication through a text message.

These alleged events occurred last Friday, October 14, when two vehicles parked in front of Fungenzi Jaques’ residence were found on fire. According to sources in this medium, this incident was the trigger that caused Cosculluela’s ex-partner to go to the authorities to report it. This led to the artist’s arrest, who subsequently went to court to face the first stage of the criminal process. A day later, Cosculluela was arrested, and the cause was found for a preliminary hearing for the 15 charges filed against him, setting a bail of $245,000, which he provided, being released on bail and with an electronic shackle.

This incident continues to be under investigation by the Puerto Rico Police Bureau. It was reported in writing without disclosing the status of the investigation. “Details that put the ongoing investigation at risk should not be advanced,” warned prosecutor Hernández Gutiérrez.

At press time, multiple efforts to obtain statements from the legal representation of Cosculluela Suárez have been unsuccessful.