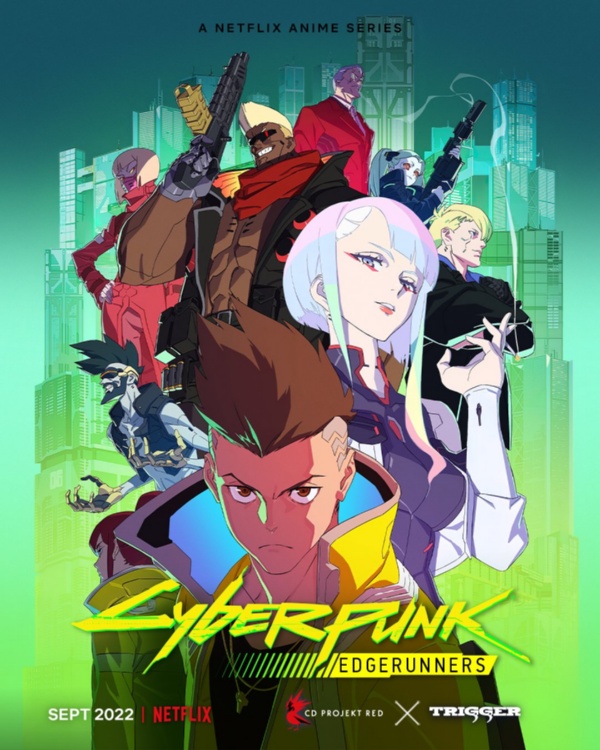 Cyberpunk: Edgerunners has been a success for Netflixwith the original anime adaptation following a side story that takes place in Night City from Cyberpunk 2077and the popularity among the anime community has increased thanks to the colorful cyberpunks that appear in all ten episodes.

Apart from the “main man” David Martinezhis beloved Lucy It struck a chord with many fans as David tries to make his dream come true while the pair try to carve out a life for themselves in a city where betrayal is a regular occurrence.

The latest anime series Cyberpunk: Edgerunners had Lucy meeting David by accident, attempting to scam him but ultimately falling for the nervous teen who discovers top-secret technology that gives him an advantage in the underworld of Night City.

Without delving too far into spoiler territory, it’s possible that Lucy will return in the future, though we imagine it could be through the cd projket game.

the cosplayer of Instagram Kan.Alyss shared the new version of Lucy in the Cyberpunk: Edgerunners universe. This character had a tragic childhood that led her to become one of the best hackers currently in Night City.

Edgerunners was created by Studio Triggera studio that fans of Japanese animation remember for their great work on anime like Kill la Kill, Paramore and BNA: Brand New Animal.

Hot on the heels of Edgerunners, Trigger has been confirmed to adapt a fan-favorite manga in Delicious in Dungeon, where a band of adventurers combines fighting with the hunt for delicious food.

The official Cyberpunk website revealed an official overview of the Edgerunners anime series, breaking down the story of David and his team if you haven’t had a chance to dive into Studio TRIGGER’s ten-episode series:

It may interest you: Do you need to play Cyberpunk 2077 to see Cyberpunk: Edgerunners?

“Cyberpunk: Edgerunners tells a 10-episode standalone story about a street kid trying to survive in a future city obsessed with technology and body modification. Since he has everything to lose, he chooses to stay alive by becoming an edgerunner, a mercenary outlaw. also known as cyberpunk”.

Do you think one day we will see Lucy return? In the meantime, American Post News informs you that the game Cyberpunk 2077 registered more than 1 million daily players after the release of the anime Cyberpunk: Edgerunners.