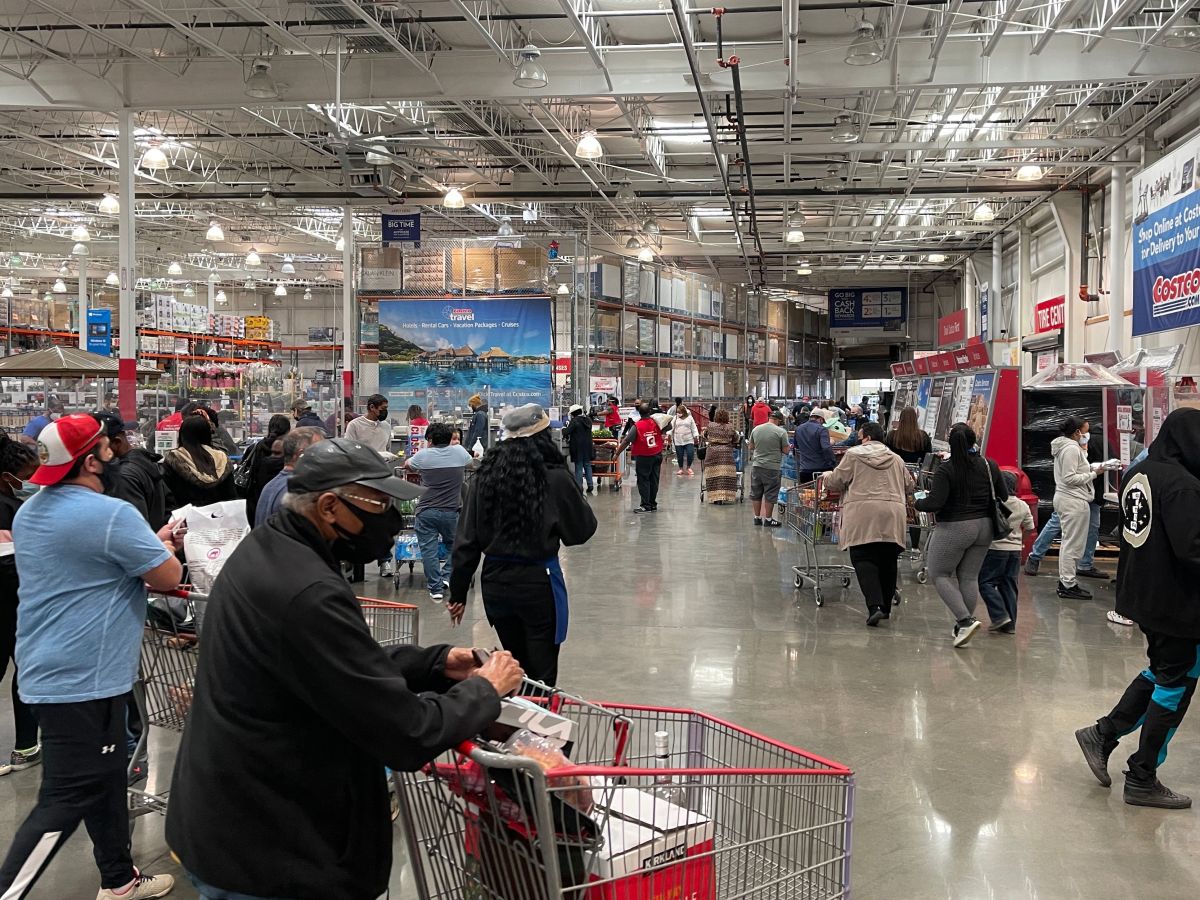 Since the beginning of the pandemic Costco has seen an increase in new customers but also in its expenses. The company was considered an essential retailer and was allowed to remain open while other businesses remained closed. According to a Wells Fargo analysis, the company increases its membership prices every 5 and a half years and that period is about to be fulfilled so the company could increase its costs.

The last time Costco raised its dues was in 2017. It did so by $ 5 for the regular membership, leaving it at a price of $ 60, and it increased by $ 10 for the executive membership whose annual membership was set at $ 120.

Since the start of the pandemic Costco, which recently announced that it will keep its reduced hours for the elderly in the face of the increase in coronavirus cases, has enjoyed an advantage over its competitors: the company was already prepared when it changed consumer behavior when they began to purchase a greater quantity of food and products in addition to making fewer visits to the branches.

In order to enter Costco branches, you must be a member and pay the annual fee for any of their memberships to enjoy the benefits and purchase products that you cannot purchase anywhere else. According to The Motley Tool website, it could increase your membership fee.

Costco aims to offer lower prices than its competitors so it buys the goods directly from the manufacturers, ensuring that prices are more competitive. According to The Motley Fool website, Costco could increase its membership fee very soon.

According to the Investors.com site, consumers think it is worth paying for an annual Costco membership already in the middle of last year during the coronavirus pandemic. renewal reached an all-time high as nearly 90% of customers renewed their card.

What will happen if Costco increases the price of your membership?

One of the income that the company has is generated by the membership fees generated by its memberships. During the third quarter of the year Costco had 60.6 million members and registered an increase of 900,000 members compared to the previous quarter.

Of that total, 24.6 million had an executive membership, that is, they paid double the annual fee but are entitled to a 2% reward in the return of cash on their annual purchases.

During the last quarter Costco had revenue of $ 901 million in membership fees. With an increase in your membership fee in your current membership base could represent an increase of up to $ 1.7 billion dollars that would be reflected in your income by adding 31% of that figure to your annual profits, assuming that its members do not oppose said increase and do not cancel their membership.

In 2020 Costco posted a record $ 5.4 billion operating profit which was fueled by the coronavirus pandemic and by the series of stimulus checks that were issued to taxpayers.

The company announced at the beginning of the year salary increases for its employees which could be another reason to increase your membership dues. Costco employs approximately 180,000 workers in the United States, where more than half of its employees earn more than $ 25.