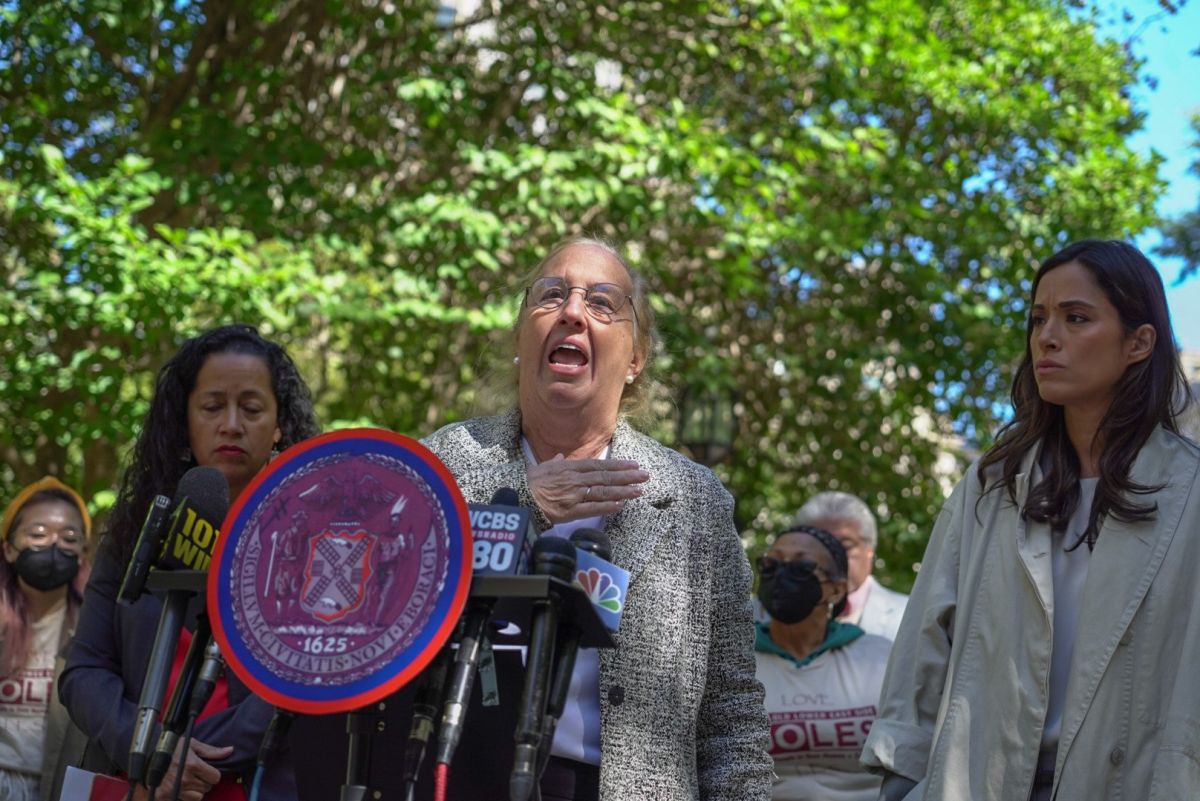 The “fire” of the controversy over the alleged presence of arsenic in water tests of the public housing complex Jacob Riis, in Lower Manhattan, where 3,700 people live, was not extinguished only by the verdict and the word of Mayor Eric Adams, who categorically concluded that “it was a laboratory error and there was never any contamination.”

This Friday, when some thought that these “waters” were calmer, a commission from the Municipal Council began an exhaustive investigation, listening to various parties to this conflict, including residents of this community located in East Villagethat they lived days of anguishand they still don’t have all the answers to their water quality questions.

Days prior to this incident, a series of complaints had been accumulated by the residents of some towers, due to the strange appearance of the water.

To clarify what actually happened there, the Councilor Gale Brewerbegan to lead a sequence of consultations and hearings, about the scandalous “water warning for the presence of arsenic”, which according to reports from the City was a “false alarm”.

“NYCHA residents deserve to be treated with dignity and respect. That is why we are not going to leave these complaints, nor half investigations. The lack of transparency reduces the confidence and suspicion“, said

On September 2, NYCHA issued a warning to its residents of the Jacob Riis Houses to avoid consumption and use of watersince some laboratory analyzes showed “arsenic contamination”.

Then on September 10 the notice was lifted and Mayor Adams stated that the water was safe to drink, blaming the company Environmental Monitoring and Technologiesbased in Illinois, of test failures.

But even today, a group of residents, who even move to take legal action for “damages”, assure that decided not to drink and use more wateruntil it is seriously clarified, if there was any level of contamination.

Also, the complaints about the cloudy appearance of water, which comes out of the pipes of these buildings, remains a point of commotion among the neighbors. An “anguish”, of not a few neighbors, which was also remembered before the body of local legislators.

Residents of this complex, such as Jovita Santiagowho has lived in Riis Houses for more than 60 years, reported that complaints about the quality of the water is “a problem that does not end”.

“I have filed thousands of complaints. I have been calling NYCHA because for some reason our water smells bad,” said Santiago.

During the hearing, NYCHA representatives repeatedly apologized for the confusion, while noting that continue to guarantee the quality of the liquid.

At the first hearing of the Council’s Public Housing Committee, to clarify this incident, the Ombudsman, Jumaane Williams, attended, who condemned “the long-standing patterns of mismanagement in NYCHA, which have contributed to a deep mistrust between tenants”.

The Ombudsman also questioned the fact that the former executive director of NYCHA and current president of this agency, Greg Russ, did not attend the hearing.

“I don’t know which is more puzzling: that NYCHA’s CEO recently resigned in the midst of this turmoil, or that he is still serving as President, earning a pretty good salary. And he’s not here.”narrowed down

This call was joined by the council president, adrienne adamswho valued that this research process is an opportunity to obtain more clarity on this issue.

“Residents of the Jacob Riis Houses have a right to feel fearful for inaccurate and misleading information in recent weeks. They deserve clear answers, not communications.”

Given the pressure and doubts that continue to suffocate this controversy, a spokesman for the Mayor reiterated in a statement: “We have already analyzed more than 140 points, both at the source and at the point of deliveryAnd we can say with confidence that the water at Riis Houses is, and has been, free of any discernible amount of arsenic since initial testing began in August.”