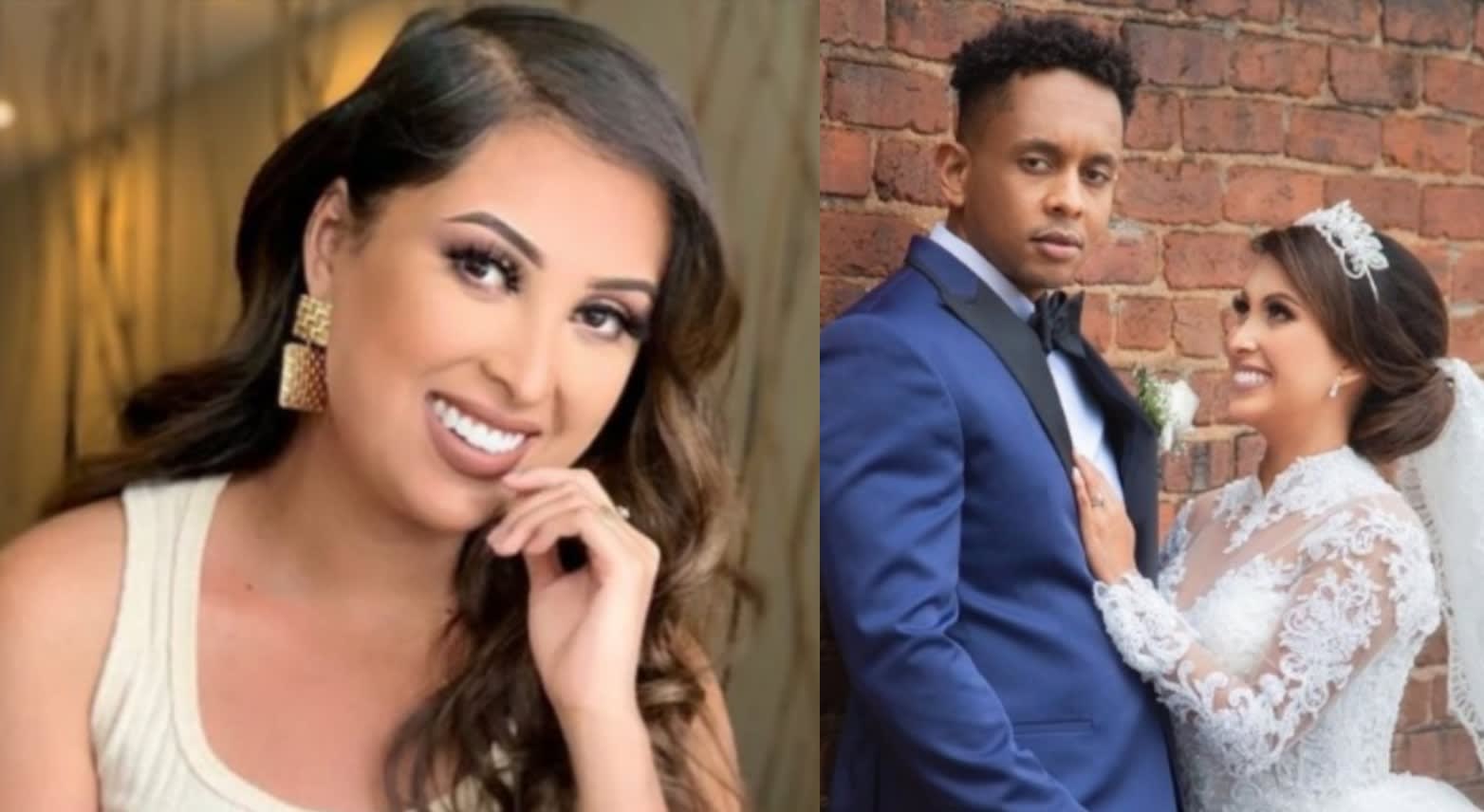 Message from husband Daniela Rodríguez. The world of entertainment was in mourning these days for the sensitive death of the former member of the reality show Enamorándonos USA de Univisión, Daniela Rodríguez. The sad news moved her acquaintances by the surprise death of the young woman that impacted all the companions who lived with her, according to People en Español.

The former participant of the famous show where the members went to find their ideal partner, surprised when she went down the street with her husband Darwin Cipion, since at that time the young woman suffered a cardiorespiratory arrest. Her partner immediately transferred her to a clinic, but despite their efforts they were unable to save her life.

It was on August 25 when the unfortunate death of the contestant of the Enamorándonos USA program, Daniela Rodríguez at the age of 29, was announced, just when she was in her native country, Mexico, outside a clinic in beauty, where she was with her mother and husband.

Given this situation, several celebrities sent their condolences to Daniela’s family, for the sensitive loss. Even her husband dedicated some emotional and painful words to her on his social networks to say goodbye to his beloved: “I will always take care of you, even if you have left me. I will always love you, until always my beautiful mors ”, he expressed.

Message from husband Daniela Rodríguez: It moved the Internet users

It is worth mentioning that Daniela and Darwin’s couple had barely 4 months of being married and according to their posts on Instagram they had several life plans, one of which was to start a family. Even the message from Rodríguez’s husband moved his followers who reacted to this message.

“My condolences, my countryman Darwin, we are with you from the Dominican Republic”, “God give strength and great strength to the whole family”, “How sad, God give comfort to him and other relatives,” wrote some of the Internet users in Darwin’s social network profile.

Through the People en Español Instagram account, they shared a photo where you can see Daniela Rodríguez very happy with her husband Darwin Cipion. Immediately the followers took the opportunity to send their condolences and react to the post of the widowed husband’s message.

“What a poor sadness and how happy they looked, it is incredible what happened. God comforts her husband and family. It must seem like a bad dream to her. glory ”,“ Very unfortunate loss ”,“ What sad news, so young and so happy that they looked RIP ”, some users commented.

Message from husband Daniela Rodríguez: Did you already anticipate his death?

Many even claim that he already foresaw his death, since a few days ago the famous contestant wrote a strange message on her official Instagram account, along with a photograph with her husband: “I only ask life that the days to reach me tell you how much I love you @flaccocipion ”.

After the sensitive death of Daniela Rodríguez was reported, Chilean host Rafael Araneda, host of this famous Univision program, shared an emotional message on social networks: “Today I woke up to the sad news that Daniela Rodríguez had died suddenly. I continue to be shocked and very anguished for her husband, Darwin Cipion, and for all the loved ones of this beautiful couple, ”wrote Rafael Araneda.

Also, the Chilean conductor confessed that Daniela and Darwin showed from the first chapter of Falling in love that love at first sight does exist, in addition to the fact that geographical distances would not be an impediment to strengthening their relationship and forming a family.

Message from husband Daniela Rodríguez: “What a great fragility … what a deeper sadness”

After leaving a dermatological clinic, where she was accompanied by her husband, Daniela Rodríguez died of a cardiorespiratory arrest. It was known that for several years she had suffered from heart problems, but apparently, the young woman did not follow up.

In another part of his message, Rafael Araneda said that just one day before the death of the former participant of Enamorándonos, the couple had been married for 4 months: “What a great fragility… what a profound sadness. My condolences and my prayers for all those who suffer from Daniela’s unexpected departure, and especially for the love of her life… Darwin ”.

They accompany Rafael Araneda in his pain

It did not take long for followers of the host of the program Enamorándonos to express their condolences after the death of Daniela Rodríguez: “That couple was the perfect reference that love surpasses everything! And until the end they showed that it is so. My soul hurts. Force their relatives ”.

“What a great sadness, I have been in shock, it has even given me a chill, a deep sadness as if she had been my family, what a great sorrow, Lord, that God has her in his holy bosom and that God has her for me. bless ”, commented another of the Internet users in his social network. Filed under: Message from husband Daniela Rodríguez.

Hard hit. Just a few days after he confessed that his children had ‘found’ his deceased father, who died in the middle of last year, the Mexican driver and model Ana Patricia Gámez is mourning the death of Daniela Rodríguez, a former participant of Enamorándonos.

“Life is very fragile, we are very sorry for your departure from this world so soon, Daniela, may God receive you in his glory, we accompany you in your pain, Darwin, and all his family, prompt resignation!”, Wrote Ana Patricia Gámez in this publication that to date is close to reaching 40 thousand likes. Filed under: Message from husband Daniela Rodríguez.

They join the pain of Ana Patricia Gámez

In the social networks of Enamorándonos, a program that Ana Patricia Gámez was part of until just a few weeks ago, the sensitive death of Daniela was also reported, who along with Darwin, were the second official wedding couple of this show.

What did the former participant of Falling in love die of?

According to Chamonic, the former participant of Enamorándonos died as a result of cardiac arrest. Daniela, who was about to turn 30 years old, went yesterday to a consultation at a dermatological clinic in Zacatecas accompanied by her husband.

“At the end of the consultation, the patient and her relatives boarded her car, parked in Sierra Pinos, in Bosques del Prado Sur, and requested help because the patient Daniela had seizures. Dr. Eduardo David Poletti assisted him with cardiopulmonary resuscitation maneuvers for 25 minutes, ruling sudden death at 3:30 pm ”. Filed under: Message from husband Daniela Rodríguez.