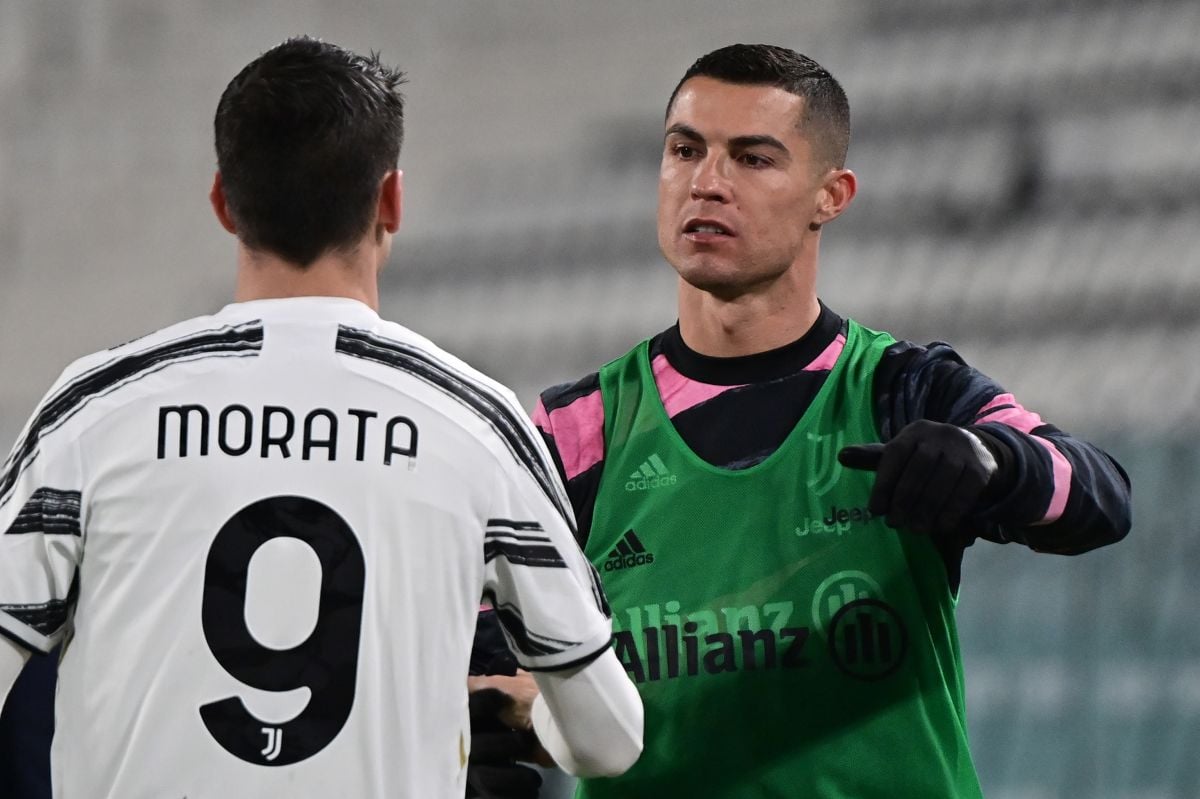 Maybe the Italian influencer Alice Campello, wife of soccer player Álvaro Moratais not particularly happy that she had to move her residence to Madrid, after her husband returned to Atlético, and thus put an end to the idyllic life in Turin that she shared with the striker and the three children of the marriage: Alessandro, Leonardo and Edward.

The also businesswoman was one of the main supporters of the agreement that brought the athlete back to Juventus during the 2020/2021 and 2021/2022 seasons, but last June she had to accept that the Italian club could not undertake the signing of the athlete, which brought them all once more to Spain. However, Alice has plenty of reasons to smile these days, as He awaits his fourth offspring with Morata and, this time, the creature will be a girl.

In conversation with her Instagram followers, the also founder of the cosmetic brand Masqmai has published a touching image that portrays her in a bikini and showing off his incipient tummy.

As if that were not enough to satisfy the curiosity of her fans, Alice has also been encouraged to reveal the name that her little girl will receive: one that seems to be inspired by the choices that, in this regard, his good friend Georgina Rodríguez has madepartner of Cristiano Ronaldo.

“Bella Morata Campello”, the beautiful mannequin answered when an Internet user asked her the million dollar question. Last April, Georgina Rodríguez and ‘CR7’ welcomed the adorable Bella Esmeralda, who will soon be celebrating his fourth month of life. The two girls are likely to end up being very good friends, like their respective parents.

Cristiano Ronaldo and Álvaro Morata met at Real Madrid, in whose quarry Alice’s husband was trained, and they also did it for a season at the aforementioned Juventus. Regarding the relationship between Georgina and the Italian, social networks have shown on numerous occasions how much they are happy for each other every time they celebrate their respective successes both professionally and personally.

On the other hand, Alice is not willing to exhibit that attitude that presents pregnancy only as a blessing and a period of joy. The truth is that, as has already happened in her two previous gestation processes, the model has to deal with various physical setbacks on a daily basis. “I have already assumed that my pregnancies are like this: tiredness, nausea and headache. But I’m used to it”, she pointed out with resignation.

Also read:
– Georgina Rodríguez, partner of Cristiano Ronaldo, reflects on self-love in one of the hardest years of her life
– Cristiano Ronaldo for ‘Chucky’ Lozano? From Italy they assure that Manchester United and Napoli negotiate this barter
– Karim Benzema indicated that Cristiano Ronaldo’s departure was key in improving his game