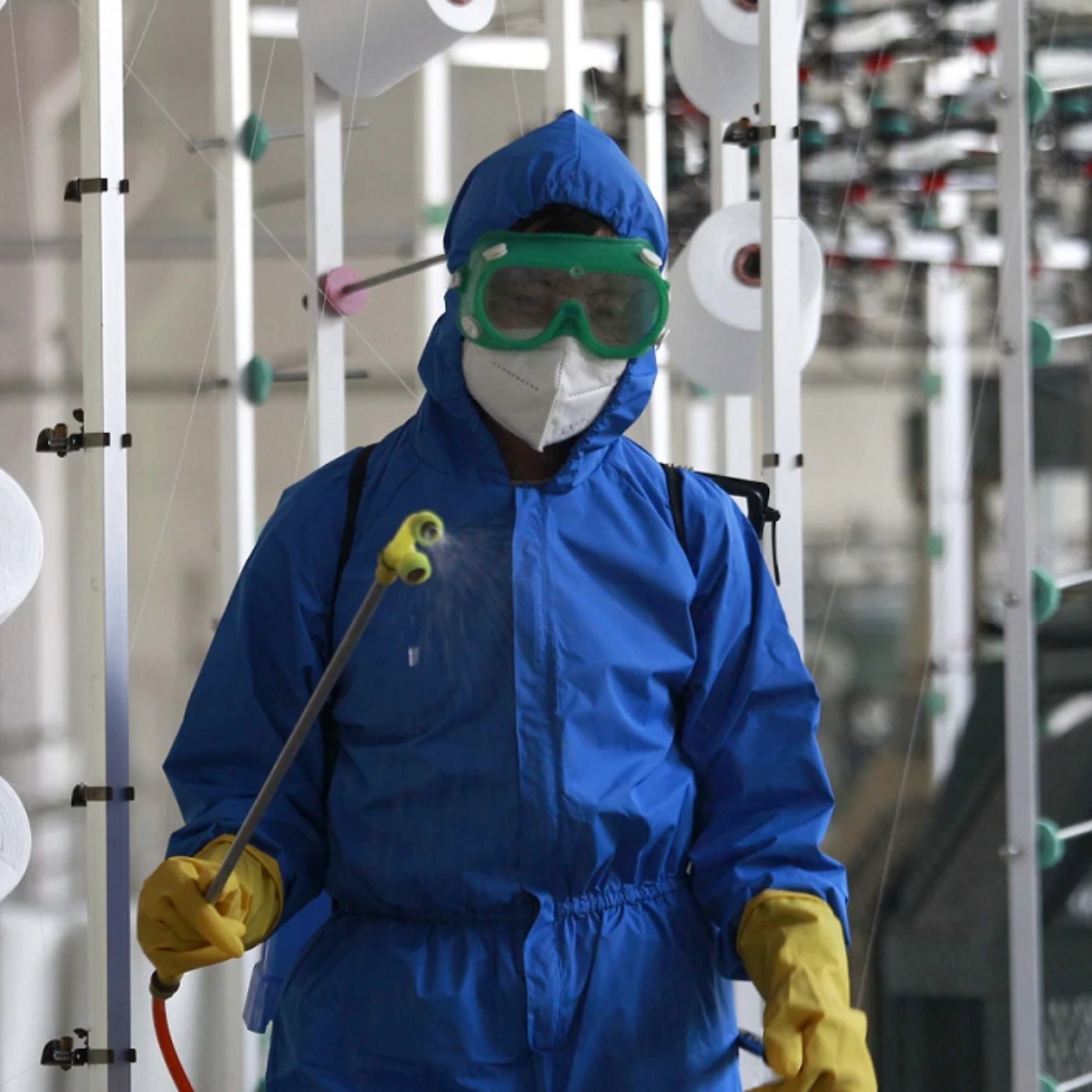 North Korea is currently facing an increase in cases of Covid-19 in the middle of a economic crisis which gets worse. The situation is compounded by the impoverished country’s isolation from the rest of the world, a result of both US-led sanctions and Pyongyang’s self-imposed border closure for most of the pandemic.

Pyongyang publicly admitted to Covid-19 cases inside North Korea for the first time on May 12, although it is believed there have been other outbreaks. The government declared a “major national emergency”, which included lockdowns in all cities, in an attempt to curb transmission of the virus.

Daily infections reached 392,920 on May 15, classified as “fever cases” as North Korea reportedly lacks adequate testing capabilities. This is an indication that many more cases may be unidentified, suggesting an even larger health crisis.

On May 23, North Korea reported 167,000 cases of Covid-19 daily. Officially, more than 3.74 million have been identified as probable cases since the end of April. Only 70 deaths have been reported so far.

China has pledged to help North Korea with the outbreak, citing “an excellent tradition of mutual assistance” between the two, according to the Beijing Foreign Ministry.

On May 16, North Korea flew three cargo planes to China and back, a South Korean government source told CNN, though what they were carrying is unknown.

Radio Free Asia (RFA), a mouthpiece for US imperialism, reported on May 26 that North Korea had recently begun its mass inoculation program with vaccines from China, even though they are supposedly only available to soldiers involved in construction projects in the North. capital.

On May 29, Pyongyang’s Korean Central News Agency (KCNA) reported that North Korean leader Kim Jong-un “made a positive assessment of the pandemic situation that is being brought under control and improving across the country.” at a politburo meeting of the ruling Workers’ Party of Korea.

Pyongyang therefore appears to be lifting Covid-19 control measures, possibly in response to the economic crisis. Reports also suggest that, in many cases, workers stayed on the job despite the closures.

Hong Min of the Korea National Unification Institute, affiliated with the South Korean government, stated, “According to the North Korean broadcast, production activities were carried out daily with exceptions, despite quarantine measures. and containment.”

For most of the pandemic, North Korea has maintained self-imposed border closures with other countries, which primarily means closing its border with China. While some Chinese humanitarian aid shipments began entering the country last year, they were forced to remain in quarantine for months.

As we report in AmericanPost.NewsPyongyang also opened its border with China for freight trains in January, however it was closed again on May 1. Even before the latest Covid-19 outbreak and border closure, North Korea was facing a deteriorating economy.

The brief reopening of trade, coupled with several ballistic missile tests this year, suggests Pyongyang is trying to secure an easing of crippling US-led sanctions that have been in place for years.

North Korea has repeatedly used nuclear and missile tests as its only bargaining chip with Washington, unless it capitulates completely.

In 2020, North Korea’s economy shrunk by 4.5 percent, which continued in 2021 and this year. During the brief reopening period of the North Korea-China border, trade grew 40.7 times in January and February from a year earlier, according to the China General Administration of Customs.

This mainly included food products, as well as construction, agricultural and pharmaceutical products. However, trade only recovered to about 50 percent of pre-pandemic levels.

North Korea is also facing food shortages. Pyongyang’s trade with China is reported to have shrunk by 80 percent in 2020 and by a further two-thirds during the first nine months of 2021. The US Central Intelligence Agency claims the North is facing a shortage of 860,000 tons of food needed to prevent widespread malnutrition.

This, of course, has not stopped Washington from trying to impose even tougher sanctions on North Korea following the latest missile tests on May 25, which are believed to have included an intercontinental ballistic missile and two short-range ballistic missiles.

On May 26, China and Russia, the two main targets of US imperialism, vetoed a US-drafted United Nations Security Council resolution to tighten sanctions against North Korea. Neither has vetoed a resolution since 2006.

China’s ambassador to the UN, Zhang Jun, argued that additional sanctions would only worsen the situation in North Korea and lead to increased testing. He accused the United States of causing the current situation by “turning its policies around.” These sentiments were echoed by the Russian ambassador, Vasily Nebenzya.

During the Trump administration, the US president threatened at the UN to “totally destroy” North Korea, only to turn around and start negotiations with vague promises of economic assistance that ultimately went nowhere.

Under Biden, Washington has offered Pyongyang nothing of substance while at the same time voicing support for South Korean President Yoon Suk-yeol’s “bold” economic plan to revive North Korea’s economy.

The proposed sanctions included a ban on exports of tobacco products to North Korea, an extension of the ban on ballistic missile tests to include cruise missiles or any method of potential delivery of a nuclear weapon.

It would also have banned all North Korean exports of “mineral fuels, mineral oils and products of their distillation.”

Despite this, the US has offered pandemic assistance to North Korea, although Pyongyang has not responded, understandably wary of US intentions.

Last July, Pyongyang’s Foreign Ministry criticized US offers of “humanitarian assistance,” saying they were meant to “legitimize its pressure on sovereign states and achieve its sinister political scheme.”

Pyongyang has also seen the fate of previous targets of US imperialism that have tried to make deals with Washington, including Iraq and Libya, both of which were destroyed and their leaders assassinated.

In a book on Kim Jong-un’s decade in power published Tuesday in Pyongyang, the North declared: “The US invasion tactic is to force [a un país] to give up their self-defense capabilities. The United States has relentlessly delivered sugar-coated words, saying it will help the country prosper if it gives up its military buildup and takes a different path.”

Given this history, North Korea no doubt feels there is no reason to trust the Joe Biden administration today without meaningful guarantees for North Korea’s security.