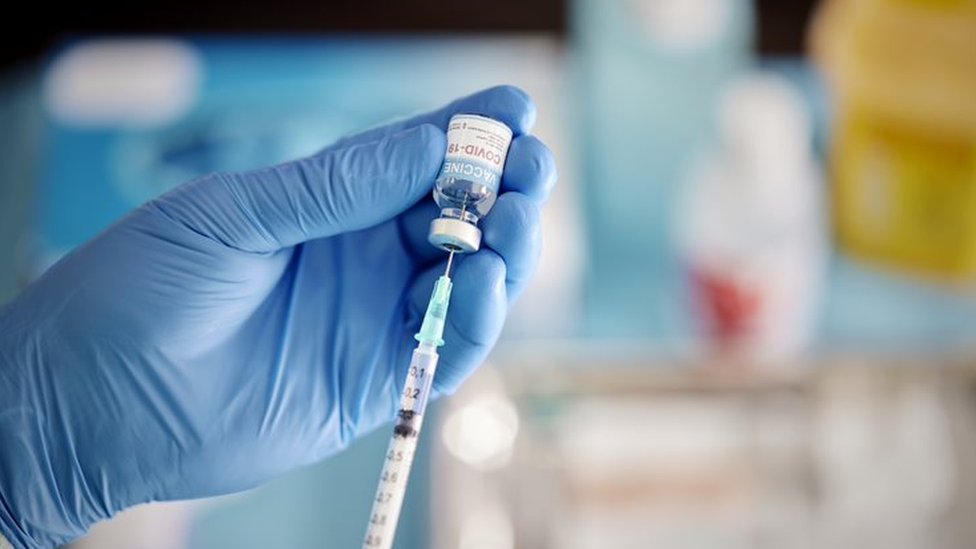 After spending years fighting covid-19, many countries have ended lockdowns and are slowly getting back to normal. But in North Korea the story is different.

After two years without reporting a single case of covid, Pyongyang reported on May 16 that more than a million people have fallen ill from what has been defined in state media as a “fever.”

The real figures could be much higher than the official ones, since the totalitarian state of 25 million inhabitants is known for its secrecy, and the testing capacity of the Asian nation is limited.

So far at least 56 people have diedbut it is not known how many of those suspected cases have tested positive for the virus.

North Korea last week announced its first confirmed cases of covid, although experts believe the virus has likely been circulating for some time.

“The spread of the malignant epidemic is the greatest upheaval that has befallen our country since its founding,” Kim Jong-un, the country’s leader, said, according to the official KCNA news agency.

Consequently, his government imposed a “maximum emergency” control at the national level, in a nation already isolated from the rest of the planet.

Liz Throssell, spokesperson for the United Nations High Commissioner for Human Rights (OHCHR), expressed concern on Tuesday about the “likely impact on human rights” of the confinement imposed by the authorities.

BBC Mundo explains in three keys why the situation in this Asian country is so worrying and how it got here.

North Korea rejected help from the international community to supply the country with vaccines, believing it could keep the virus under control with the border closures it imposed in January 2020.

“Some sources believe that they are waiting for more effective mRNA vaccines, instead of immunizing the population with less effective injections,” he explains.

“Another line of thought is that foreign vaccine supply comes with conditions that are unacceptable for Pyongyang.

For Kee Park, professor of Global Health and Social Medicine at Harvard University, there are other reasons.

First, the traditional North Korean philosophical theory known as “juche” emphasizes the self sufficiency: “Asking for help is not easy for them,” explains the teacher in an interview with BBC Mundo.

In addition, he explains that since the pandemic began, the entry of humanitarian cargo has been reduced because the North Korean authorities see the entry of cargo and external personnel as a possible access route for the virus.

“With the virus already inside the country, they would have to reassess the risk Y benefit from foreign aid,” adds Park.

In recent days, a group of planes from Air Koryo, the North Korean state airline, have made multiple flights to and from China, after being parked for more than 2 years.

“These flights could suggest a change in North Korea’s disposition to accept air cargo”, says the expert.

According to him, this could have significant implications if they finally decide to accept help from other international organizations.

North Korea currently lacks testing capacity, adding to shortages of essential drugs and equipment to deal with the coronavirus.

Professor Kee Park recalls that it is a low-income country with a health system that has limited resources.

“Despite a relatively high density of health workers, the system would struggle to handle the surge of patients,” he says.

For his part, North Korea expert Alistair Coleman explains that Pyongyang’s response to covid has always been deny that the virus exists in the country.

“The State’s response was to close its borders and implement a hygiene strategy to prevent infections, fumigate public places such as train stations, schools, hospitals, etc…”, he adds.

But in reality, the country could not be less prepared to combat the disease.

“The health system has been and is quite terrible,” says Jieun Baek, founder of Lumen, an NGO that monitors North Korea.

“It is a very decrepit system. Aside from the two million people who live in Pyongyang, most of the country has access to very poor quality medical care“.

People who have fled North Korea have claimed in the past that syringe needles are reused until they rust and that beer bottles are turned into makeshift IV containers.

In addition to an unvaccinated population, there is shortage of medicines and personal protective equipment (PPE).

And the tests are very limited: only 64,000 tests have been carried out since the start of the pandemic, according to figures from the World Health Organization.

By comparison, South Korea has carried out as many as 172 million tests so far.

As a consequence of Pyongyang’s rejection of help from the international community to vaccinate the population, herd immunity in the country is extremely low.

Although there are rumors that some members of North Korea’s elite have been vaccinatedthe vast majority of North Koreans have not received any dose against covid.

In fact, during the pandemic, state media have warned about the ineffectiveness and dangers of vaccines against covid.

With no confirmed cases of Covid-19 in the last two years, the population is “immunologically naive to the SARS-Cov-2 virus” and all its variants, says Harvard professor Kee Park.

“So far they haven’t had any outbreaks, so no one has developed immunity. In addition, they still have to vaccinate the population. They essentially have no immune protection,” he adds.

The World Health Organization (WHO) expressed his “concern” on Monday about the situation in North Korea, since the omicron variant seems to have already affected almost 1.5 million people in the Asian nation since the end of April.

“Since the country still has not started vaccination against covid-19, there is a risk that the virus will spread rapidly unless it is curtailed with immediate and appropriate measures,” WHO regional director Khetrapal Singh warned in a press release.

For her part, Liz Throssell, spokesperson for the OHCHR, pointed out that in the absence of a vaccination campaign, the spread of the pandemic “could have a devastating impact on the human rights situation in the country.”

Through a statement published on Tuesday, the official called on the North Korean authorities to discuss with the United Nations the opening channels for humanitarian supportincluding medicines, vaccines, equipment, and other life-saving support.

“We also urge the authorities to facilitate the return of international and United Nations personnel to assist in the provision of support, including vulnerable populations and those living in rural and border areas.”