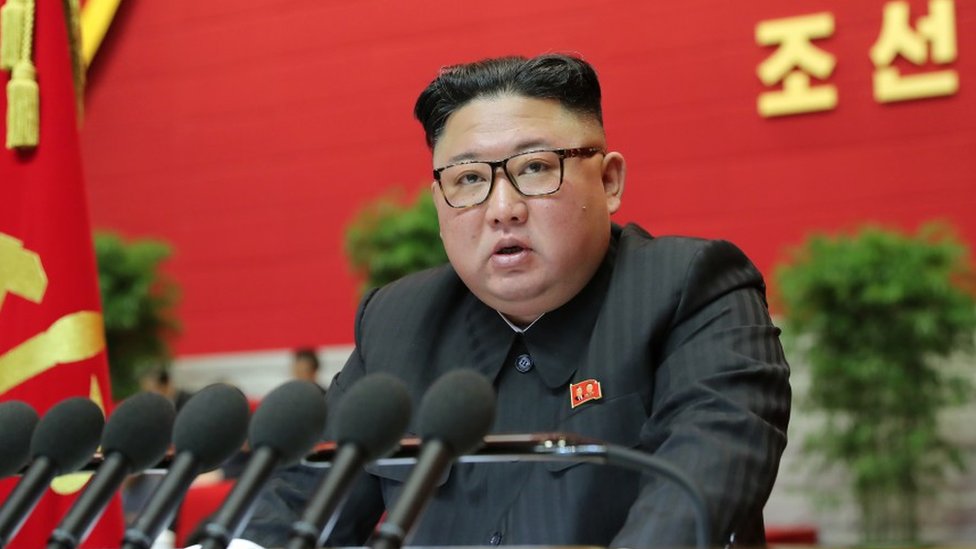 After two years without reporting a single case, covid-19 spreads uncontrollably with more than 3.5 million infections and 70 reported deaths, although experts estimate the real number in the thousands.

With the country in a health emergency, Kim has intensified his missile launches: 17 this year and three recently, including an intercontinental one that puts the United States within reach of a nuclear attack.

And tension with South Korea has risen in recent months, with Pyongyang threatening its neighbor with a pre-emptive nuclear strike.

North Korea, a communist country with atomic weapons whose military spending is one third of GDP, where military service lasts 10 yearsaccused of having a brigade of hackers dedicated to stealing assets and cryptocurrencies, where it is mandatory to wear a pin with the portrait of the Kims and criticizing the leader is paid with life according to those who manage to get out, he never ceases to be in the spotlight nor to arouse strong interest, curiosity or fascination.

But it is so hermetic that very few know what happens inside or, at least, have knowledge, means and privileged sources to look at its reality and interpret it.

One of them is Russian academician Andrei Lankovprofessor of Korean Studies at Kookmin University in Seoul and director of the specialized media outlet NK News.

Lankov, who studied at Kim Il-sung University in Pyongyang in the 1980s, has written eight books on North Korea and many consider him the greatest expert on this country.

In this telephone interview, he offers us important clues about the current situation in North Korea, its challenges and intentions at a crucial moment in its history.

How believes that was North Korea able to contain covid-19 until recently?

With total isolation. No other country was so isolated from the outside world. Since the spring of 2020, no one has been allowed to enter North Korea and only a small number of foreign diplomats and expatriates have been allowed to leave. Trade was reduced to a minimum and train connections with China and Russia were closed.

His strategy was to maintain that isolation for a few years until the pandemic was over in the world, then get free vaccines for the 25 million North Koreans and the matter would be solved.

Somewhere, somehow, someone with covid made it through. We will probably never know who “patient zero” was. A smuggler? A spy back from a mission? A railway worker who visited China? The thing is that someone brought the infection and it began to spread like wildfire among a malnourished and unvaccinated population.

Who is to blame for the current situation?

Actually, no one. North Korea’s top brass made a bet. They knew that they could afford a level of self-isolation that would be unacceptable in any other country, and they tried to take advantage of this advantage. They could have been successful, but they were not.

But Kim Jong-un blamed “irresponsible” workers, among others.

If you’re a politician, you need scapegoats, right? Especially if you run an authoritarian regime. If there is anyone to blame, it would be Kim himself and his close advisers, but I wouldn’t blame them, as his strategy didn’t necessarily seem wrong. They bet all or nothing and lost.

Why is no one vaccinated in North Korea?

I strongly suspect that 0.01% of the elite have been vaccinated.

But, in general, their logic is clear: they did not want to invite foreigners so that they would not bring the disease, not even from allied countries, and without foreigners it is not possible to carry out large-scale vaccination campaigns. And they also don’t have the capital, equipment, or experience to develop a vaccine of their own.

what?hey serious do you think is the real situation of covid in North Korea?

I think the figures reported by state media are correct, with one important exception: they underestimate deaths. If the normal mortality rate of omicron is estimated at 0.015% they should have thousands of deaths, and more considering the unfortunate state of health of the population.

What condition is the North Korean health system in?

If you compare North Korea to other countries with the same level of per capita income, it’s pretty good. The problem is that we are talking about very poor countries.

North Korea has many doctors but lacks supplies and equipment. Its rural hospitals essentially run on technology from the early 20th century. This means that if an outbreak breaks out, as is the case, there is almost no access to resources like lung ventilators.

How has the pandemic changed North Korea?

North Korea has suffered the double impact of pandemic and sanctions. In 2017, unusually harsh sanctions were imposed that make most foreign transactions difficult or impossible.

When the pandemic arrived, its foreign trade had been reduced to almost half of the normal level. The pandemic was an additional blow, so today it has practically no economic exchanges with the outside world.

And how does this affect ordinary North Koreans?

It is often overlooked or underestimated that Kim Jong-un’s first 6 years (2012-2017) were quite successful and the economy grew fast.

This improvement was stopped by sanctions and then the pandemic. The standard of living has dropped. If there is no widespread famine, it is because China is determined to keep North Korea afloat: it sends grain, fertilizer and fuel, in small quantities but enough to avoid a serious humanitarian disaster.

Why does China do that?

Beijing has its differences with North Korea and does not look favorably on its development of nuclear weapons. However, he sees it as a cushion keeping US forces away from China’s borders.

And now that China is in open confrontation with the US, North Korea’s strategic value has increased dramatically.

Besides China, what have been North Korea’s main sources of income in the last two years?

Your government is involved in all kinds of illegal activities. We have recent reports of cybercrime operations targeting major banks and corporations around the world.

What evidence points to the North Korean government as the perpetrator of these cybercrime operations?

Piracy is notorious for problems tracking down perpetrators. However, I believe the reports of computer security experts. maybe influence frequent hacking attacks on my own computers organized by some people who speak bad English but who are very, very interested in stealing data related to North Korea.

Is cybercrime an important source of income for Pyongyang?

It is a significant contribution but no one except a small group of people in the North Korean government can say how much they earn from these activities.

We have heard of massive heists, such as the robbery of the central bank of Bangladesh or recently a Vietnamese online gaming company. However, it is difficult to launder and use that money. As far as I know, they haven’t been able to access most of the money they’ve stolen.

What do you know about those two specific cyberattacks and the involvement of the North Korean government?

Nothing, apart from what I read in newspapers and in open access reports.

Kim Jong-un described the COVID-19 outbreak as the biggest upheaval in 70 years. Do you think it could lead to political or other changes in North Korea?

North Korea has a large vulnerable population and there will be a higher than usual number of deaths.

However, its citizens are not going to start a rebellion because they are disorganized, terrified and isolated. If we take the worst case scenario, 0.5% of its population will die, but 20 years ago they had a massive famine where 2 or 3% of the population died and there was hardly any political impact.

Thus, the threat is not the pandemic itself but an extreme reaction from the government: for example, if they do like China and lock down the main cities, what little is still working in the economy could be paralyzed, causing serious economic difficulties and perhaps political unrest. .

North Korea has staunchly supported Russia in the invasion of Ukraine. Do you see any particular motivation?

North Korea’s diplomacy is not ideologically motivated but very pragmatic. They want Russia, which is a permanent member of the UN Security Council, to return the favor by vetoing resolutions in that body to sanction North Korea for its nuclear and missile tests.

What do you think about the hypothesis? raised in some media that North Korea is beefing up its nuclear and missile capabilities to invade the South?

It is not something realistic. North Korea dreams of it, but it’s not going to happen any time soon. However, deep down, for Pyongyang the invasion of Ukraine is a good lesson: never, ever, give up your atomic weapons.

Ukraine had many nuclear devices after the collapse of the Soviet Union and agreed to hand them over in exchange for promises of security and territorial integrity. These promises were broken and no one lifted a finger to defend Ukraine.

Let’s talk about Kim Jong-un, is there any challenge or threat to his leadership within the country?

I think that today he is the undisputed leader. North Korea’s elite may have never heard of America’s founding fathers, but their policies are defined by a phrase from Benjamin Franklin: “We must stand together or we will most certainly be hanged separately.”

And, if you’re on a submarine, you’re not going to kill your captain.