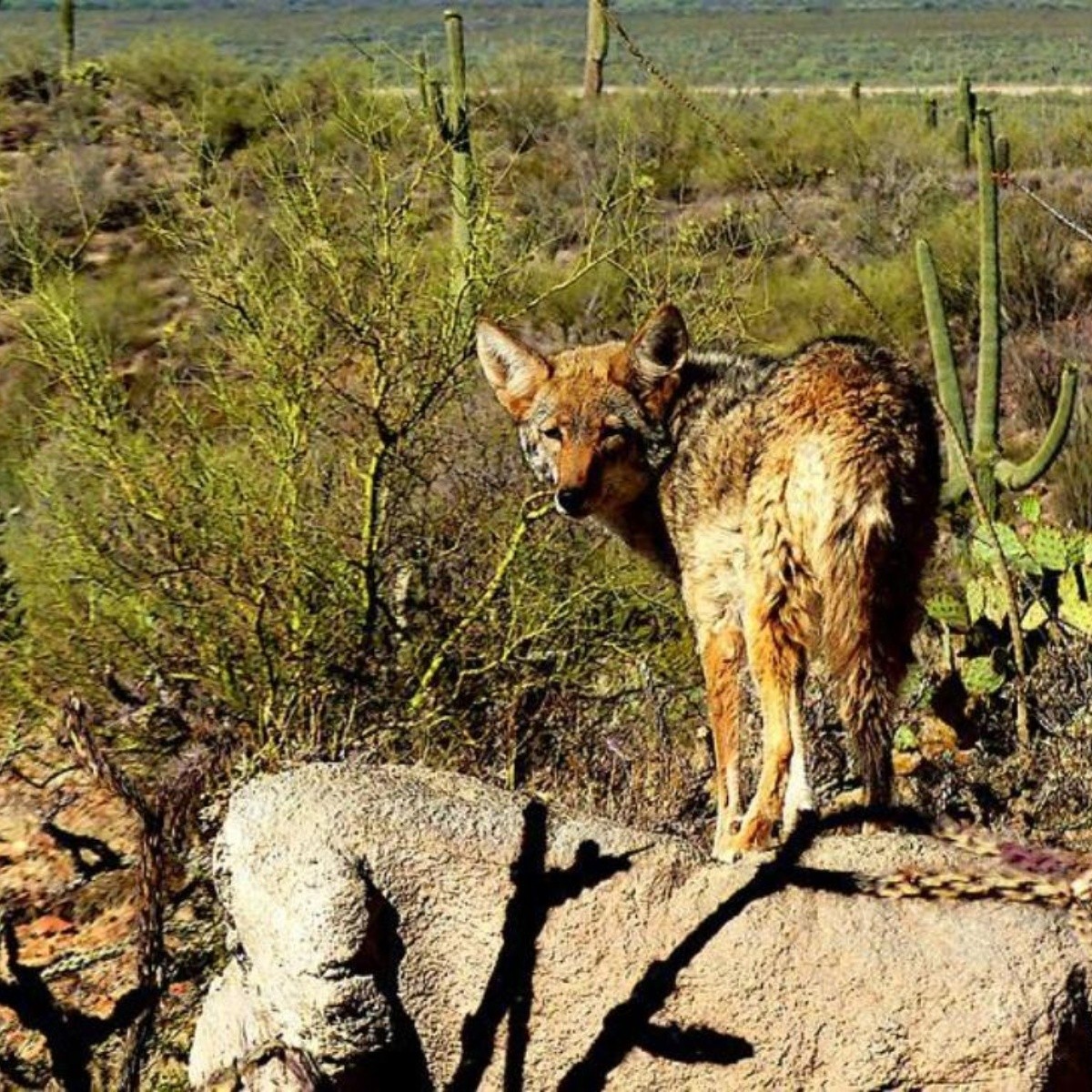 USA.- A wild coyote entered a house and attacked one of the petshowever he was saved by the other dogs.

A family in Huntington Beach in the United States, shared the images captured by a surveillance camera and shows how the coyote jumped a wall of almost 2 meters.

The coyote grabbed one of the dogs by the neck and dragged him across the yard, the biggest dog in the family, a Labrador retriever named Cody, ran out to save the little dog and chase off the coyote.

The homeowners said they have recently seen an increase in coyote activity in their neighborhood.

“Actually this last year, they’ve been coming by where I take my kids to school and I see a coyote walking and it’s right in front of the school,” said Melissa Patriacha, owner of the puppy who was attacked by a coyote.

The owner stated that it was a terrifying moment. It should be noted that in April a coyote attacked and seriously injured a girl in Huntington Beach.

Police had to put down the coyote involved in that attack when they found him the next day.