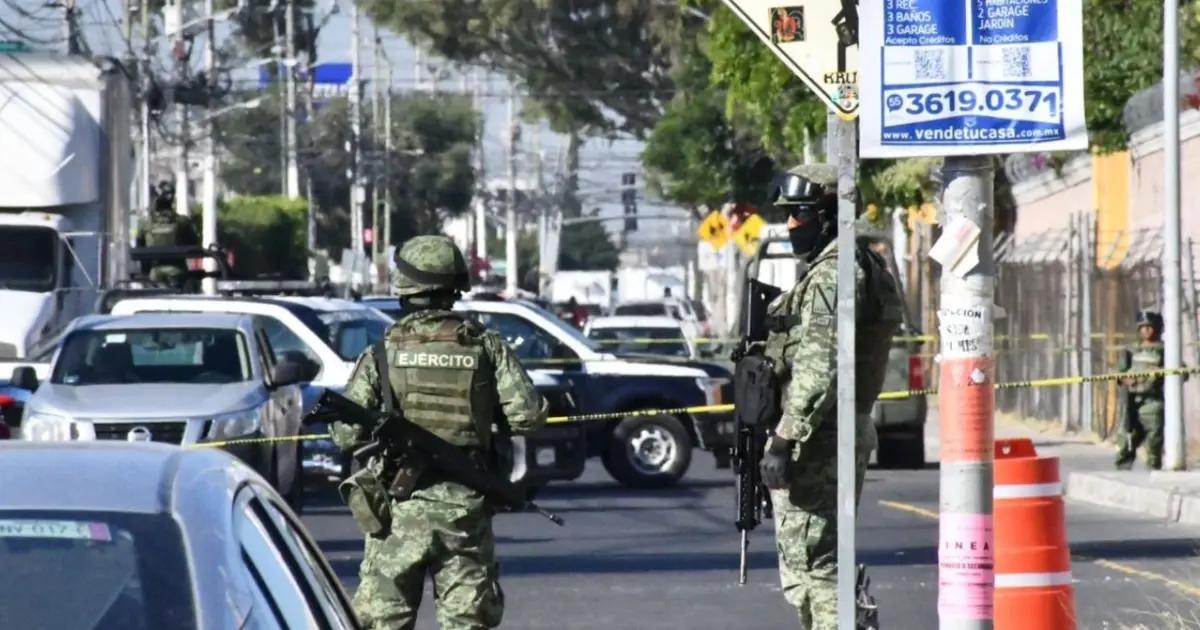 This is what we know about the tarpaulins, cardboard, a burnt-out vehicle, coolers with pig entrails, and the attack on the Querétaro municipal police facilities, in the Cerrito Colorado neighborhood, with the detonation of an explosive device.

In this regard, the State Attorney General’s Office reported that an investigation folder had been initiated, corresponding to the facts mentioned above, where actions are carried out to fully identify the subjects who possibly intervened and establish their location.

“Likewise, the Expert Services carried out the processing and analysis of the viscera left in Styrofoam containers, and it has been determined that they are of animal origin, specifically pigs,” the State Attorney General’s Office reported.

About the tarps located in the communities of La Lira and La Venta, in the municipality of Pedro Escobedo, yesterday morning, the security unit reported that the first investigation data was collected through video surveillance cameras, identifying two vehicles that participated in the events and are in search of him.

Meanwhile, this Monday around 6:25 a.m., two armed individuals fired at the municipal police facilities of the capital, located in the Cerrito Colorado neighborhood to the Northwest of the capital, in addition to using an explosive instrument that was analyzed by SEDENA personnel and an expert from the Querétaro Prosecutor’s Office. A strong operation was mounted to find those responsible until he had been informed of their location and arrest.

Moments later, in the Graciano Sánchez and Raymundo Enríquez streets of the Casablanca neighborhood, a burnt-out Nissan Tsuru was located, on one side an ice chest with cardboard and a message to the authorities, streets further up, specifically Tierras y Aguas, another canvas allusive to an organized crime group and with a message also addressed to the authorities.

Moments later, residents of the Estrella neighborhood reported the location of another banner at the corner of Jalpan and Lázaro Cárdenas streets with the same message.

At the same time, in the Sta. Rosa Jáuregui district, on the vehicular bridge connecting the Montenegro community to the district, three coolers with red cardboard each and messages also addressed to the authorities were located. Finally, on the Celaya highway near a commercial outlet, police from the municipality of Corregidora located cardboard with the same message as the previous ones.

“Regarding the events that occurred this Sunday and Monday in the municipalities of Pedro Escobedo, Corregidora, and Querétaro, it is reported that all the corporations are working on the data that has been produced in the first investigations on the participating vehicles and people,” informed the Secretary of Citizen Security.