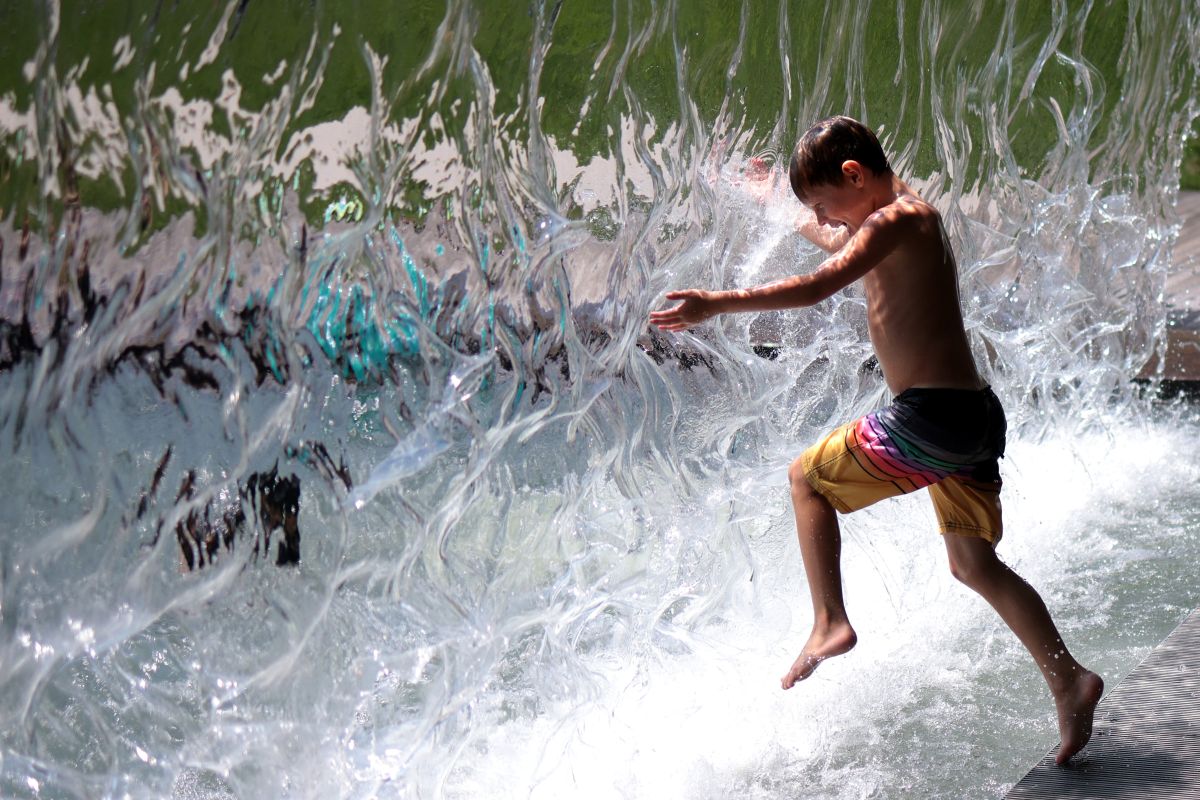 More than 20 million people in 16 states were under alerts for the heat wave on Wednesday, as cities across the country reported record daily temperatures, with the worst of the sweltering heat hitting the South, East and the Great Plains, according to CNN.

Atlanta, Georgia, tied its June 22 record with 98 degrees Fahrenheit on Wednesday, while about 80 miles to the south, Macon set a new heat record for the day at 105 degrees, according to the National Weather Service (NWS).

The NWS forecast indicates that the dangerous heat wave will affect the southern US for the rest of the week, while sweltering heat will build in the plains through Friday. Monsoon showers and storms will persist through the week and may produce flash flooding in the Four Corners region, areas of Arizona, New Mexico, Colorado and Utah.

Mid to late week, air temperatures combined with high humidity will cause heat indices rise to dangerous levels, between 105 and 110 °F, in states like Tennessee, Alabama, Mississippi, Georgia, Louisiana, and Arkansas, among other places.

Nashville recorded its first 100-degree day for the first time in nearly a decade, according to the weather service. The city also broke its temperature record for the June 22 date, reporting 101 degrees just before 3 p.m., the service said.

At least a dozen high-temperature records were tied or broken Wednesday across the eastern United States, from Arkansas to New York.

This is the second heat wave in two weeks in many parts of the country.

A massive heat dome across the East and Midwest created record temperatures in several cities last week. And other parts of the country faced extreme weather conditions, including historic flooding, wildfires and severe storms.

Heat across the South and the Plains is expected to continue to increase in the coming days with much of the region expected to see more records, the NWS said.

About 65% of the US population will see temperatures above 90 degrees over the next week, with nearly 55 million experiencing sweltering temperatures of 100 degrees or higher.

Heat waves are a serious threat to public healthas heat ranks as the leading weather-related cause of death in the United States on average each year.

Heat waves like this are getting hotter, more frequent, and longer lasting due to human-caused climate change, according to numerous scientific studies.

– Intense heat will have southern California when summer is about to begin
– New heat wave will raise the temperature next week in much of the US.
– Northeast heat wave threatens millions with record-breaking temperatures